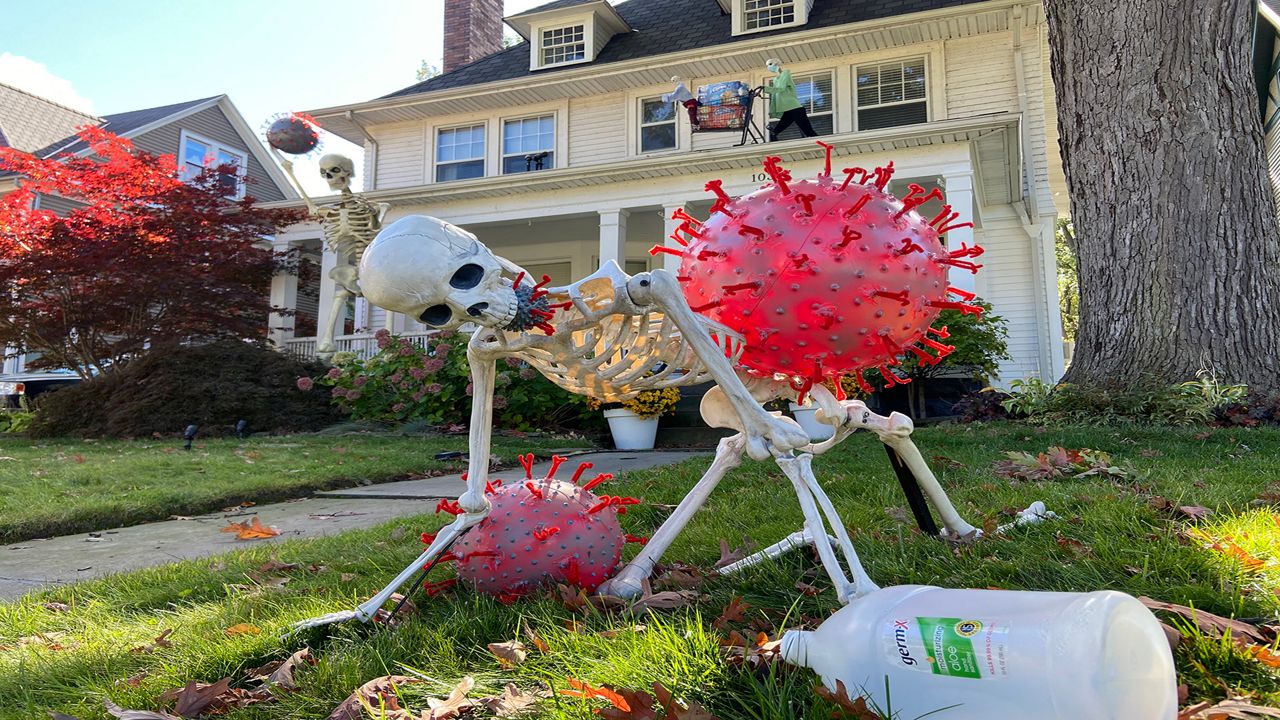 Cleveland Couple Uses Pandemic as Inspiration for Their Frightful Display

CLEVELAND — A Cleveland couple is going viral on social media for their unique Halloween decorations.

On Cleveland’s Clifton Boulevard, there's a house that gets a lot of attention around this time of year.

“I love Halloween. I love to get scared, and I just love to decorate,” said Marija Lasic.

For the past seven years, Lasic and her husband Joshua Davis have transformed their home each Halloween and Christmas, but this year, they almost didnt do anything at all.

“The neighborhood pretty much told us, 'You’ve gotta do something!' It’s been such a tough year for everyone, and we wanted to put smiles on people's faces in the neighborhood, and we thought it was a good way to do that,” said Lasic.

Lasic said she found a giant skeleton at Home Depot, and the pandemic-themed decorations came to life. Complete with giant coronavirus particles, cleaning products and a skeleton buying too much toilet paper, “We put the toilet paper on the roof so it didn’t disappear,” said Davis

Lasic and Davis say they’re just trying to make people smile and bring a little joy to our current situation.

“I don't want to offend anyone or anything like that, and I want it to be kind of fun and scary. But then throw in some comedy,” said Lasic.

For Halloween, Lasic says she comes up with the ideas and Davis uses his carpentry background to make it happen.

“This is one of our simplest we've done in the past seven years. One year, we had a funhouse-carnival theme and we had a roller coaster coming off the top floor,” said Davis.

As simple as it may be to them, it's making an impact.

“That’s always so rewarding. Like, we put a lot of hard work into it and for everyone to walk by and scream out the window saying, 'Oh my god, it's awesome, love it!' Like that's really nice ... we enjoy that the most,” said Lasic