CLEVELAND — Cleveland was not in first place during the bidding process to host the Presidential Debate on Tuesday. Still, the city has shown it’s well-positioned to host the historic event.

Cleveland landed the event after the University of Notre Dame in South Bend, Ind. pulled its bid, citing concerns over the pandemic.

Aptly, the debate is co-hosted by Case Western Reserve University and the Cleveland Clinic. The clinic was ranked No. 2 best hospital in the world by U.S. News and World Report in its 2020-21 rankings.

The Commission on Presidential Debates has enlisted the Cleveland Clinic to serve as health security advisor for all four debates. 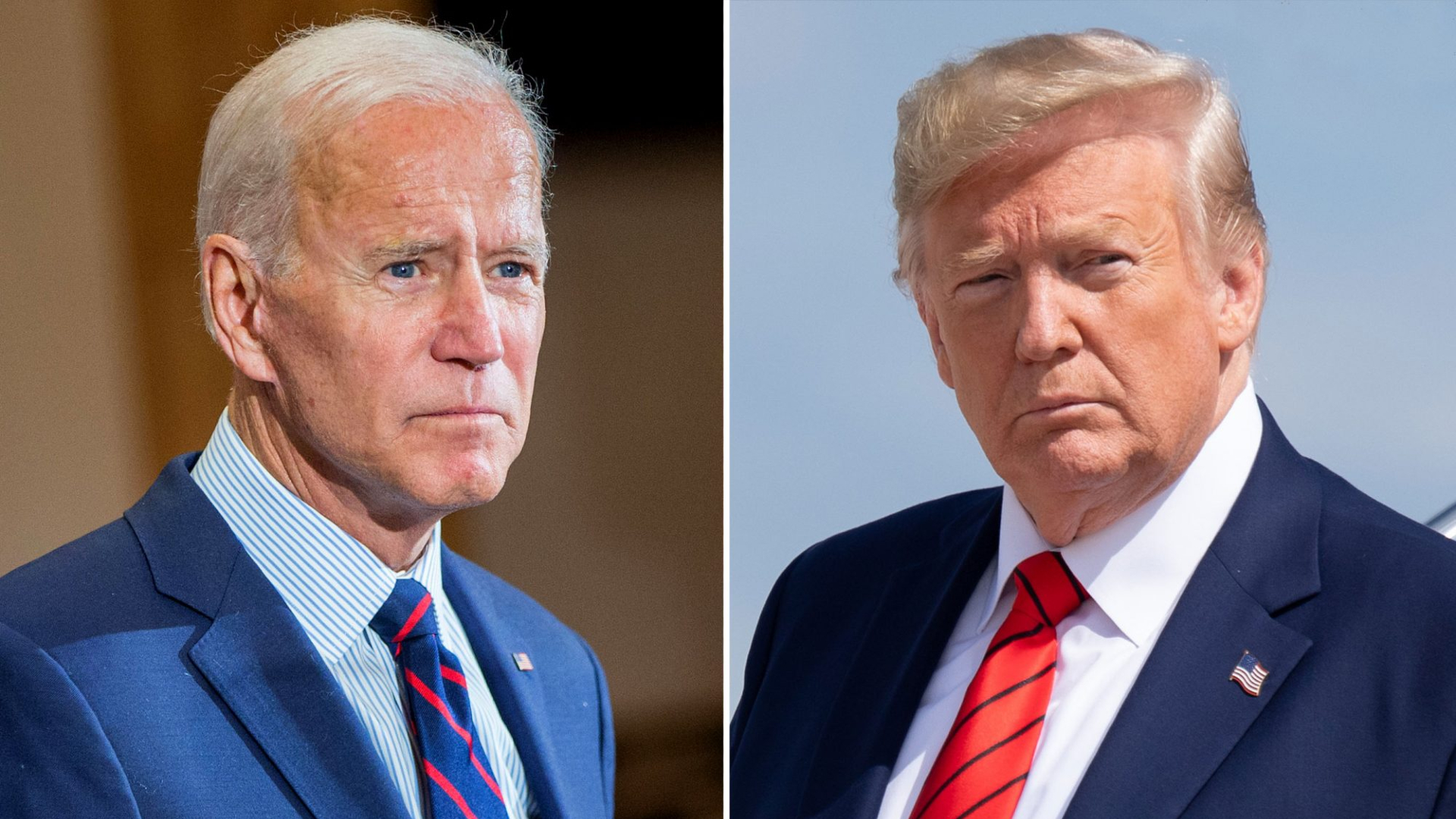 A team of medical, scientific, education, and security experts has worked to develop safety and security protocol for the debate series, said Peter Eyre, the senior advisor for the Commission on Presidential Debates.

“The health protocols continue to evolve and are specifically tailored to each of the specific considerations and circumstances at the four sites where debates will be held,” Eyre said in a recorded statement.

Eyre announced in his Sunday video that Trump would stand on the right side of the stage and Biden on the left. No handshakes will take place, and on stage, neither the candidates nor the moderator wears masks, he said.

“There will be a small number of ticketed guests,” he reported via video, saying those in attendance will be COVID-19 tested and will undergo a series of safety protocols.

For security reasons, most event details are being withheld.

But Cleveland’s resume features another, even larger, political event that required high security and was tinged by controversy — the 2016 Republican National Convention.

At that time, many high-ranking Republicans didn’t support Trump’s controversial candidacy and publicly denounced the event. Then-Ohio Gov. John Kasich, along with Marco Rubio, Mitt Romney, and the entire Bush family, announced they would stay home.

In the run-up to the convention, the media was grim.

But the city of 390,000 residents on the shores of Lake Erie has relied on Rust Belt grit to handle worse. 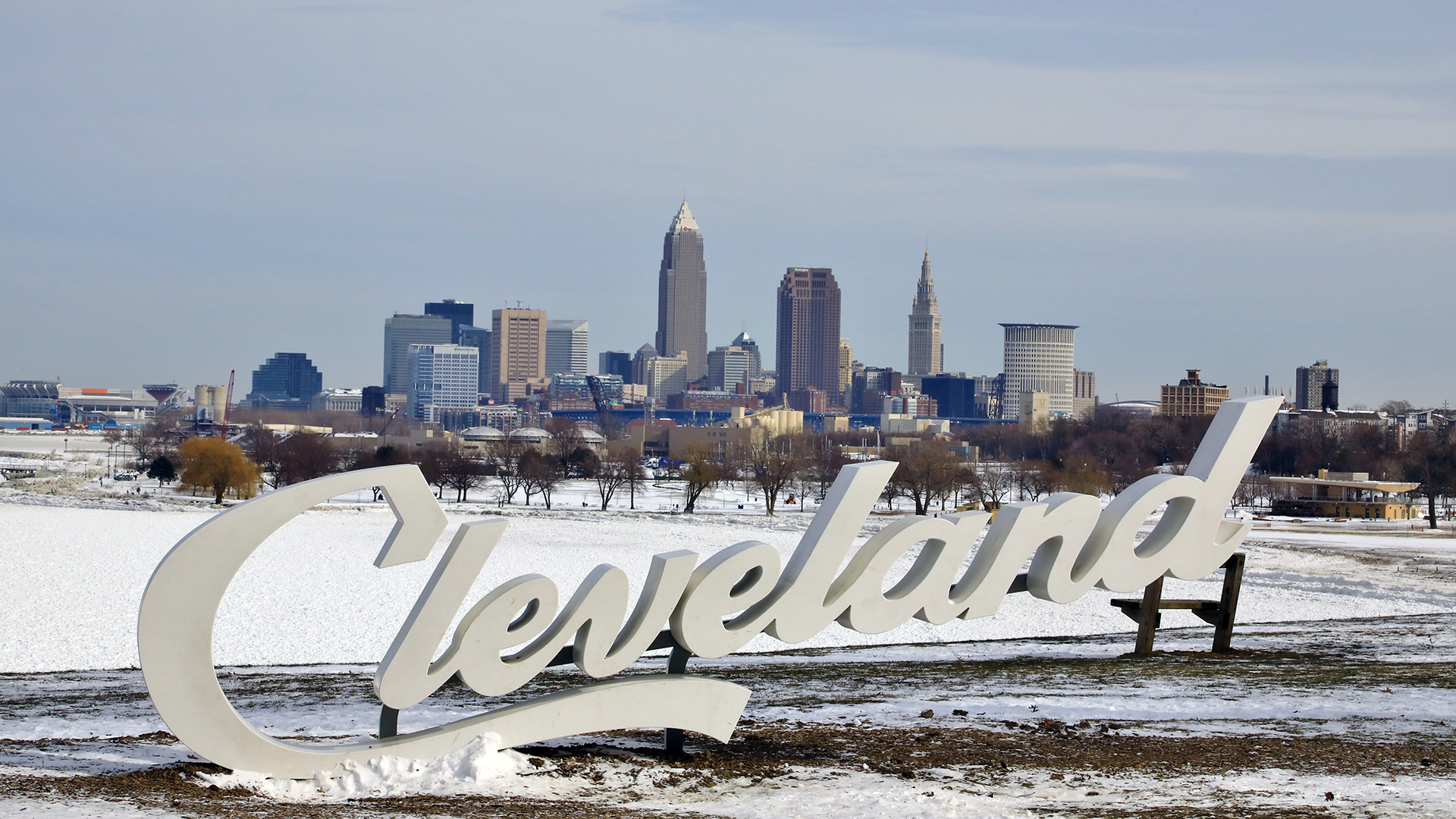 Once known as “the mistake on the lake,” Cleveland last year marked the 50th anniversary of a notorious fire in the Cuyahoga River that made the cover of Time Magazine.

In 1978, it was the first U.S. city since the Great Depression to default on its debts.

Destination Cleveland is working with the debate hosts to make the event as smooth as the 2016 convention — for mostly media that have poured into town.

“We know that will be difficult on a broad scale because there won’t be the size audience a debate normally has,” Lauer said.

But the RNC showed that the city and its people might have been underestimated.

The week of RNC, more than 50,000 people — media, delegates, and tourists — descended on the city to witness Trump accept the nomination.

By then, Cleveland’s quiet renaissance was well underway.

The city’s downtown had been transforming to residential housing, as blighted industrial buildings become brightened lofts and studios. World-class restaurants and bars were abundant. Neighborhoods were revitalizing their business districts and celebrating their ethnic flavor.

At the same time, the Cleveland Cavaliers were on a roll. Just weeks after the convention, LeBron James led the team in bringing home an NBA national championship, ending a 52-year drought for athletic titles. 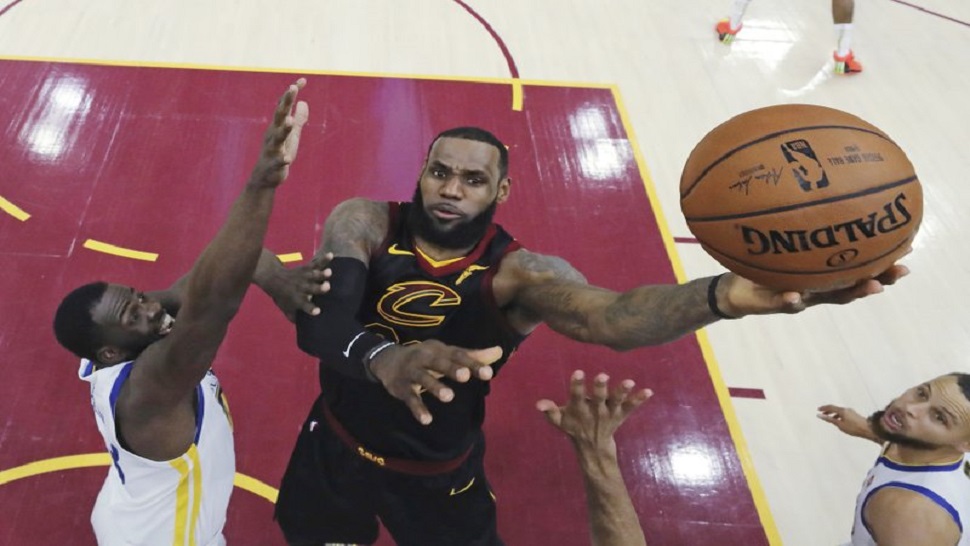 During the convention, under four days of high blue skies, the city showed off its best side.

“I think people were just blown away by the city itself; the fact that we are a mid-sized city with big-city assets,” said Lauer, who also served as communications director for the city’s RNC host committee.

During RNC week, the Rock Hall hosted an opening party for the nearly 2,500 delegates from 50 states and offered free admission all week. The place remained packed.

For this week’s debate crowd, attractions are available, although some are offered virtually, Lauer said.

The Rock Hall will display a virtual exhibit title “It’s Been Said All Along,” which features music and art created in response to tragedy and to promote social justice.

Visitor’s impressions of Cleveland are largely generational, Lauer said. Boomers and older Millennials often have a darker view of the city; she said, likely from the notorious river fire.

Even so, during RNC, visitors young and old commented on the city’s beauty, she said.

“The shore of Lake Erie, I think, was a surprise to everyone, and the riverfront development,” Lauer said.

Security held a tight perimeter around Cleveland for the convention, as law enforcement braced for the projected violence.

A similar projection marks the debates based on recent violent protests across the nation.

But they were mostly peaceful.

“The 2016 Republican National Convention in Cleveland had all the ingredients for a perfect storm of violent protests and mass arrests, but it never happened,” wrote Time reporter Jonathan D. Woods.

Visitors also expressed surprise at how easy it was to get around Cleveland despite tight security, Lauer said.

“It’s really easy to traverse downtown from your hotel to Quicken Loans Arena,” she said. “It’s flat and fast.”

Feedback was predominantly positive, Lauer said, but Clevelanders were paid the highest compliments.

“You know, people talk about Southern hospitality, but I think there’s also a Midwest hospitality,” she said. “People said they got their questions answered, you know, or people proactively say to them if they look lost, ‘Can I help you?’”

On Sunday, Eyre, of the Commission on Presidential Debates, Wallace announced everything was on track for the first 2020 debate, with preparation proceeding smoothly, although no attendee count is available.

If history is any kind of judge, debate participants and visitors will be in good hands on Tuesday in Cleveland.