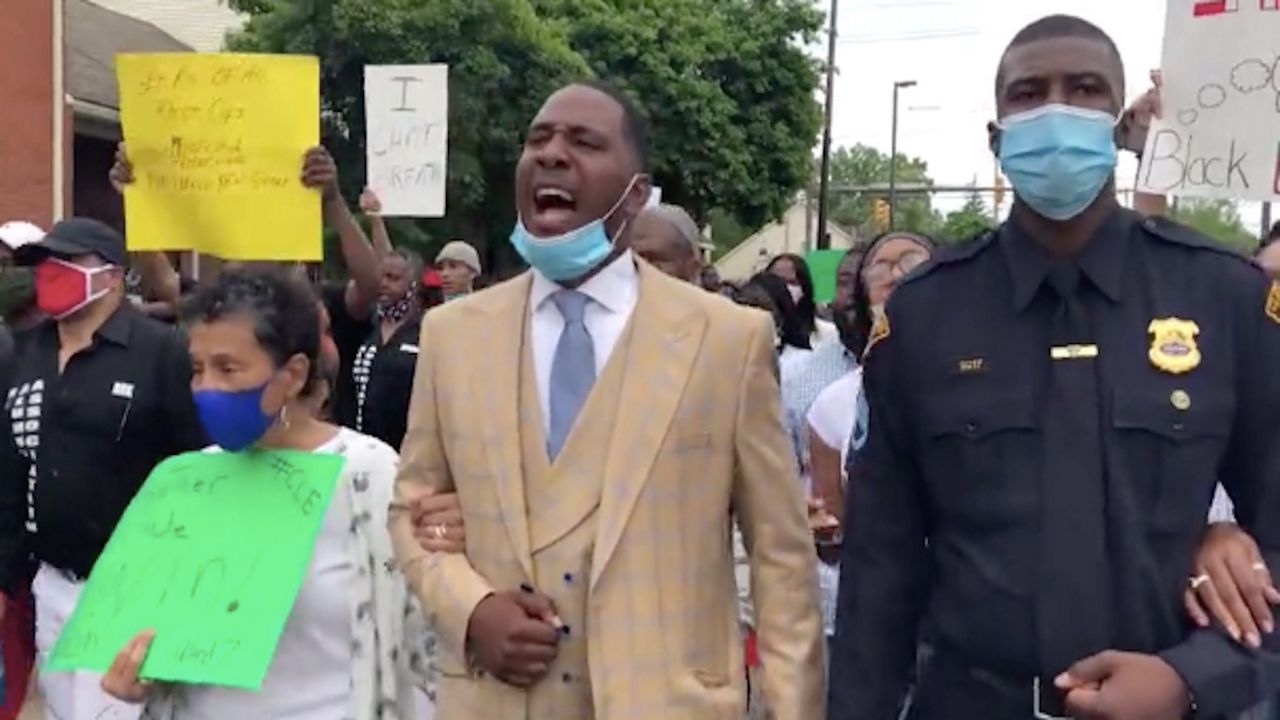 Community volunteers like Myesha Crowe, with the Cleveland Peacemakers Alliance, were among them.

"The goal is to keep peace. We’re definitely frustrated, we’re outraged, we’re mad, but during this time, we can’t be silent. So we just need to show up for the community the best way we can," said Crowe.

Some are marching for the first time.

"When everything that happened with George Floyd and I found out people were going to start protesting, I was like, I’m sick and I need to be involved in it," said Ginny Griffin. "I regret not being involved sooner is the biggest thing."

"This is about him not dying in vain. And this is about us making some real change and addressing the real issues. And it has to start at the front door," said Sgt. Leon.

"I can’t sleep, I can’t eat, I barely go in my basement. I can’t do anything at all. It’s been tragic. And we did two other protests like this but nothing really been said until George Floyd died."

It's a community fighting for change— hoping this time, change will come.