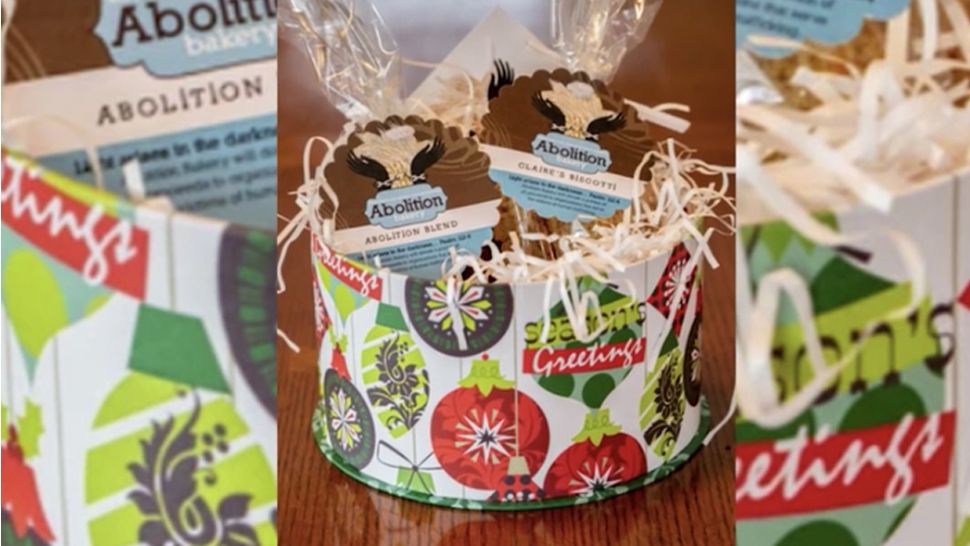 CLEVELAND, Ohio—Rita Ballenger was retired, but attending culinary classes at Tri-C when she went to a presentation about human trafficking.

According to the International Labor Organization, an estimated 21 million people are trafficked globally.

After leaving the presentation, Ballenger signed up to do presentations herself to raise awareness—but she wanted to do more.

When a new shop opened near her home, she knew what she could do.

“I had a thought maybe they would like to sell my bread… I made sourdough bread and I had the starter for over 30 years, the owner sliked the idea and they said yes, and that was the beginning of Abolition Bakery,” said Ballenger.

“But with everything that we found out, we found out human trafficking information as well, so people can become educated if they choose to read what we give them,” said Ballenger.

Everything is made by Ballenger and a few volunteers.

“We all dedicated our skills and resources, so therefore we can donate a fair amount of our proceeds to different organizations,” said Ballenger.

At the end of the year, Ballenger makes her donations to local human trafficking victim advocacy groups.

“To date we have donated over $10,000 to various organizations that serve trafficking survivors,” Ballenger said.

She says for an issue as big as human trafficking— she’s happy to do her small part.

“To sit at the table and work on a project together packaging cookies or decorating cookies and to know that we’re going to send out money that’s going to trickle down to the survivors, we do feel like we’re doing something and making a difference,” said Ballenger.