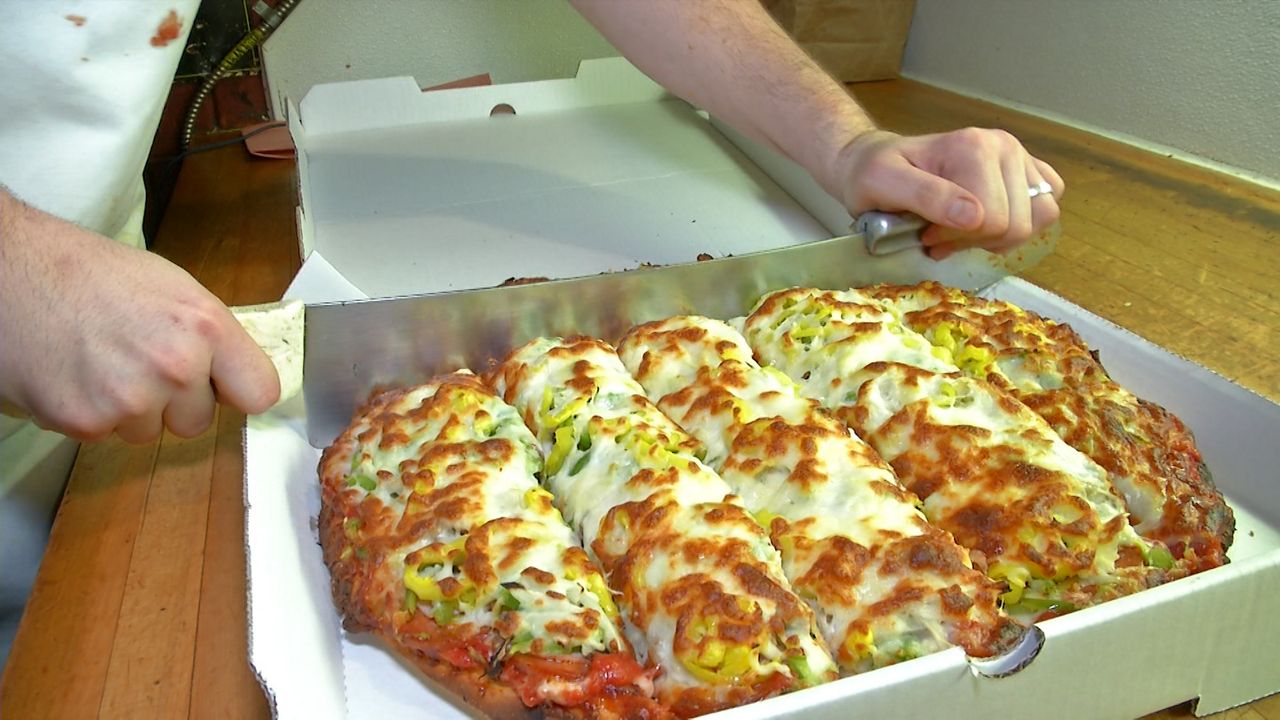 The Leaning Tower of Pizza is a Cheesy Mansfield Treasure

The Leaning Tower of Pizza's reputation extends far beyond its Mansfield, Ohio home.

"I had one lady come in and she (said she) was crossing the Canadian border and she said one of the Mounties looked at her I.D. and said, 'Home of The Leaning Tower of Subs,'" Ryan Carr said.

Carr has been serving up cheesy pizzas and subs for close to a decade, but the restaurants legacy began in 1957 when the late Joe Hess cemented the establishment as the first shop of its kind in town.

Paintings and posters cover the walls and ceilings. Look around and you'll be reminded of styles and icons from the past with images of Jimi Hendrix, Bruce Lee, Janis Joplin, the Blues Brothers and more. The counters themselves are painted with a twist on The Creation of Adam where God shares a fresh slice. While the establishment itself has an unforgettable look, it's the one-of-a-kind dishes that keep customers coming back for more.

April Gilbert first starting coming as a child with her grandparents. Now she comes in every Thursday and brings it home for her family.

You can find The Leaning Tower of Pizza at 180 Lexington Avenue in Mansfield.