DAYTON, OHIO — Dozens of rows of small green seedlings are peeking through the dirt, hoping soon to blossom into a small forest of lettuce and leafy greens.

Dayton’s Beverly K. Greenehouse is beginning to grow at the Foodbank Inc. as the first batch of vegetables take root in the months-old facility. 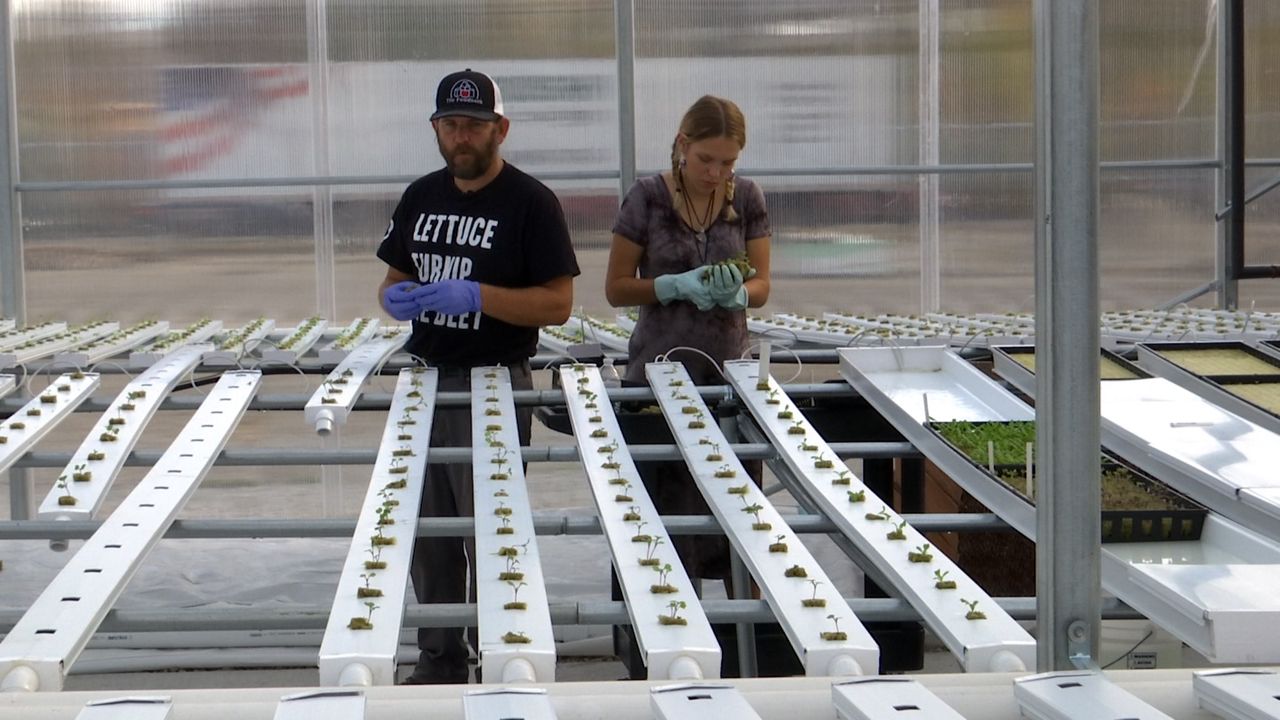 The 6,000 square-foot greenhouse officially opened in September, debuting its hydroponic technology designed to sustainably produce tens of thousands of heads of lettuce year-round, by cycling water through the greenhouse instead of growing the plants in soil.

Since its ribbon-cutting, James Hoffer, the garden manager at Foodbank Inc., said his staff and volunteers have been preparing the grow channels and getting seedlings growing in the greenhouse nursery. They started planting those seedlings in early fall.

As of mid-November, the greenhouse was at about 25% capacity.

“Obviously, we are just getting started in this greenhouse,” Hoffer said. “So we are experimenting with a lot of different things. Just to kind of determine what our clients are gonna like and not like.” 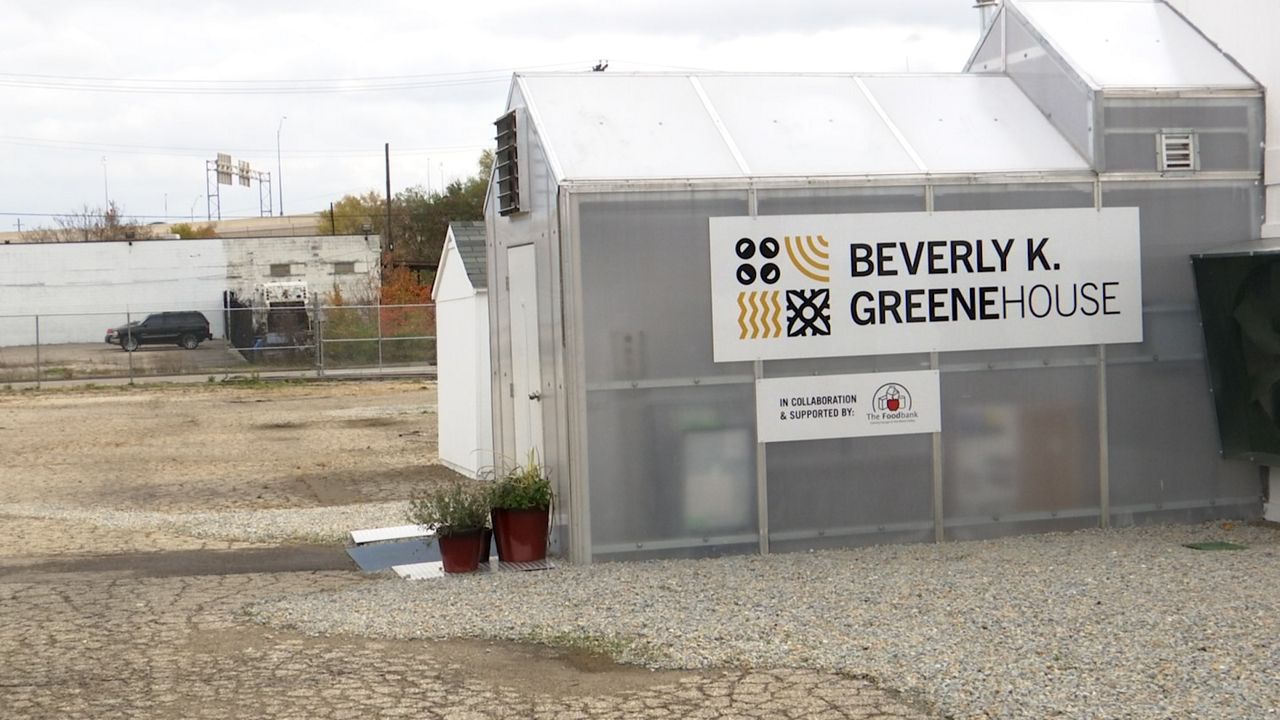 The facility was built through donations from the Greene family in honor of their matriarch, Beverly Greene, who died of cancer in 2019. Her family said the donation was meant to honor her commitment to serving the Dayton community.

By the time the greenhouse is at full capacity, Hoffer said it should be producing up to 100,000 heads of lettuce every year, in addition to everything grown in the food bank’s seasonal garden.

“We have had aquaponics and hydroponics here in the past but on a very, very, very small scale,” he said. “This is going to increase our production probably tenfold.” 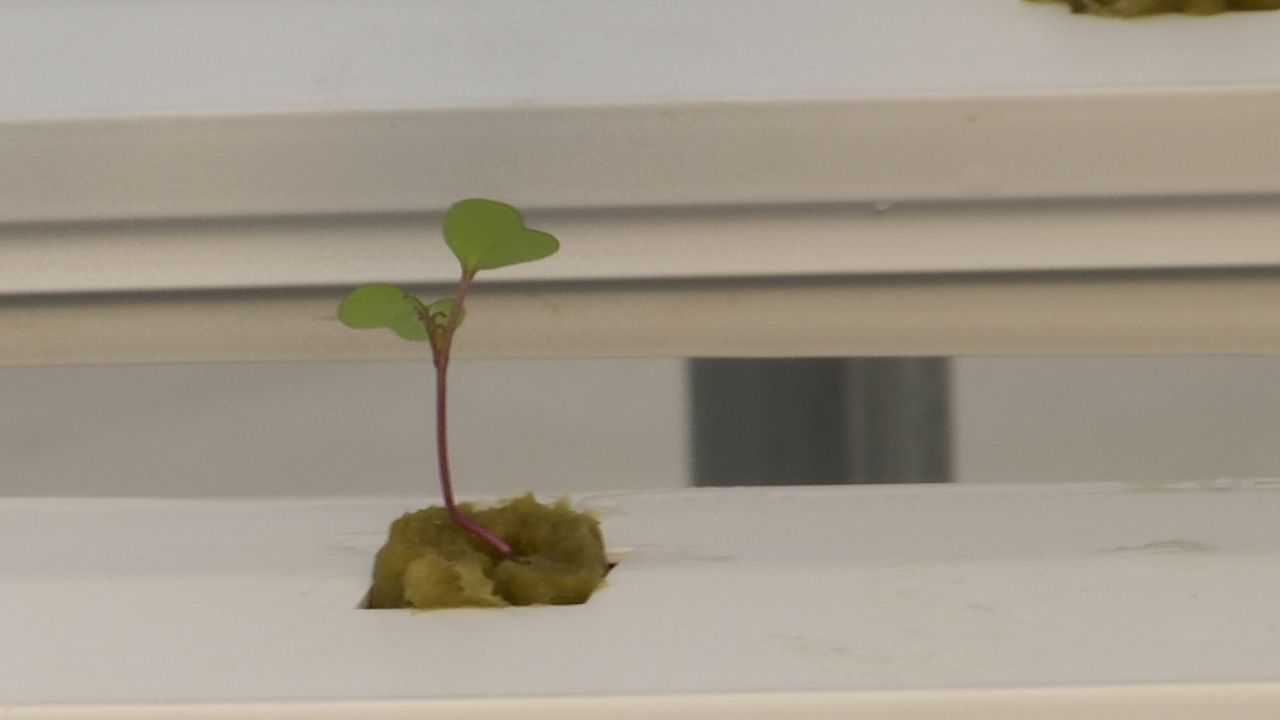 The hydroponic system makes the facility nearly self-sustaining. It recycles the water and nutrients the plants use and produce and Hoffer said he simply needs to cycle out the plants and manage the measures that appear on the system’s monitor daily.

“So it’s testing for pH, it’s actually testing for temperature, and it’s also for conductivity, which tells you what your nutrient base is, how many nutrients you have in your water,” he said. 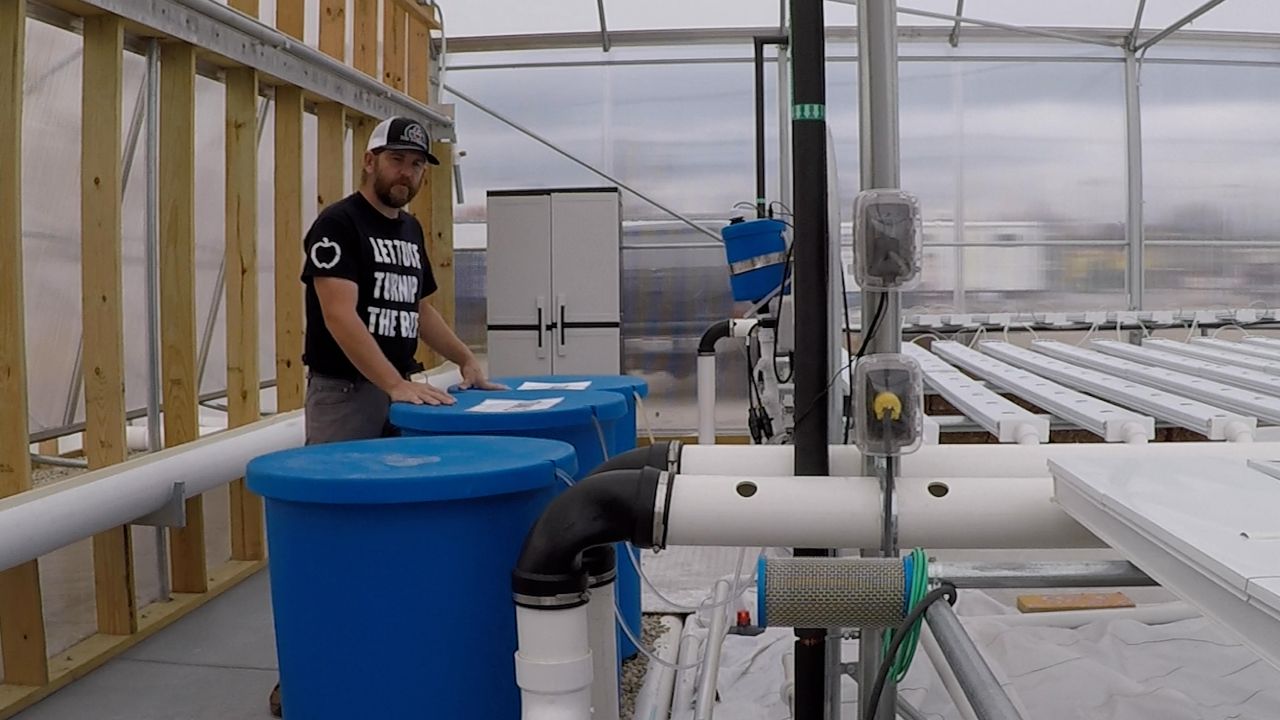 Hoffer shows the nutrient tanks that fuel the hydroponic facility

The food bank has been supplementing its pantry options with fresh food for about five years, to provide more fresh, healthy options for those who use their services.

“Whether it’s not available to them at the grocery store or it’s just not economically feasible for them to purchase lettuce or they’re just not familiar with it,” Hoffer said. “So the goal of this is obviously to get a nutrient-dense food into our client’s households.”

Hoffer said in their first year, they’re experimenting with different varieties of lettuce and leafy greens to learn which grow most efficiently and which have a high demand at the pantry.

He said the seedlings planted so far should be ready to harvest in four to six weeks and out to clients by early winter.