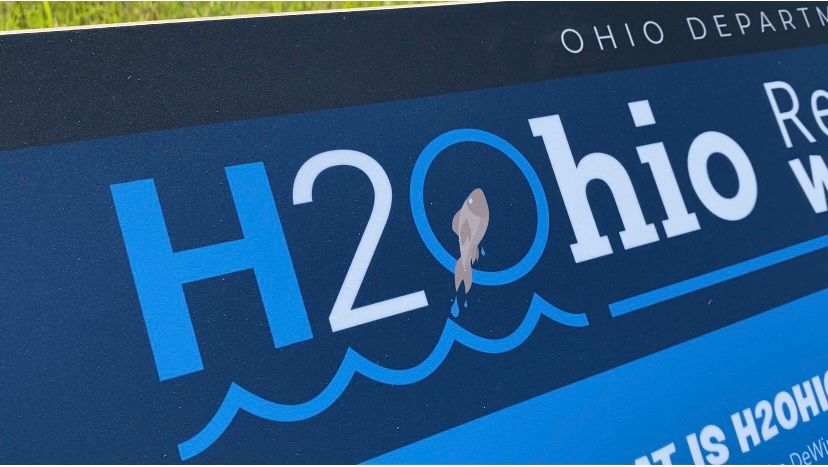 COLUMBUS, Ohio — A second round of grant funding totaling $3 million was directed to nine wetland projects as a part of the H2Ohio clean water initiative earlier this month.

"When the project first started, it was focused on the Western Lake Erie Basin, but [with] the success of the program, it's now been spread to other watersheds like the Ohio River – this particular project at nine counties in the Ohio River watershed that are looking at restoring wetlands," Vance said.

More than 80 H2Ohio projects are complete or in progress restoring nearly 12,000 acres of wetlands across the state.

According to state officials, nearly 40% of the total cropland in the Western Lake Erie Basin is enrolled in the program.

"Wetlands, we kind of think of as nature's kidneys," Vance said. "These are naturally occurring areas or in this case, areas that we're engineering to occur as they would naturally, whereas water runs off, say, a farm field for example, off your yard, off a golf course. Maybe it will go through a wetland and that wetland and all the plants and the biota in there will cleanse out any of the things that we don't want going into the lakes and the rivers."

Vance said the projects aim to keep phosphorous and other fertilizers on the farm fields and not run off into the freshwater supply.

The latest round of funding will go to projects in Athens, Butler, Clark, Delaware, Franklin, Mahoning, Montgomery, Pickaway, and Wayne counties.

The projects will, "create wetlands, restore wetlands on hydric soils, and/or enhance water quality at existing wetlands and floodplains," the state said in a release.

Prior to this round of funding, 10 projects were awarded a total of $4.3 million exclusively on the Ohio River Basin.