MASON, Ohio — More than 150 million people have gone through the turnstiles at Kings Island over the past 50 years to enjoy breathtaking roller coasters, Broadway-caliber entertainment and the amusement park’s signature blue ice cream.


To put that number in perspective, that’s more people than the populations of nations like Russia, Mexico and Japan.

But the fun and memories don’t just belong to the guests. Over the past five decades, the park 30 miles north of downtown Cincinnati has employed more than 150,000 people. 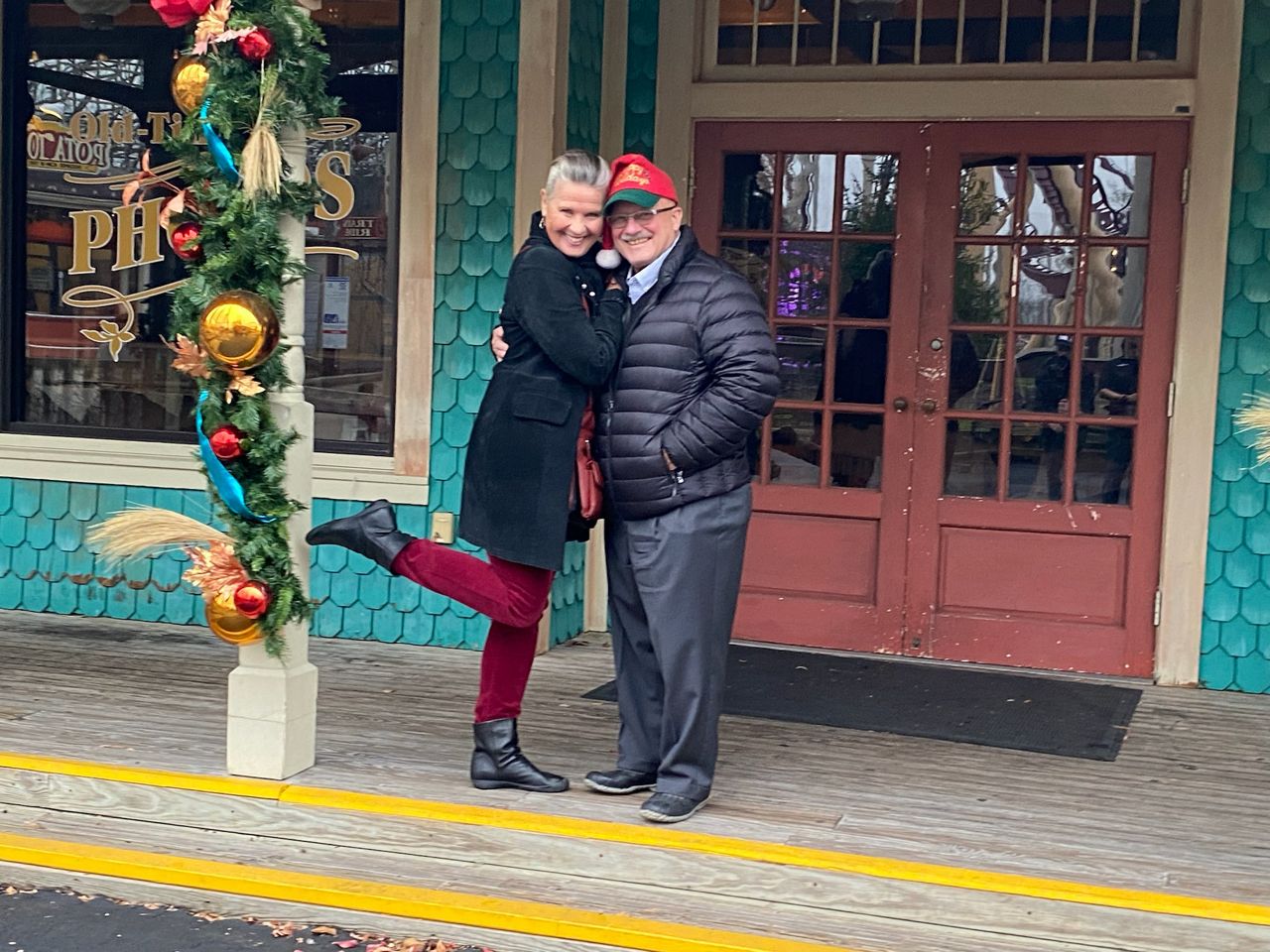 They operated the rides, hosted the table games, and served various sweet and salty snacks, while some sang and danced.

For many, it was a first job, while for people like Keith James, it was “the best job I’ve ever had.”

James was one of the amusement park’s initial employees.

The park’s original owner, Taft Broadcasting Company, hired him to work in the entertainment department months before the park officially opened April 29, 1972.

On Friday, Kings Island celebrated its 50th birthday. James couldn’t be there to attend the events in person, but in some ways, his heart and mind have never left the park.

“It’s the greatest summer job you could possibly have,” said James, who remains in the business today as CEO of JRA, an award-winning attraction design company in Cincinnati.

“I met so many people that first summer. It was fun every day,” he said.  “When your entire life’s just about making other people smile and helping them create lasting memories, what better summer job could you have?”

James landed the job while studying technical theater at the University of Cincinnati College-Conservatory of Music. He needed a summer job to pay his tuition and earn a little extra spending money, so he approached Jack Rouse for a job. King Island hired Rouse to produce all the entertainment at the new park.

He was likely a shoo-in for the job, as Rouse was one of his teachers at CCM, a renowned college for music and the performing arts. It didn’t hurt that James’ mother was Rouse’s secretary. 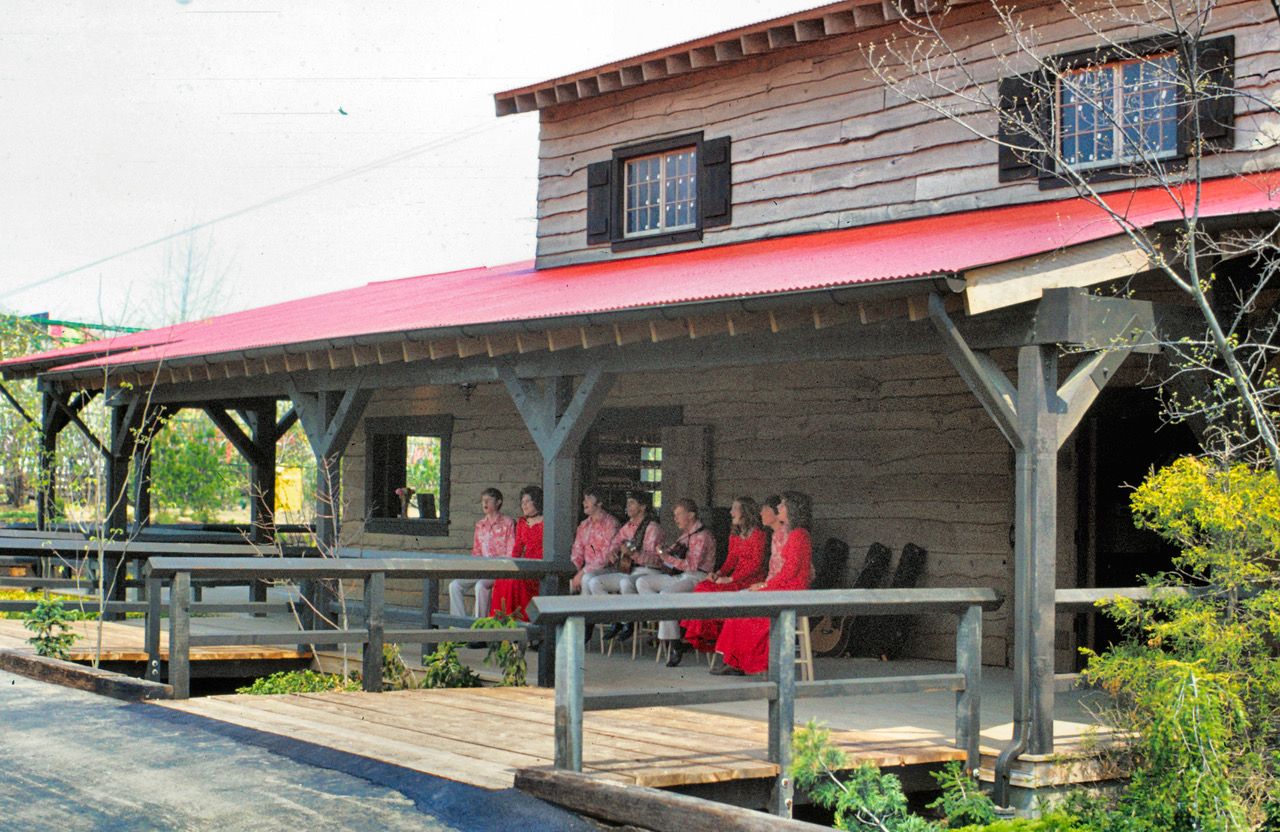 Rouse and James would later work together and become close friends after their time at Kings Island. JRA stands for Jack Rouse Associates.

James got a job as a stage manager and technical director to help oversee the various performance stages across the 16 million square feet of park space Kings Island occupied in what was then a rural part of Warren County.

James had planned to pursue a career in the entertainment business, but that “great summer job” gave his dreams more direction.

“It was a blessing that I got exposed to the industry as it got started back then,” he said.

While he developed many connections over his many summers at Kings Island, one sticks out most: An aspiring dancer he met during that first year, Patti Schmitz.

The two met during an audition for one of the park's many live shows. Schmitz performed in an 1800s-themed show on the porch stage in front of a shop designed to resemble an old-time general store.

Both James and Schmitz were still very young at the time — James attending UC and Patti getting ready to finish up high school.

The two instantly hit it off — they’ve been married for 40 years and have two children, one of whom followed in the family business at JRA.

“We owe it all to Kings Island,” he said, laughing.

Offering a stage to showcase your best self

Alton Fitzgerald White was another of Kings Island performers, which may come as a surprise to people who knew him early in life.

A self-described “shy kid from greater Cincinnati,” he dreamed one day coming out of his shell to achieve his dreams of starring on Broadway. He credits his time performing at Kings Island — first as a fan, and later as a performer — with helping him realize those lofty ambitions.

Today, White is a Broadway star. He has performed on stages across the globe and perhaps known best for his role as King Mufasa in “Disney’s The Lion King.” He performed it more than 4,000 times. 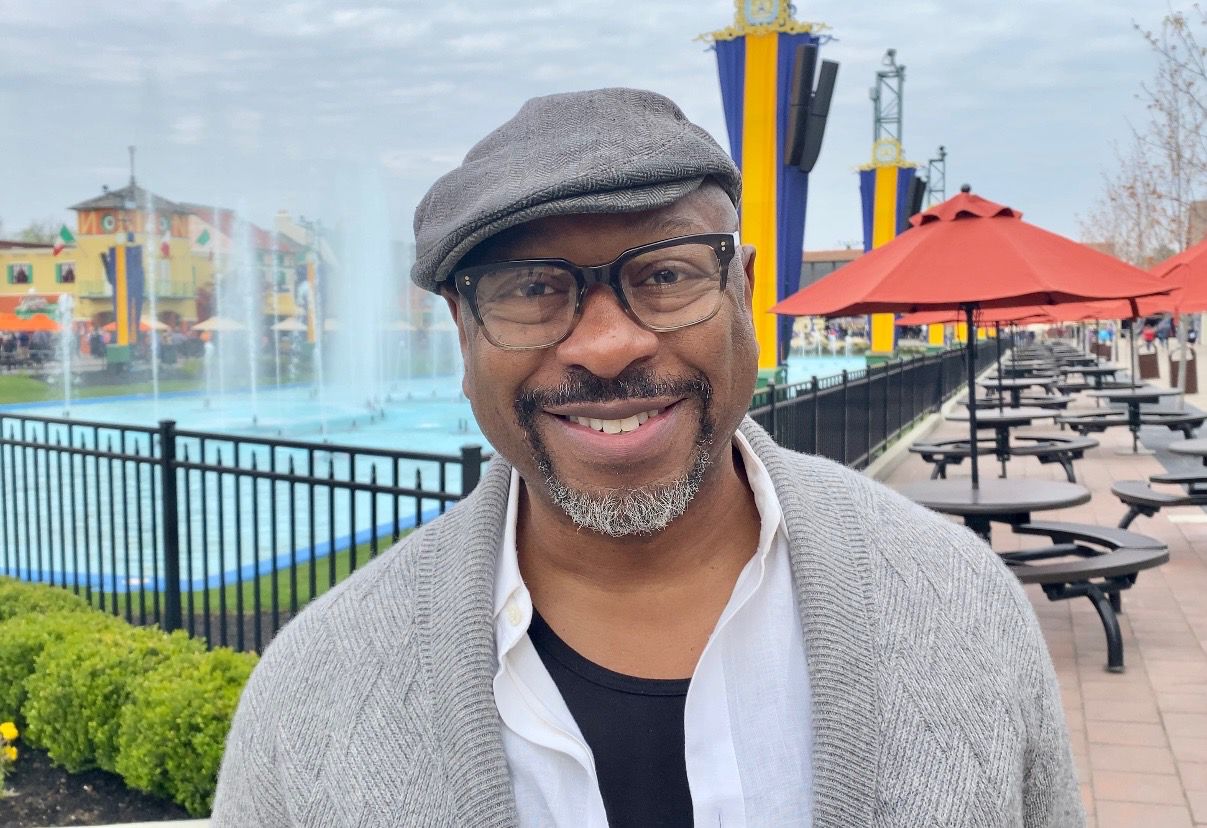 This is where it really began,” said White, who worked as a performer for three seasons at Kings Island. They performed five shows a day. “This is where I got my work ethic, my discipline.”

White recalls fondly the one day each summer growing up that his older sister would allow him to “tag along” on their trip to Kings Island.

“I’d spend that one day at the park and spend the next 364 days looking forward to coming back the next year,” said White.

White loved everything about the park — especially the Beast roller coaster — but his passion was the musical performances. When he got older, he’d always sneak off and catch the shows.

His favorite was the American Heritage Theater, the park’s major indoor theater, to see the high-caliber productions they’d put on.

“I thought that was Broadway, with the lights and the costumes and the smoke and just fantasizing about ‘wow, I would love to be up there someday,’” he said.

White began his entertainment career with Kings Island in summer 1983 while attending CCM like so many Kings Island performers. During his run, he starred in the lead role for popular shows “Gotta Dance” and “Fascinating Rhythms” for three summers and touring with Kings Productions — a subsidiary of Kings Island — in Asia and other parts of the world.

“I felt like such an odd kid being here in Cincinnati,” White said. “And this was really the place to work as a performer and to have time to work with other young people who had similar dreams.”

White thought he was at Kings Island Friday to perform the National Anthem and take part in the celebration. Little did he know he would be the newest induction into the Kings Island Hall of Fame.

He joins the likes of Carmen Electra, who ho performed as a dancer in the Kings Island Theater in the 1990s. Susan Perkins, crowned Miss America in 1978, also worked as a show performer.

“I’ve played concert halls all over the world and being asked to be a part of this event today surpasses all of them,” White said.

Kings Island is a second home for many who worked there

Kings Island has always been a something of a second home to Barbara Spaeth. She grew up nearby and worked there for a few seasons in the 1970s.

On Friday, she attended the ribbon-cutting celebration at Kings Island as both a fan and an official capacity. Today, Spaeth is Mason’s mayor. 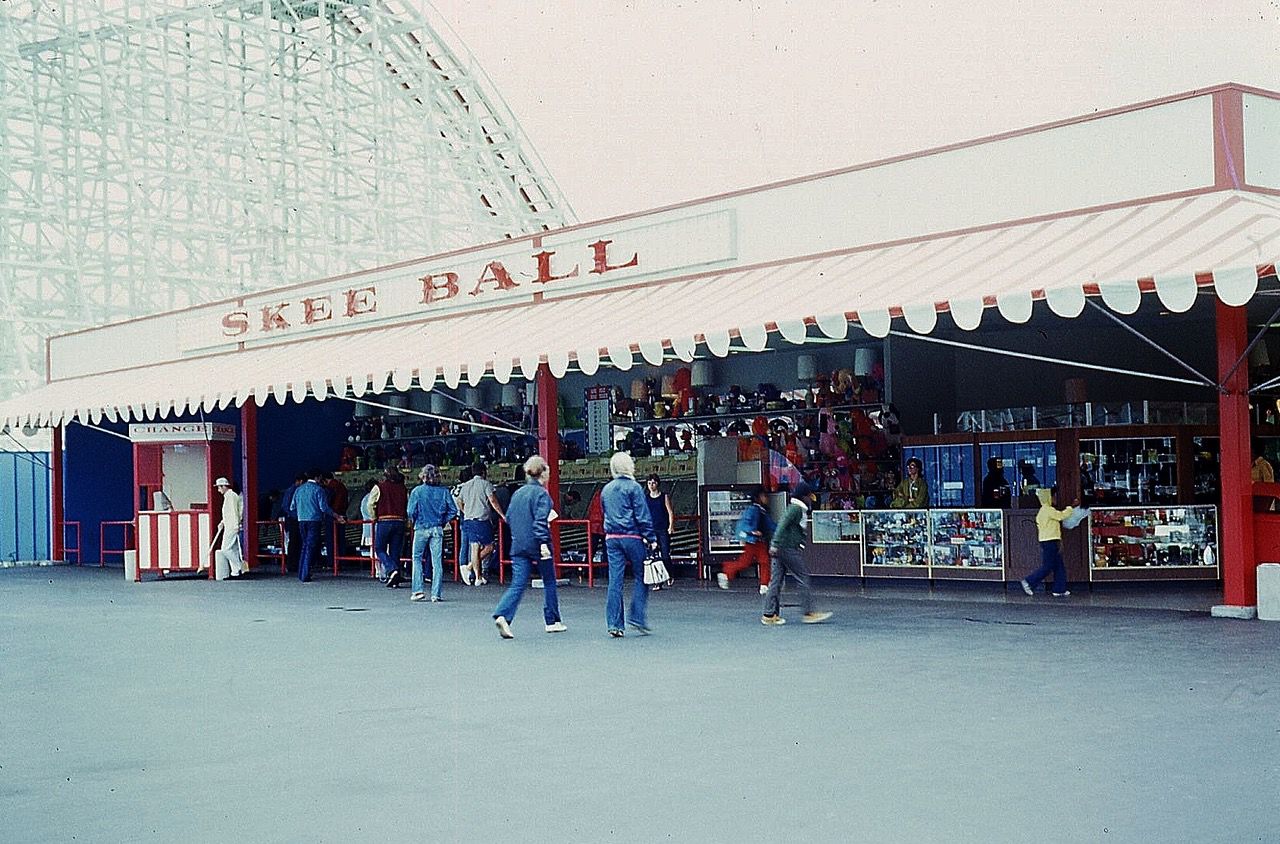 In her official capacity, she was there to congratulate the company and thank them for helping to attract tens of millions of dollars of investment to the area over the past five decades and helping Mason become one of the most “robust economic environments in the Midwest.”

She credited the company with playing a key role in attracting “the 700 local, national and international businesses” in Mason today.

But on a personal level, it was a chance to reminisce about the personal time she’s spent in the park over the years, both as a guest and an employee.

Spaeth worked in one of the food shops in the mid-‘70s. She shared a story of a game her co-workers liked to play where they’d try to stuff their mouths with as french fries as possible without their supervisor catching them.

“I think I gained 10 pounds that first year,” she joked. The after-hour parties in the park made it worth it, though.

Beyond the hijinks, though, was an opportunity to connect with her peers both near and far. Back then, Mason wasn’t the thriving suburban city it is today. It was rural and there weren’t many people visiting or moving there.

The amusement park lured people from across the region to work there each summer and brought others to visit. It opened her eyes to a bigger world beyond Warren County.

“Kings Island has always brought people together,” she said. “It, in a lot of ways, will always be home.”