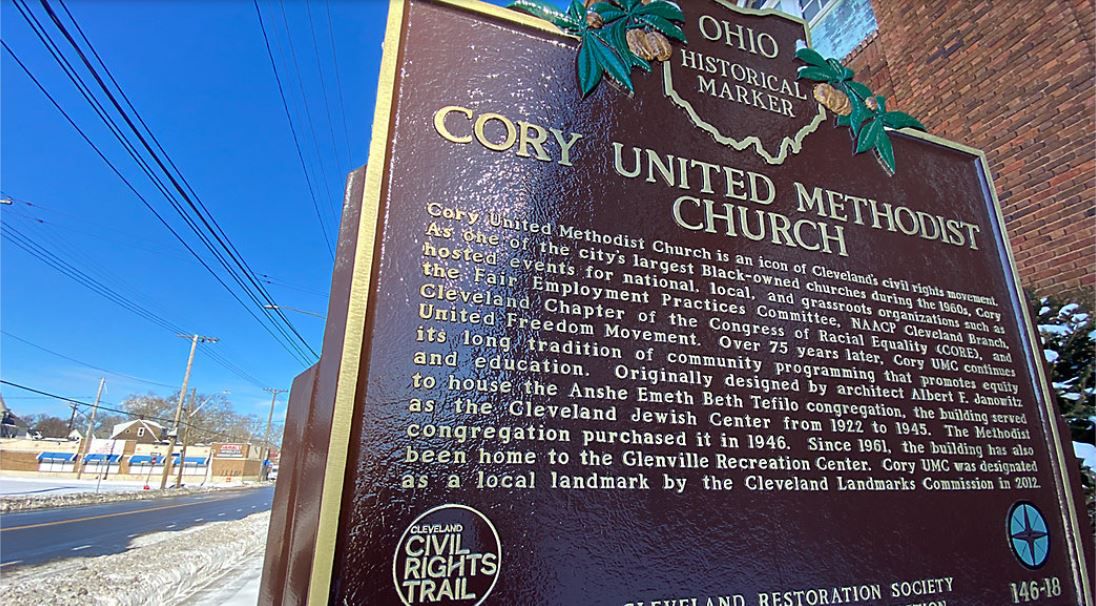 “You walk in and as you're walking down the aisle, all of a sudden the ceiling just seems to shoot up because you come from underneath the balcony and you are reminded of the grandeur of this space,” Pastor Gregory Kendrick said.

It’s a history that the church's current pastor, Gregory Kendrick, said he can’t help but to think about.

"I also just began to think of all the people, right, who sit in the seats here on the first floor, but also in the balcony,” Kendrick said.

The story and significance of Cory doesn’t remain in the pews, but emanates from this pulpit.

“A lot of the push that was happening in the 50s and the 60s of Martin Luther King coming in and speaking and advocating on behalf of Black leadership. We have Louis and Carl Stokes who were being advocated for by the likes of Martin Luther King, we have Malcolm X, who was coming in to say, 'How do we express ourselves?' And one of the ways he said is we could do it through the ballot or by the bullet,” Kendrick said.

The building, first established as a Jewish synagogue in the 1920s, became Cory United Methodist Church in the 1940s, with their first service held in 1947. In the following years, Cory grew to have the largest Black congregation in Cleveland, which is why it was an important stop for national civil rights leaders.

“Wherever Black folks were, right, the Civil Rights Movement was happening because there was a sense that if that if anyone was being marginalized and oppressed, we all were,” Kendrick said.

Now, decades later, this historic church, which has been a staple in Cleveland's Glenville neighborhood, has gotten the recognition it deserves. An Ohio historical marker now sits outside the Cory, as it is now the first stop on Cleveland’s African American Civil Rights Trail, a project of the Cleveland Restoration Society.

“Cory is to me the obvious first sight because it was the gathering place for so many people to consider this issue. So, first of all, Cory had the space. It is a monumental, sacred landmark,” Kathleen Crowther of the Cleveland Restoration Society said.

The Cleveland Restoration Society received a grant to help preserve this massive landmark for many years to come.

“Cory is very poignant because there's a really massive human drama that occurred in our country during the Civil Rights Movement and is still occurring today. But the stories are the most important thing about landmarks and about landmark or historic neighborhoods, because those are the stories that bring us back to that time,” Crowther said.

Kendrick said keeping the stories of the parishioners, the pastors and the people who helped make this church so historic and significant at the forefront will only help propel the church into the future, to meet the community's current needs and continue the civil rights-related work that's still to be done here in Cleveland.

“We carry with us this this, this great privilege of having this history and this legacy, and we carry it with us as we move forward. And so I think that's the piece that's critical. I believe for people to remember about places of significance and history,” Kendrick said.