AKRON, Ohio — A nonprofit that distributed thousands of free books to Summit County children came into being through the wishes of a little boy.

Keith and Christin Seher of Macedonia had talked for some time about various ways they could give back to the community, Keith Seher said. The couple works full-time — he for the federal government, and she an associate professor of practice and co-director of the [EX]L Center for experiential learning at the University of Akron.

In 2014, while reading a story to their 3-year-old son, Keaton, the Sehers told the little boy that some children don’t have any books at home.

“Well, then we have to give them some,” Keaton earnestly replied.

Thus Bright Star Books was born, with the goal of putting age-appropriate reading material into the hands of children who have no books to read at home, Keith Seyer said.“We did an initial assessment of where we thought we can make the most difference, and immediately realized that there weren't any really strong, strategic programs working toward giving books to younger children,” he said.

Because Bright Star doesn’t hold its own events, if flies somewhat under the radar. But from 2014 to 2019, the nonprofit distributed more than 170,000 books, giving 40,000 children at least one book, the group said. More than 300 volunteers have assisted Bright Star, which works with about 50 partners.

The nonprofit frequently works in partnership with Summit County Public Health and the Akron Public Schools District through programs like WIC, Head Start and Akron Hope, he said.

Those programs help Bright Star achieve another of its objectives — to reach kids with the greatest need, he said.

“That's kids who are living in poverty and in the communities where they're most needed. WIC is a really great way of doing that,” he said.

Bright Star was piloted in 2015 at WIC Clinics in Barberton and at Summit Lake in Akron. In the beginning, Bright Star gave each child at the clinics a book bag with five age-appropriate books twice a year when the families come in for re-certification, he said.

Books are donated by companies and individuals, with most of them brand new, and some gently used, he said. Bright Star also hosts book drives.

After six months of successful events, the Bright Star expanded to WIC clinics in Cuyahoga Falls and Twinsburg, over time bringing the number of Summit County children served at the clinics to 7,000, he said.

“We've been giving out books for five years, so these kids know every time they come in they're going to be receiving books, and they're pretty excited,” he said. 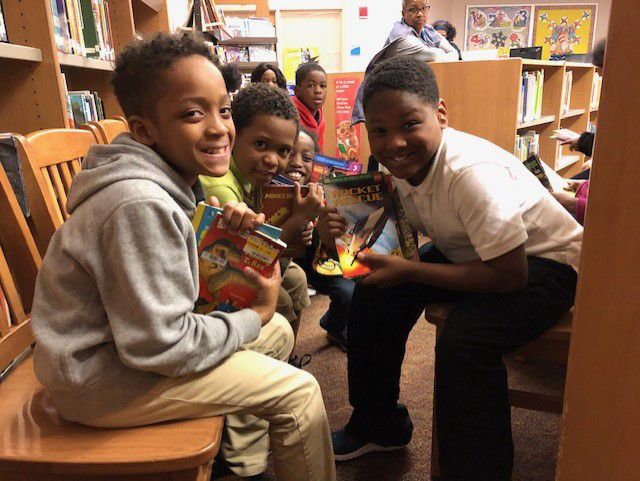 During the clinics, the books are given to the families by WIC caregivers, not Bright Star workers to, in the long run, combat infant mortality, Seher said.

“It might feel nice for me to give a kid a book, but I'm nobody except the guy who's organizing some book drives,” he said. “I don't matter. It matters that the families that are receiving our books foster a stronger relationship with Summit County Public Health. We feel like letting our books serve as a way to encourage those families to trust in the institutions that might make a difference in their lives is more important than being the ones on the frontline.”

As the program grew, Bright Star hired Program Coordinator Kait Laux to manage the day-to-day operations, overseeing volunteer events when the book bags are packed and coordinating delivery of the books to the clinics.

Laux who earned a degree from The Ohio State University in human development with a focus on early childhood education, said story-time at the clinics is the best part of her work.

“I say it's like the best of all worlds because I get to work with the kids, but then I also get to read the books,” she said. “It's a different dynamic than teaching, and it's just been perfect. I love it.”

Pre-pandemic, Laux arrived at WIC clinics prepared for anything, with multiple copies of books for infants to 1-year-olds, toddlers ages one to three, and pre-kindergarten ages three to five, she said. If she read to a child, she gave them that book, in addition to the five books the child took home.

When Laux approached families at the clinics to introduce Bright Star Books she always asked if she could read to the kids, she said. The parents’ typical response was “he/she won’t sit down long enough for you to read,” she said. 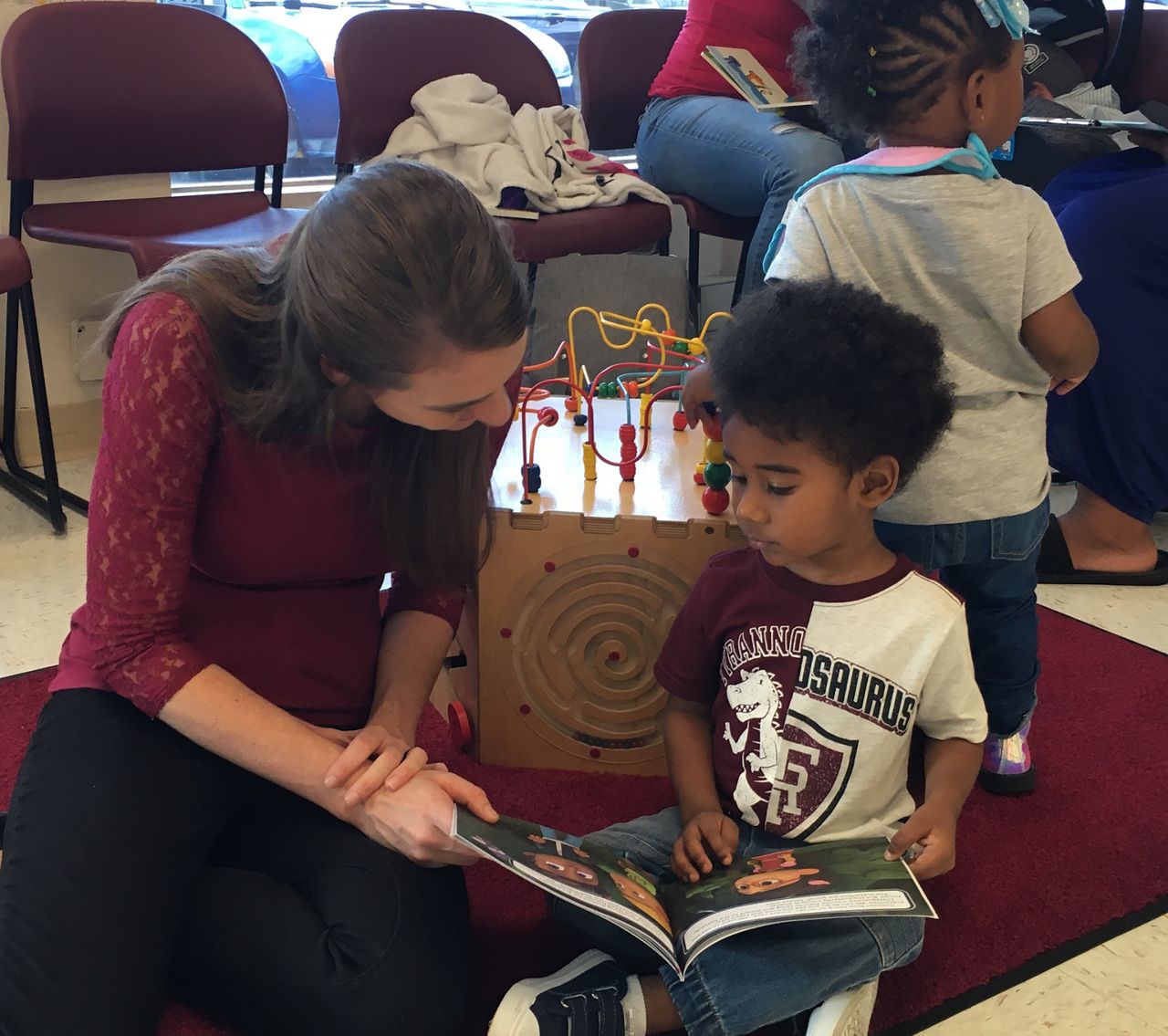 “Pretty much 100% of the time that child is more than happy to sit down with me and read a book, which is always a good interaction for me with the parents,” she said. That scenario allowed Laux to explain to parents how to approach reading with their kids.

During one of those instances, the mother was so charmed that her child allowed Laux to read to him, she asked if she could take pictures of them with the book, Laux said.

“I gave her a couple extra books to take with her so that she could do it at home,” she said. “I think sometimes it's just seeing that they are interested in reading books.”

The pandemic put story-time on hold, but Laux said she has hope clinics will return in-person once again.

Since 2016, with so many books donated to the nonprofit, the organization has held free book fairs at various Akron schools, he said. Bright Start sets up 10 to 15 tables in the school auditorium or gym with book set up by age group or topic. Classes come through one at a time for each student to select five books to take home.

Bright Star recently got the go-ahead to begin scheduling book fairs for the upcoming year, he said.

“We’re looking forward to holding as many as we can,” Seher said. “We're excited to start pushing them back out again.”

To learn more about the organization, visit the Bright Star Books website.