AKRON, Ohio — The city of Akron will spend $20 million from American Rescue Plan funds in a new strategy to fight youth and community violence, Mayor Dan Horrigan said Thursday in a release.

The city released a Five Point Framework for Community Violence Reduction in Akron, which details five key strategies designed to reduce violence and lists the key partners involved. The framework is hoped to spark community conversation, the city said.

Akron has had a rapid escalation in violence in the past couple years. The city’s murder rate in 2019 was nearly doubled in 2020, leaping from 23 to 41, according to the LexisNexis Community Crime Map. The map is populated using police-department data.

So far in 2021, Akron is on its way to surpassing last year, logging 37 murders since January.

Reducing violence is a top priority for the city, Horrigan said, and no “one-strategy-fits-all” exists. 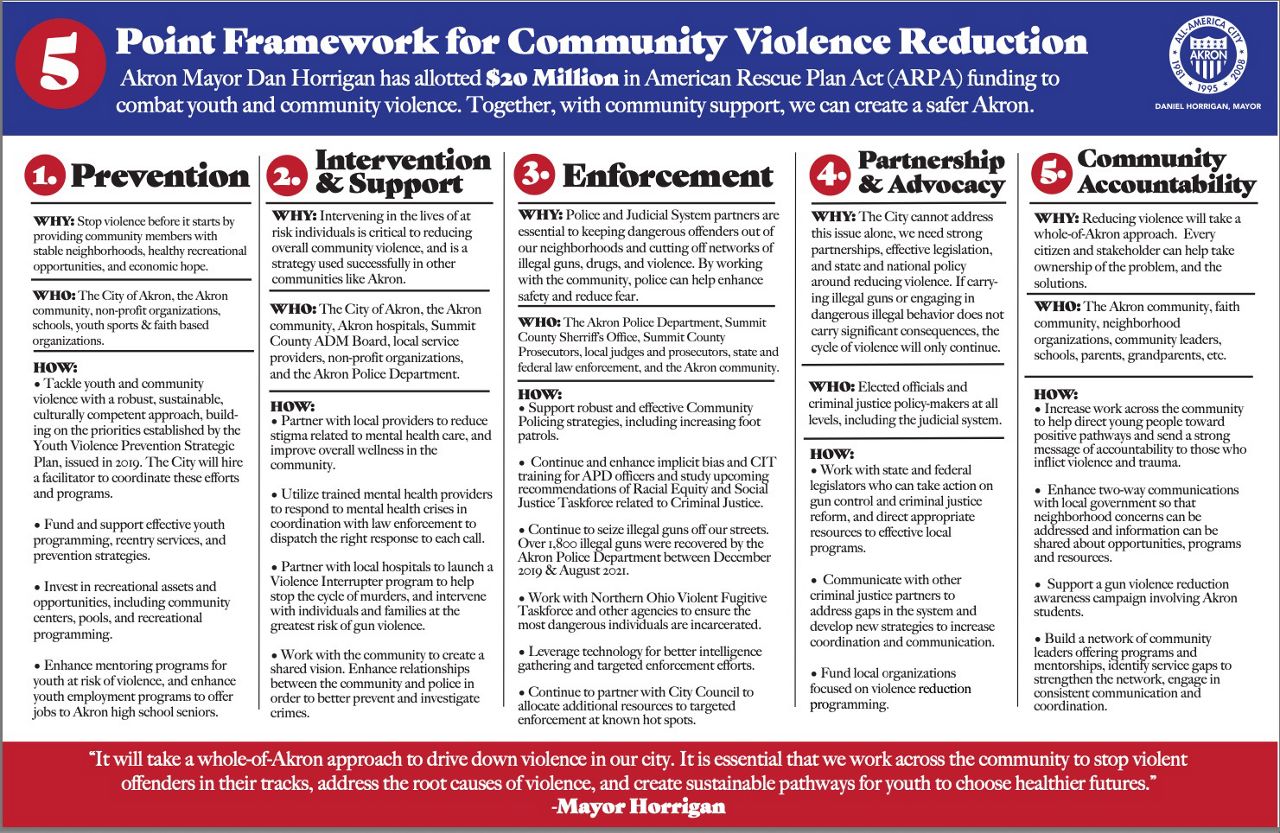 The city detailed a five-point framework for combatting youth and community violence. (Courtesy city of Akron)

“It will take a whole-of-Akron approach to truly make a difference and reduce gun violence, long-term," he said. "We will work with the community to address the root causes of violence, including unmet mental health needs and underfunded recreational and mentoring resources.  We will also work across the criminal justice system to identify gaps, target enforcement to known hot spots and dangerous offenders, and advocate for state and federal policy that supports a safer Akron.”

The five-point framework is based on the pillars of a Youth Violence Prevention Taskforce convened in Akron in 2016, Horrigan said. The framework includes:

The five-point framework is a “living document” that can help organize efforts to reduce violence and should be built upon throughout that process, the city said.