PUT-IN-BAY, Ohio — Memorial Day weekend is supposed to be the start of the busy summer travel season in Put-in-Bay, instead local police are responding to flooded roadways.

Put-in-Bay police posted on social media on Friday that Officer Tyrone Sanders rescued a family from a pickup truck stuck in the rising water. The department said that 40 inches of water was reported near Perry’s Monument.

The department added that Bayview Avenue was closed due to high water.

The Miller Ferry that takes passengers from Port Clinton to Put-in-Bay and Middle Bass Island was suspended on Friday.

Meanwhile, the City of Port Clinton issued a state of emergency on Friday. The city said that many roads are closed due to high water and downed trees and power lines.

Perry Street and Lakeshore Drive are among the streets closed due to flooding.

The high water is due to an unusual weather pattern setting up over the Great Lakes. 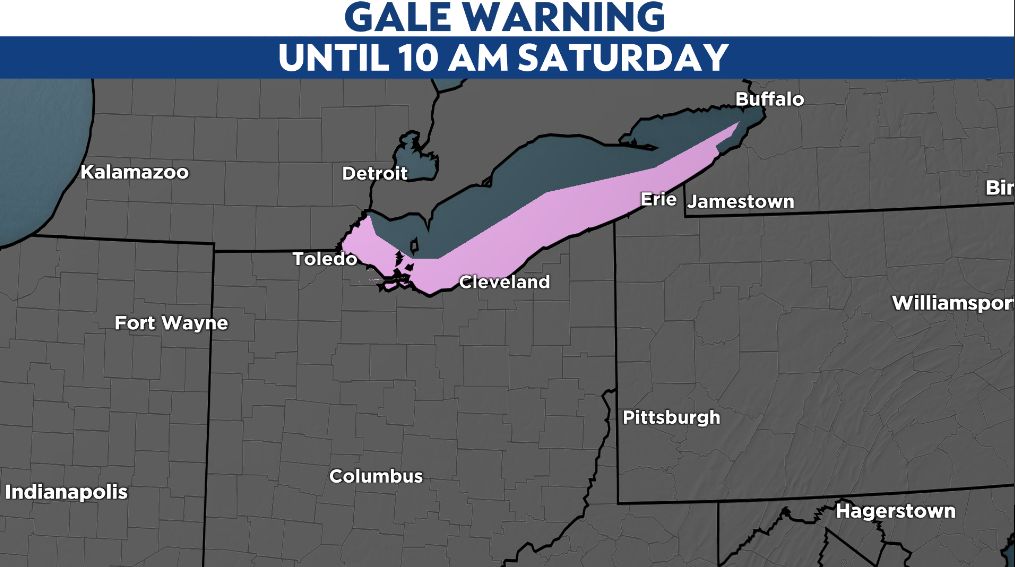 Further to the east, wind advisories were issued for the Cleveland metro area.

Temperatures in the Cleveland area struggled to reach 50 on Friday. The average high for the day at Cleveland Hopkins International Airport is 75, according to the National Weather Service.