CINCINNATI – While Opening Day in Cincinnati isn’t until April 12, the regular-season excitement got started Tuesday with the debut of several new food and beverage offerings available in Great American Ball Park.


The Cincinnati Reds worked with its food service provider, Delaware North, to create a “fun mix of new items” that feature “creative twists on fan-favorites” like hot dogs, burgers and nachos, according to Andy Worden, general manager of Delaware North’s presence at the stadium. 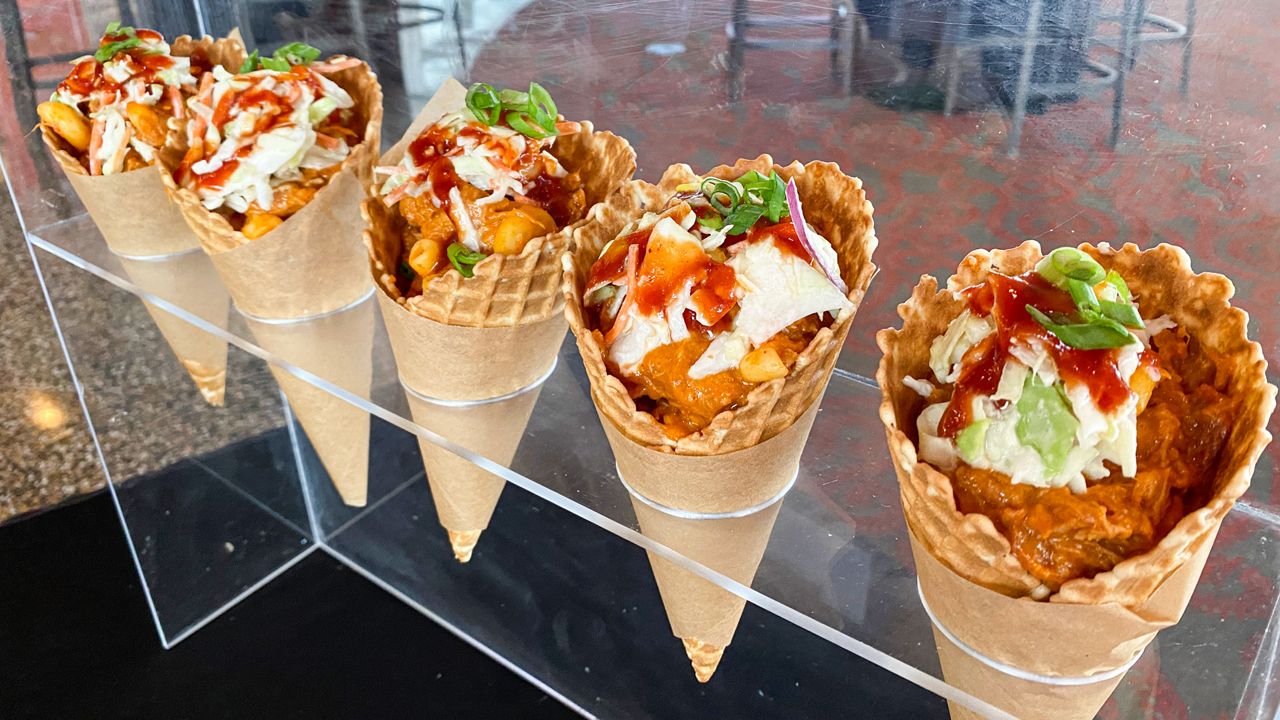 Led by veteran executive chef Gary Davis, the culinary team created a menu that plays to regional flavors and food staples, such as Montgomery Inn’s pulled pork and the Frisch’s Big Boy burger.

While the food will taste similar to those local classics, the cooks at Great American Ball Park will present them in much different ways.

For instance, they’ll serve Montgomery Inn pulled pork inside a waffle cone alongside white cheddar mac and cheese, coleslaw and the restaurant’s famous BBQ sauce. For a limited time in April, fans can get the taste of the iconic tartar sauce-topped Frisch’s burger but in slider form.

They’ve also taken the traditional nachos format and converted it into a burrito bowl. It’s the same grilled chicken, queso, lettuce, sour cream and Pico de Gällö people expect, but they swapped out the chips for cilantro-lime rice. The dish can also be vegetarian.

“When you go to your ballpark chef, one thing you’re trying to do is you’re trying to recreate the memories people have from when they’re a kid,” Davis said. “Everybody’s going to come to a game and have a hot dog or popcorn, but we want to take those items to the next level and really elevate that experience. We want our food to help them create fresh memories.” 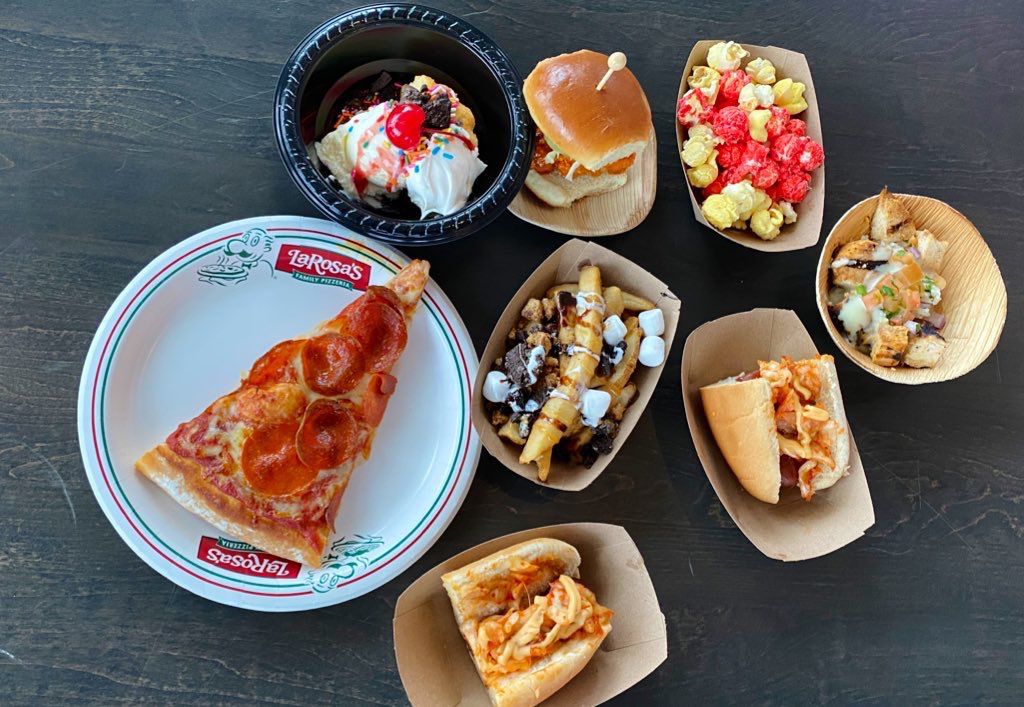 A sample of some of the food and menu offered this season at Great American Ball Park. (Casey Weldon/Spectrum News 1)

Davis, who’s entering his fifth season working with the Reds, had a few major goals with this year’s menu. For starters, he wanted to stay on trend and make sure there was a “cool factor.” In recent years more people have been asking for vegetarian options, he said, so they decided two add two veggie dogs this year:

The Dragon Dog is Davis’ favorite new item. Davis is also keen on some of the dessert treats this year, especially the “Rookie Cookie” FryBox, which is a mixture of crushed cookies, chocolate sauce, caramel sauce and marshmallows served on a bed of French fries.

David called the FryBox one of the stadium's more "controversial offerings." But he said items like that are trendy right now and people seem to like it. 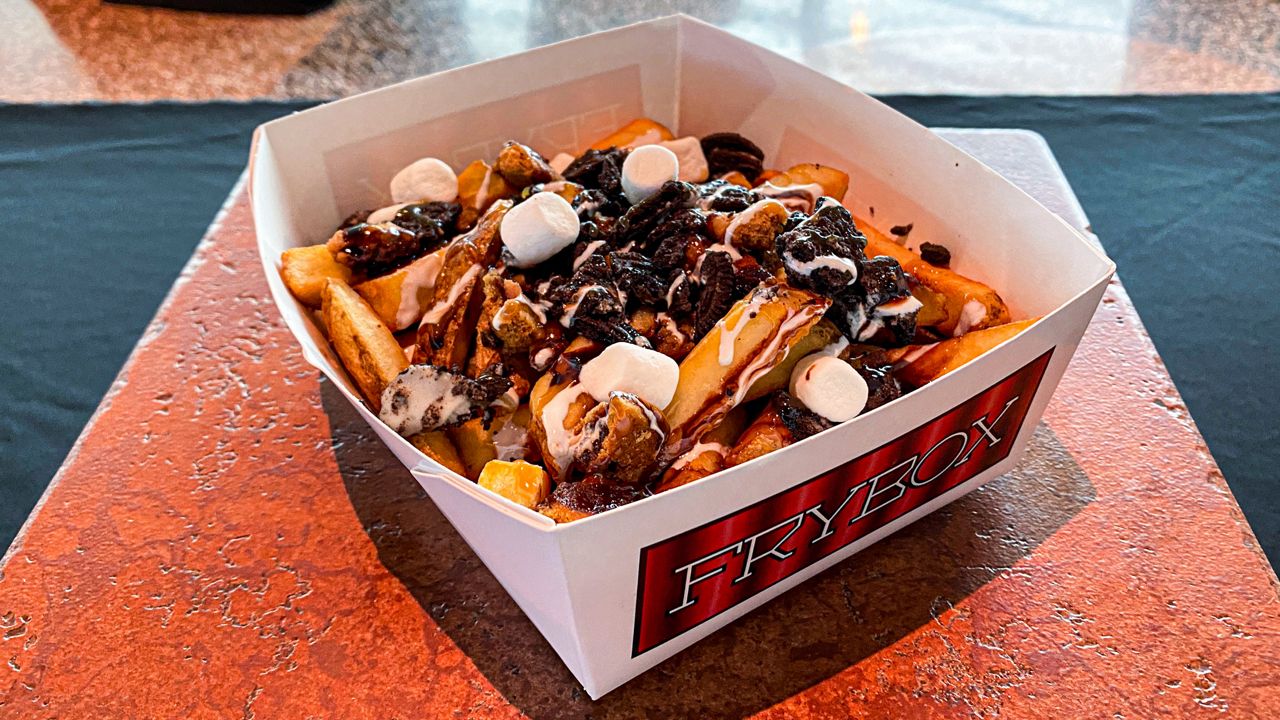 "We've had people ask, 'Why did you do that?' But if you look at every MLB park, they all have one of these types of items on their menu," he said. "People seem to really like it."

While there’s an emphasis on “new” this year, there’s still room for tried-and-true classics style, Davis said. He feels two of the most popular items will be the handcrafted 1869 Burger (all-beef patty, with BBQ sauce and onion straws) and the new “Red Hot” chicken sandwich featuring beloved lot hot sauce, Frank’s RedHot.

“Right now, everybody’s having supply chain issues,” Davis said. “I really wanted to make sure we selected items we knew would be both popular and readily available. We wanted to feature items we could showcase all season long without having to pivot from or change them.” 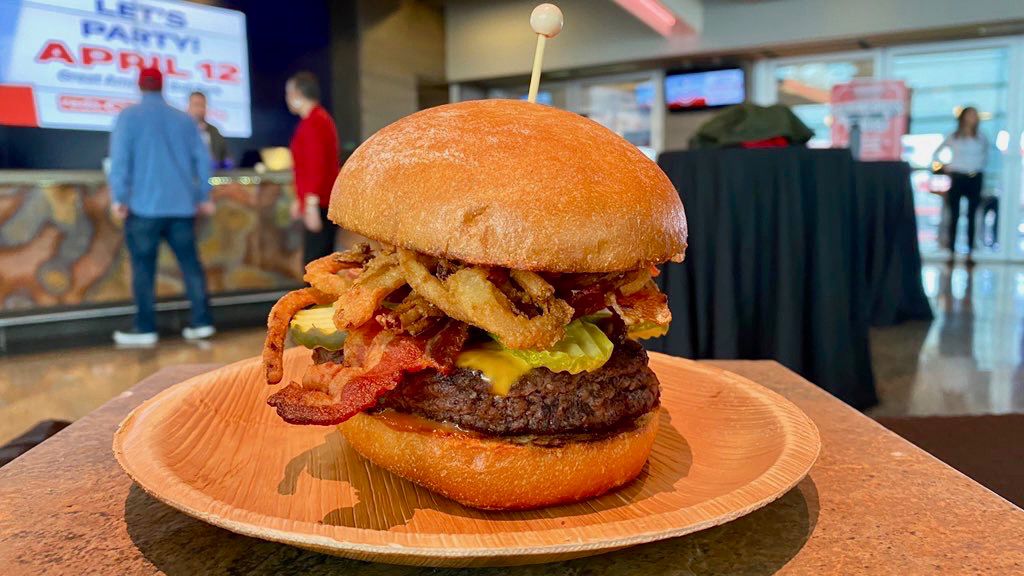 While he’s happy to add many new items, Davis knows the continuation of the stadium’s food and beverage partnerships from several local brands remain critical. That includes local chains such as LaRosa’s Family Pizzeria, Wings & Rings and Al’s Delicious Popcorn will continue to be mainstays at GABP.

Covington, Ky.-based Frosthaus will serve a variety of frozen alcoholic drinks and frosty blends, including Kentucky Lemonade (sweet and tart lemonade and Kentucky bourbon) and Redlegs Rum Runner (a mixture of tropical fruit and rum).

BLOX (Section 134) — Alcohol and fruit-infused ice cubes made in Cincinnati.