COLUMBUS, Ohio — Cases of the variant first discovered in the United Kingdom soared in Ohio, nearly doubling in two days.

Between the Centers for Disease Control and Prevention’s (CDC) Sunday and Tuesday evening updates, reported cases rose from 33 to 61.

On Tuesday, five sequenced samples of the variant known as B.1.1.7 were uploaded by a CDC lab to the global database for tracking mutations in the virus.

Some of Ohio’s CDC-uploaded B.1.1.7 cases were detected using the “s-gene dropout” method, which means a lab conducting standard PCR testing noticed an abnormality and flagged the sample for full sequencing. In other instances, labs are identifying the variant via random sequencing.

Previously, the CDC had only posted one of Ohio's 14 uploaded B.1.1.7 samples that are available to researchers; the other 13 were submitted by University Hospitals in Cleveland (9), Ohio State University Wexner Medical Center (3), and the Ohio Department of Health (1).

The variant has been detected in 15 counies, according to the Ohio Department of Health: 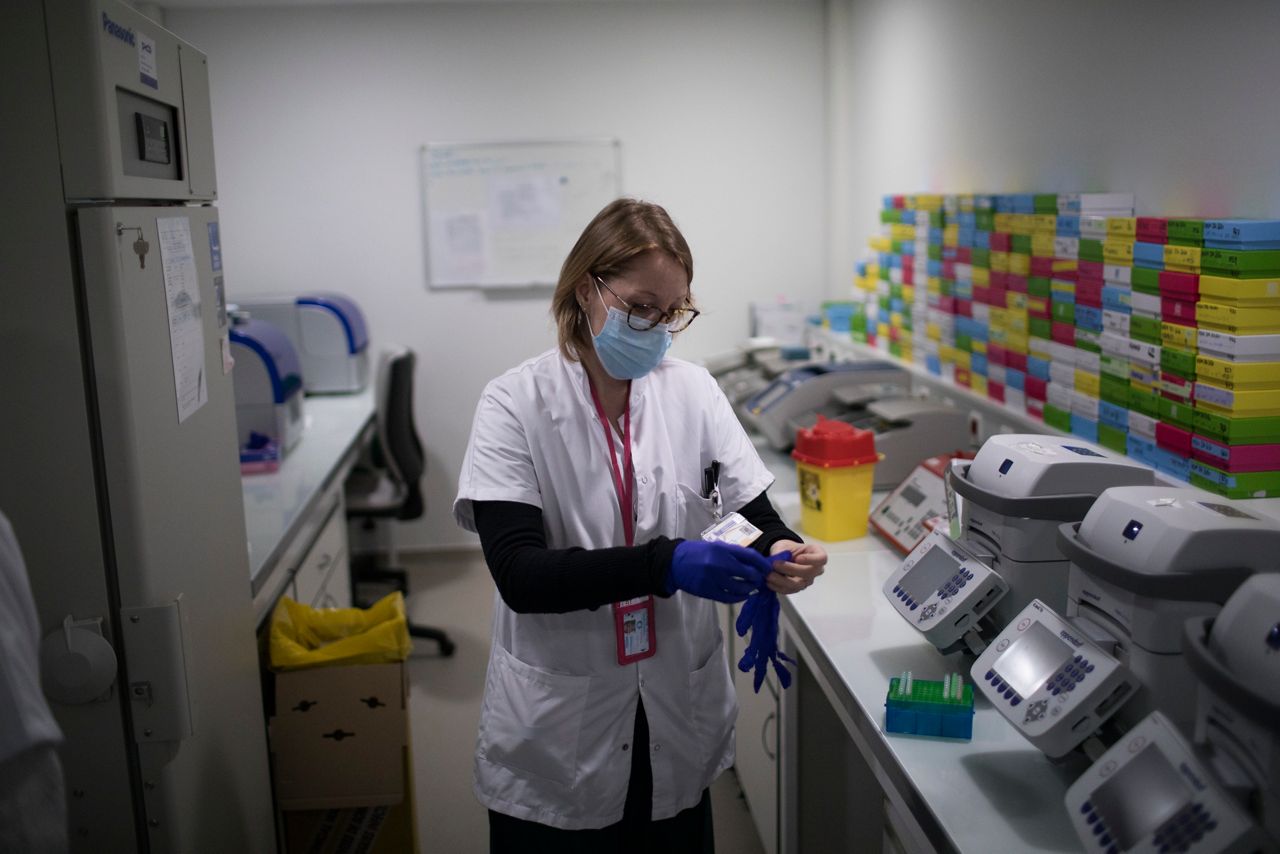 No information was available about the dozens of cases that have not been reported to the database.

The CDC tracks two other variants: B.1.351 (91 cases), which has not been detected in Ohio, and P.1 (15 cases), which was first reported in Ohio on Sunday in one patient — a 2-year-old at Nationwide Children’s Hospital in Columbus.

Experts fear P.1 and B.1.351 are spreading undetected because they cannot be identified with PCR testing.

The B.1.1.7 variant is highly contagious and more deadly than previous strains, according to health officials. Vaccines perform well against the variant.

The B.1.351 variant, which is also more contagious, has been shown to evade life-saving antibody treatments, and this variant is the most threatening to vaccines. South Africa, where the variant was first detected, stopped administering the AstraZeneca vaccine in early February because it did not work well against the variant.

P.1 shares similar properties with B.1.351 and experts are concerned by early evidence that in Brazil, where the variant is surging, people who recovered from infections with previous strains are becoming reinfected with this one, but further studies are under way with regard to vaccine efficacy. Pfizer reported Monday that its vaccine is highly effective against the variant.