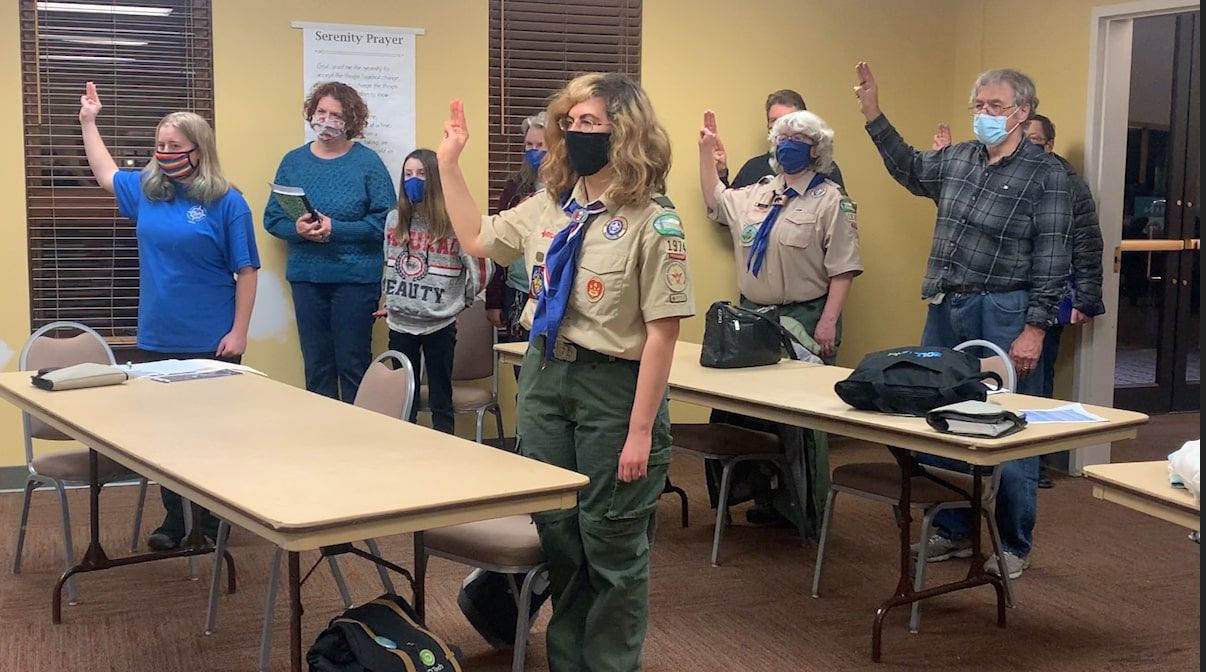 CINCINNATI — Renee Bauer, 18, is a proud member of Scouts BSA, and just more than two years after joining the organization, she is making history as the first female to reach Eagle Scout in southwest Ohio.

Bauer joined the organization in 2019.

“At first, I was just doing, like, small little merit badges with my younger brother, Aaron, because he was a Boy Scout and my mom kind of had me get dragged along with him,” said Bauer.

Although she was a little hesitant at first, she said she really started to enjoy it. Every Thursday, she drives one hour from Indiana to the suburbs of Cincinnati for the scout meetings.

“A lot of the girls on my scout troop are very nice and I was able to make really quick friends with them and a lot of the merit badges ended up being really fun,” she said.

Bauer is now making history. Within 26 months, she earned an Eagle Scout merit badge. She is the first female in Southwest Ohio to earn it. Only eight percent of scouts in history have ever accomplished the prestigious status.

“It does make me feel like I really achieved something and I wasn’t even aware of that either,” she said. “I mostly just see a lot of people who say they were in scouts regret not getting their Eagle Scout merit badge. So, I was like hey maybe I should go for the Eagle Scout and say I did it.”

With all that she’s achieved, Bauer said she’s grateful to have the opportunity to be a part of the Scouts BSA and prove she's capable of doing anything boys can do.

“I think that scouts made the right choice allowing girls to join Scouts and be able to become part of a bigger community,” she said.