MADISON, Wis. — Researchers with the Wisconsin Geological and Natural History Survey (WGNHS) have created a tool with the potential of making things easier for regulators and farmers to prevent it.

“Can we map the thick soils and then know that there's less risk of groundwater becoming contaminated,” said David Hart, a hydrogeologist and geophysicist with WGNHS.

Hart and colleague geologist Grace Grant developed a way to use an infrared camera on a drone to measure soil depths from the sky. Warmer temperatures on the camera means more space between the surface and the bedrock under the soil.

“That's probably because the thicker soil is more insulating than a thinner soil, just like if you were covered up with a lot of blankets you're not losing your body heat,” Grant said. 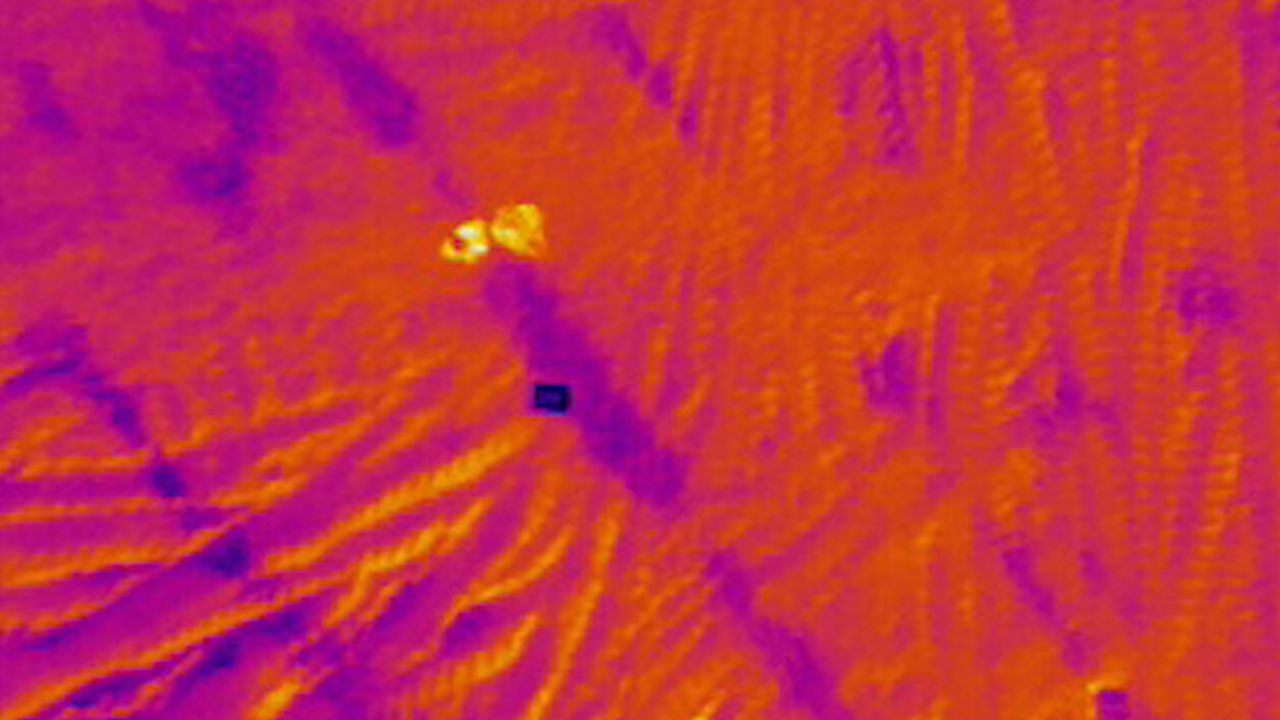 The normal method is sticking a metal stake into the ground and checking soil depths one point at a time. Which depending on the size of the field can take a hundred or more points.

“You can see variation over a bigger space,” Grant said. “So if the method works you can map an area a lot faster.”

“So we wanted a method to see if we could map fields quickly and relatively inexpensively,” Hart said.

The Wisconsin Department of Natural Resources has recently released rules detailing what type of nutrient spreading farms can do over sirulian bedrock. Shallower soil depths driving how farmers approach fertilizer and manure on their fields.

“That's our main focus here is what tools can we provide that others can use,” Hart said.

The Department of Agriculture, Trade and Consumer protection is in the process of creating technical standards and verification of depth rules based off the DNR guidelines for soil depth, a process that could still take more than a year to incorporate into ATCP 50. Farmers still need to follow the DNR rules as part of their nutrient management plan. For CAFOs the DNR rule will be incorporated into existing permits.

Regulators say having this tool could make this process much more affordable and accurate.

“Accurate, cost-effective depth to bedrock maps, so that farmers and landowners do not need to take on that cost of verifying their depth to bedrock of their land, would be much more cost efficient and obviously would take some cost away from that individual land owner,” said Rachel Rushmann, producer-led program manager with DATCP.

So far scientists have confirmed this method works, now it's up to regulators and agriculture stakeholders to start using it.

“I hope we have cleaner groundwater and I hope we have not taken land out of production that can and should be farmed,” Hart said. “I hope we've struck a good balance.”