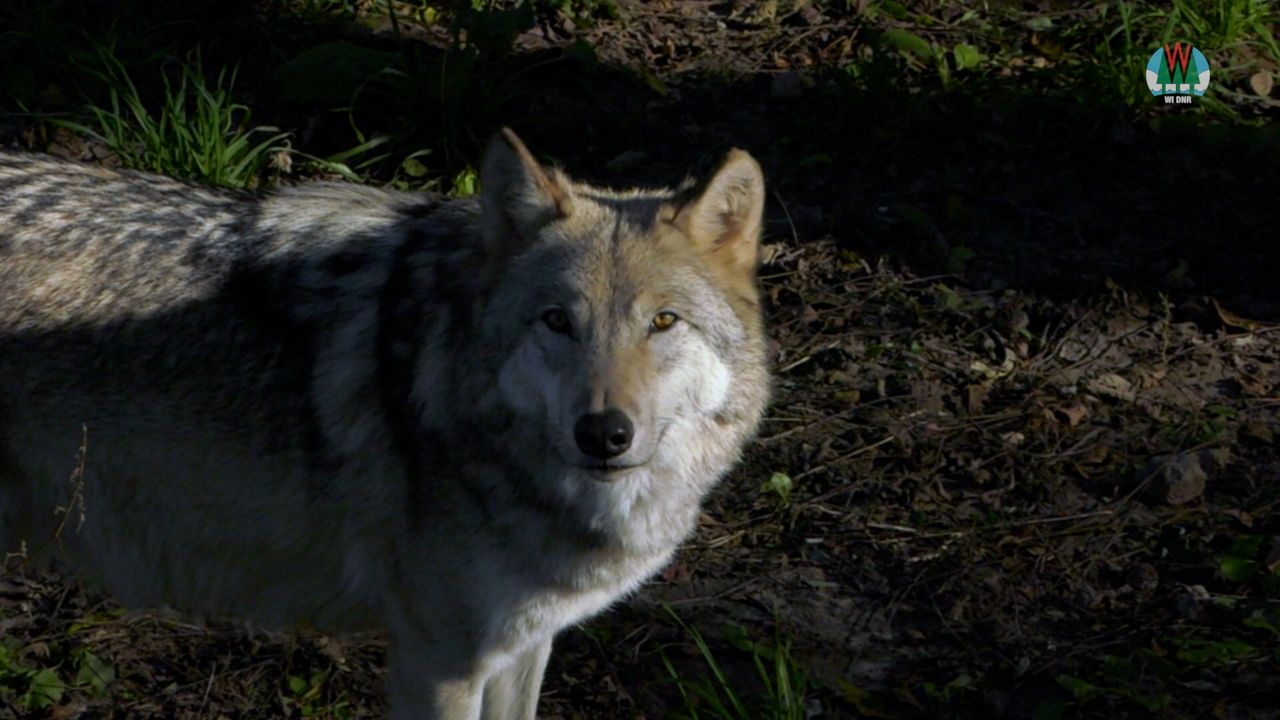 MADISON, Wis. — The United States Department of the Interior announced on Thursday that it would de-list the Grey Wolf from the Endangered Species Act (ESA).

Crediting President Donald Trump's administration for the move in a press release, the DOI Secretary David L. Bernhardt said the wolf has made a successful recovery in the United States.

“After more than 45 years as a listed species, the gray wolf has exceeded all conservation goals for recovery,” Bernhardt said in a press release. “Today’s announcement simply reflects the determination that this species is neither a threatened nor endangered species based on the specific factors Congress has laid out in the law.”

Management for wolf populations will be handed over to state jurisdiction in 60 days. In Wisconsin, the Department of Natural Resources will handle the task.

“We welcome the responsibility for scientifically managing wolves,” said Keith Warnke, division administrator for fish, wildlife, and parks with the DNR. “We've done this before, we have the tools in place to do it and we certainly have the engaged citizenry and all of our partners that are willing to help us do it.”

Most recently, the Wisconsin DNR managed wolf populations from 2012 to 2014, when the species was temporarily delisted before being added back to the endangered list with a lawsuit. While this decision is likely to be challenged again, Wisconsin ecologists say the move isn't surprising.

“I think it was inevitable,” said Timothy Van Deelen, a University of Wisconsin professor of forest and wildlife ecology and specialist in large mammal management. “I understand the controversy, but I think the bulk of the scientists who work on the management side of this feel like the wolves should be delisted under the criteria in the endangered species at.”

There are more than 1,000 wolves in Wisconsin according to the Wisconsin DNR — most of them in the northern third of the state or the central Wisconsin forests. Van Deelen said that number almost doubles when you factor in Michigan populations in the Upper Peninsula.

“That's a secure population,” Van Deelen said. “In fact it's a population that looks like it's starting to come to it's own carrying capacity.”

Van Deelen said population increases in the region below Lake Superior have been slowing down, getting closer to a natural ceiling for the region. He said populations are also secure in the Northern Rocky Mountain Region. However, if you look at former parts of the wolves range in the Lower 48, areas like Iowa and Missouri have not recovered wolf populations.

“So that's where I think a lot of the controversy is,” Van Deelen said.

The decision was met with pushback from Tribal groups. The Great Lakes Indian Fish and Wildlife Commission — which represents interest of several tribes in Wisconsin, Michigan and Minnesota — condemned the decision. They cited spiritual ties to wolves, or ma'iingan as well as conservation concerns.

“GLIFWC member tribes have made it clear to Federal and State agencies that they are opposed to delisting ma’iingan and have advocated for high levels of protection of our relative,” said Michael J. Isham, Jr., FLIFWC Executive administrator. “Furthermore, we remind the Department of the Interior that the trust responsibility to the tribes in the realm of the ma’iingan stewardship does not cease with delisting, but rather increases the need for their active involvement in protecting tribal interests.”

The announcement also drew criticism from wildlife advocacy groups across the country, including in Wisconsin.

“Endangered species conservation begins and ends with managing and educating people. Delisting would essentially throw the wolf back into the hands of the very same attitudes and practices that caused their extinction in Wisconsin,” said Melissa Smith, director of Great Lakes Wildlife Alliance and Friends of the Wisconsin Wolf & Wildlife.

However, many in Wisconsin were happy about the decision. Wisconsin Wolf Facts has advocated for the species to be delisted for some time.

“I would hope that we would have a permanent delisting and that the state would be able to manage wolves in a responsible manor,” said Laurie Groskopf, a longtime Northwoods resident and member of Wisconsin Wolf Facts.

Groskopf said she's not getting too excited yet, because she's bracing for the decision to be reversed again, though she's hopeful.

“Wolves are recovered, we need to manage them sensibly, and the DNR has proven they can do that,” Groskopf said.

The DNR is charged with paying people who take in losses from wolves — like livestock or domestic animal kills. It is currently illegal to kill a wolf, even if it is to protect one of your animals. The DNR keeps a map online of where wolf incidents happen in Wisconsin.

Groskopf said she's seen dozens of wolves in her time living in the Northwoods, and they have killed dogs of hers in the past.

“I feel for the farmers most of all because that's their livelihood,” Groskopf said.

The DNR is currently reviewing the best course of action for wolf management. In pervious years the agency had managed a hunt that spanned from October to February as part of the state's management plan. Warnke said it's too early to say if the agency will manage another hunt.

“We are looking at whether we reopen and update that plan or how we take steps toward defining what the wolf population in Wisconsin should be,” Warnke said.

Warnke said the state doesn't have a target population size for wolves as of yet, and they will include public input before deciding anything like that. A state wolf management plan formed in 1999 listed a management goal of 350 wolves in the state outside of Tribal Reservations.

Warnke acknowledged the differences of opinion Wisconsinites have on wolves, and said the agency would seek to include all perspectives.

“We take great strides to balance all of that public input and the input of all citizens of Wisconsin,” Warnke said.

Van Deelen said there isn't a definitive scientific answer for the best way to proceed with managing the state's wolves.

“Science can't tell us for instance whether we should hunt wolves or not,” Van Deelen said. “If you tell me what the goal is then I can give you a scientific prediction on how to get there.”

He said the political and civic process of public comment and rule-making will ultimately decide the state's wolf population. Though, he did say this isn't a death sentence for the species and he doesn't expect populations to get to a critical level of below 100 wolves again.

Ultimately he said if it's an issue people care about, to tell the DNR how they feel.

“We should have some faith in our managers and people who are concerned about this should consider getting themselves involved in the decision making process,” Van Deelan said.