What is a Blizzard?

When you think of a blizzard, you’re probably thinking of one of two things: heavy snow dumping down, or a frozen dairy treat. For the weather-related one, winter storms have a high bar to cross to become a bona fide blizzard.

But it also turns out that you can experience a blizzard without a single cloud in the sky.

Automated weather sensors can measure wind and visibility to help determine if a true blizzard is happening.

Sometimes, though, blizzard conditions can happen where there aren't any of these sensors, so trained weather spotters are crucial for making observations and informing meteorologists. 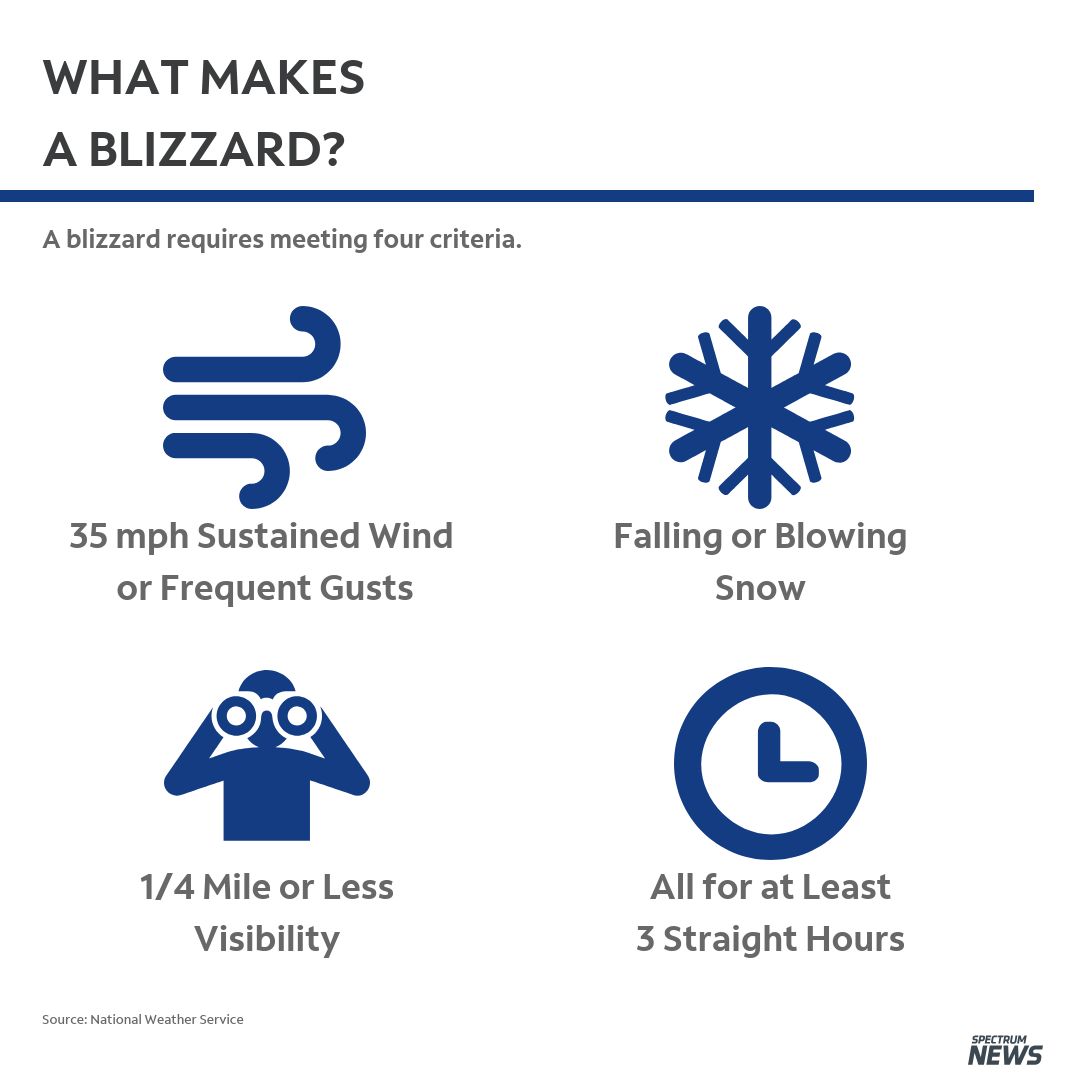 The “classic” blizzard is the one that many people envision. It comes from a powerhouse winter storm that dumps heavy snow while driving winds make travel all but impossible.

These types of blizzards can plague mountainous areas, hook from the Southern Plains and into the Midwest, or skirt along the East Coast as a nor’easter.

However, there’s another kind of blizzard: the ground blizzard. This happens when strong winds kick up a snowpack that’s already on the ground. The snow is usually at least a couple of inches deep and pretty powdery.

Ground blizzards happen when no new snow is falling. In fact, it’s entirely possible for it to happen on a sunny day.

Where and When Do Blizzards Happen?

Blizzards are more common in some places than others. In the Lower 48, the Northern Plains is the hot spot, and geography is a big reason why.

Since that area trends colder, their snow is often fluffier, making it easier to blow around. That region is also wide and open, letting strong winds move through with nothing in their way to slow them down. 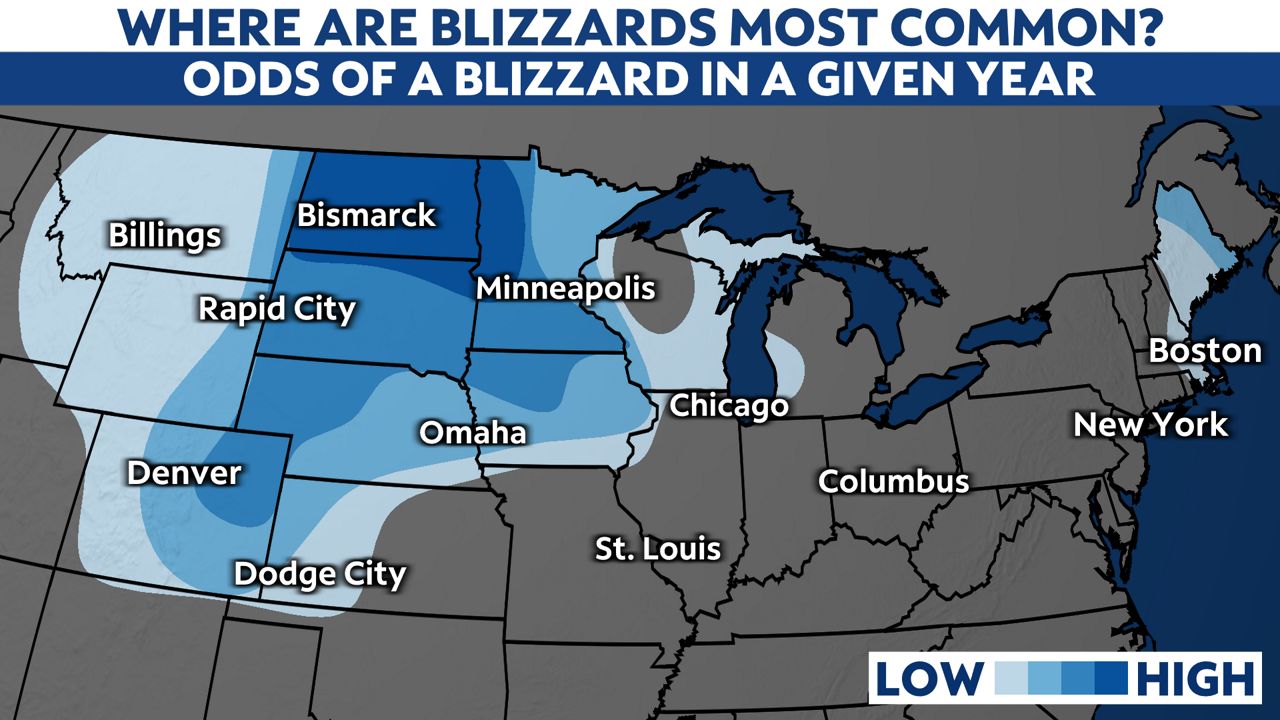 Adapted from "An Updated Blizzard Climatology of the Contiguous United States (1959–2014): An Examination of Spatiotemporal Trends"/Journal of Applied Meteorology and Climatology

Research published in 2017 shows that North Dakota into northwestern Minnesota is the blizzard bullseye, where the odds of a blizzard are about 62 percent or higher in a given year. The lightest blue shade in the map above has odds ranging from roughly two-in-ten to three-in-ten.

Blizzards are most common in December and January but have occurred in every month except July, August, and September.