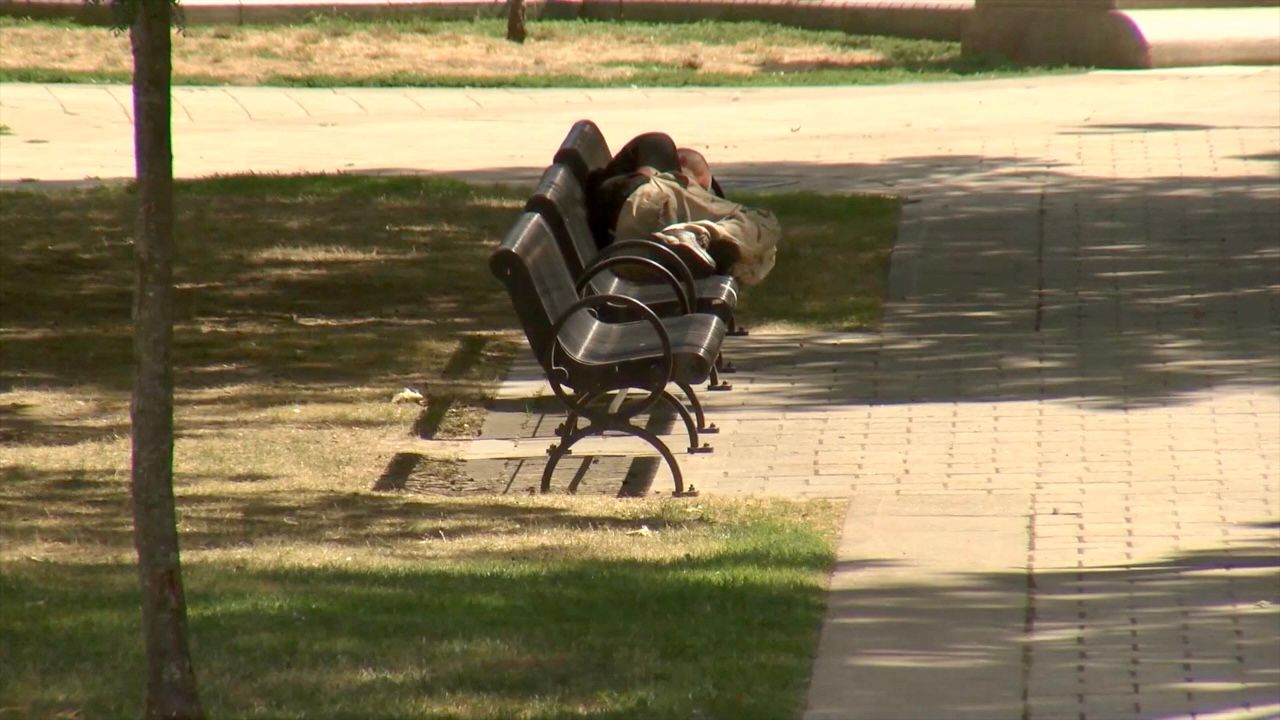 Homelessness in Worcester an issue heading into winter

WORCESTER, Mass. - It’s the busiest time of year for Melissa Recore and her colleagues at UMass Memorial Health's Homeless Outreach and Advocacy Project.

"Not having your basic needs met, not knowing where you can sleep that night, whether you'll be safe, that impacts your mental health," said Recore, who serves as the associate vice president of access for UMass Memorial Health's Community Healthlink. "So, we're also seeing that trickle in among our emergency services teams too, with individuals that are homeless, feeling hopeless and stuck."

Also known as HOAP, the project specializes in assisting people identifying as homeless or people who are at risk of becoming homeless. The continuation of the pandemic and higher inflation are driving more people to their Chandler Street location.

"We do see an inflated amount of individuals coming in who historically did not struggle to have their basic needs met," Recore said. "And now, they're finding it hard to decide, 'am I paying my rent or providing food?'"

Recore points to affordable housing as another issue, describing the situation as a crisis in Worcester. A count earlier this year by the Central Mass Housing Alliance found more than 550 homeless people in Worcester County, with almost 500 in the city.

For years, Pastor Richie Gonzalez and Hotel Grace have worked to take people off the streets during the cold. But, the sale of their Vernon Street building earlier this year has left them without a shelter.

"Our phone has been burning out every day," Gonzalez said in a phone interview Tuesday. "People calling from hospitals, from everywhere. A lot of organizations calling. People calling my phone every day. I get at least eight to ten calls."

Gonzalez said it's situation frustrating, and having been homeless himself, he knows what many on the street are experiencing right now.

"I feel that pain," said Gonzalez. "Even though I do not physically experience it, I feel it for every person that is out that suffering that right now."

HOAP is currently holding a coat drive in hopes of providing warmth to as many as possible while shelters like Hotel Grace try to get back on their feet. Recore said they'll take any help they can get.

"You don't have to make big donations," Recore said. "But, think about the little things every day and if we all do a little, it can make a big difference."

Gonzalez said there is a building they're looking at to put the shelter with the hopes of having it inspected within the next couple of days. His ultimate goal is to have Hotel Grace back up and running within the next few weeks before the real cold starts to set in.