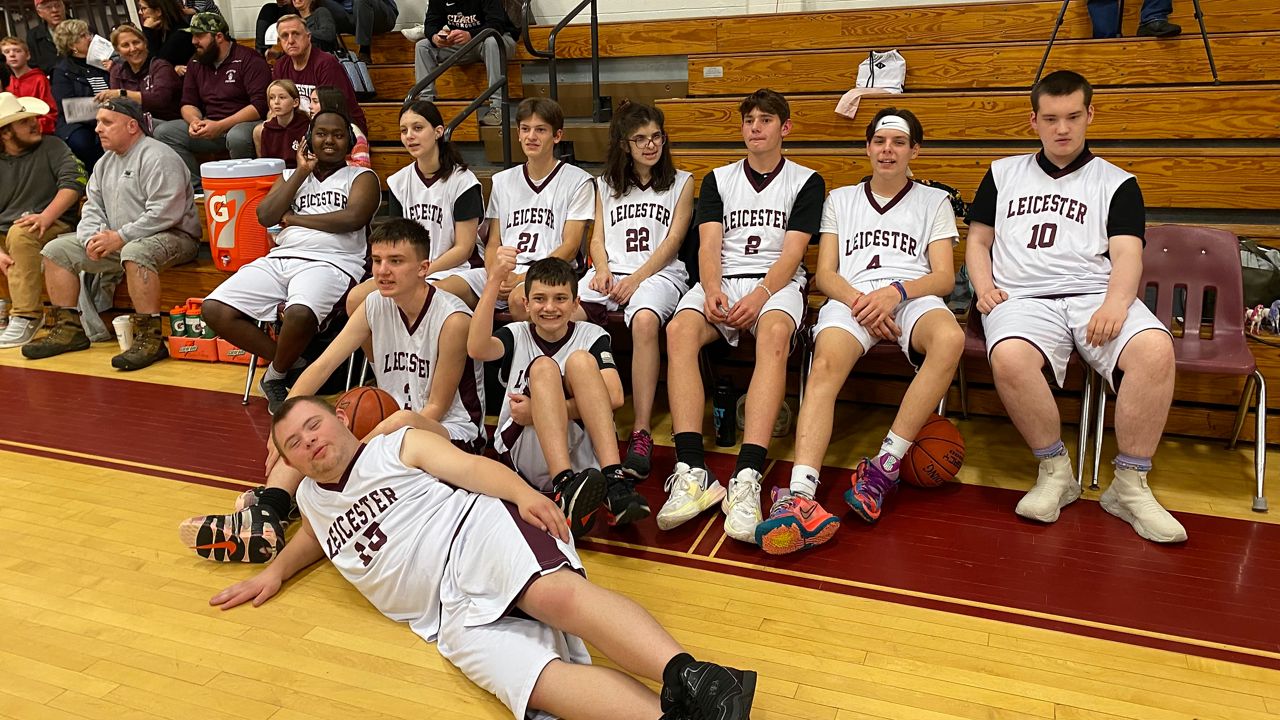 "Unified basketball is a combination of Special Olympics players and other athletes playing together on the same team to promote inclusion through sports," coach Analisa Curren said.

But, for senior Steven Jyringi, it was more than just a game. It was the senior night he will never forget

"He's quite the basketball player and he's got some skills," coach Kristin Lamprey said. "He's our bright light. And our other two helpers, Isaiah Bamba and Derek Mahoney are here with us too, to cheer him on and wrap up their senior year too."

Jyringi, joined by his parents, was presented a special basketball from Curren and Lamprey. Known to some as 'The King of Leicester,' Jyringi has been part of the Leicester Public School system since pre-school, making Wednesday's game special not just for him, but for those who have followed along during his journey.

"I just saw one of his teachers walk by from third grade and his fifth grade teacher walk by," Lamprey said. "So, I mean, I look at those types of things as like hey, you know what, Steve's in the house. He's got his fan base for sure."

Jyringi and the rest of his Wolverines teammates are part of a growing trend nationwide. More than 4,500 elementary, middle and high schools across the United States now have some form of a unified sports team, according to Special Olympics. It's an opportunity to showcase inclusion and tolerance inside and out of the classroom.

"The goal is, they're building these peer relationships through practice, through games," Curren said. "But then you know, we're in the cafeteria and they're sitting together and they're talking. And really, this is the start."