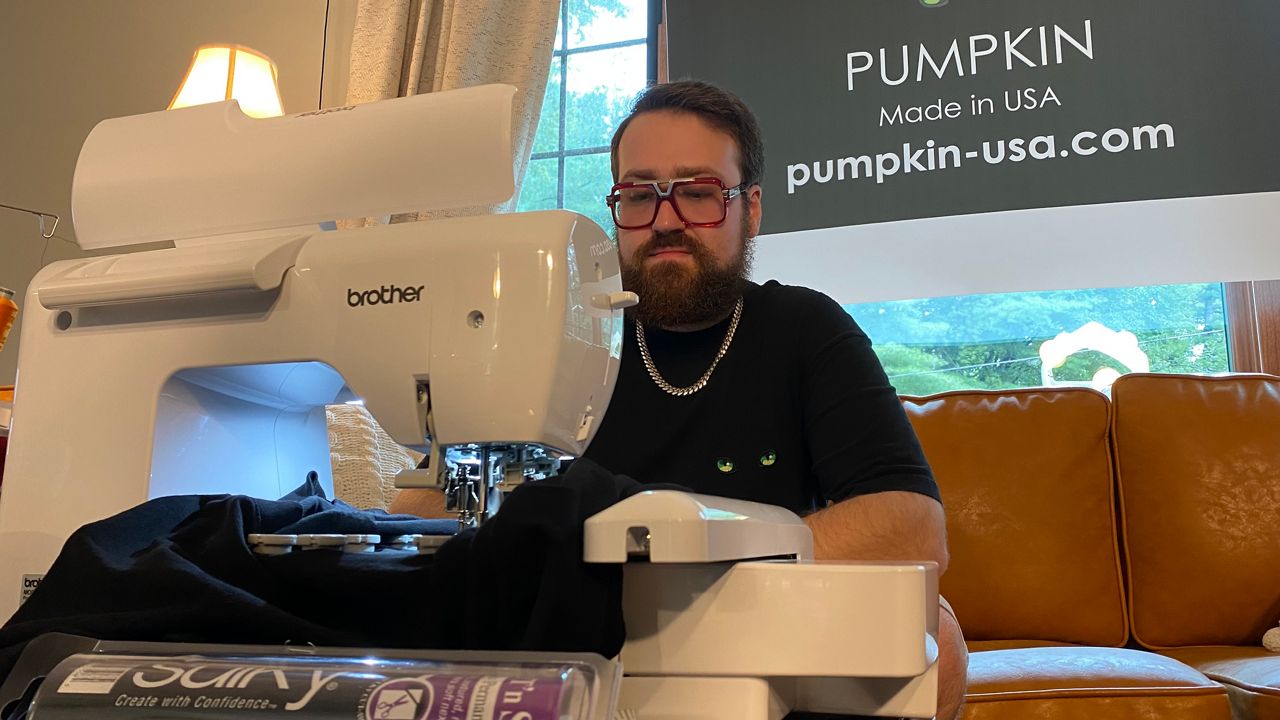 WHITINSVILLE, Mass. - To see Kevin Lipert work, you’d think he was a natural.

"The last time I sewed before I got this machine was probably in fifth grade in my home economics class," he said. "I was terrible. I couldn't even sew a button."

But the 29 year old Whitinsville resident has always had a love for fashion.

"I know that I enjoy working with my hands and crafting things," Lipert said.

Lipert was a scientific researcher at Moderna, but after five years, he wanted to get more in touch with his creative side. In June, he traded in his lab coat for a sewing needle and, after some practice, started his own clothing brand.

"I wanted to make a social impact with it," Lipert said. "So, all of our clothing is going to be made in the U.S., highly sustainable, durable things."

Lipert's brand is called Pumpkin. It is named after the cat his girlfriend rescued.

Pumpkin is living with diabetes, asthma, and cancer. After spending a lot of time with the little orange kitty, Lipert had the thought of using his talents to give back.

"We will also donate half of our profits to the MSPCA in honor of him because he has been there several times," Lipert said.

Lipert's first design is a fitting one.​ It's a t-shirt with the cat's eyes sewn into it.

Lipert said leaving a successful career wasn't an easy decision, but one he had to make.

"I feel like I'm in a comfortable place," Lipert said. "And this was always sort of my goal, was to acquire enough money with a nine to five job to support dreams that I had in other avenues."

"A lot of these clothes, especially designer clothes, designer t-shirts, can cost upwards of $500," Lipert said. "I know the end result is probably someone driving around in a Ferrari. So, trying to change that a little bit and have it do some good. Because that kind of money can really cause some positive change."