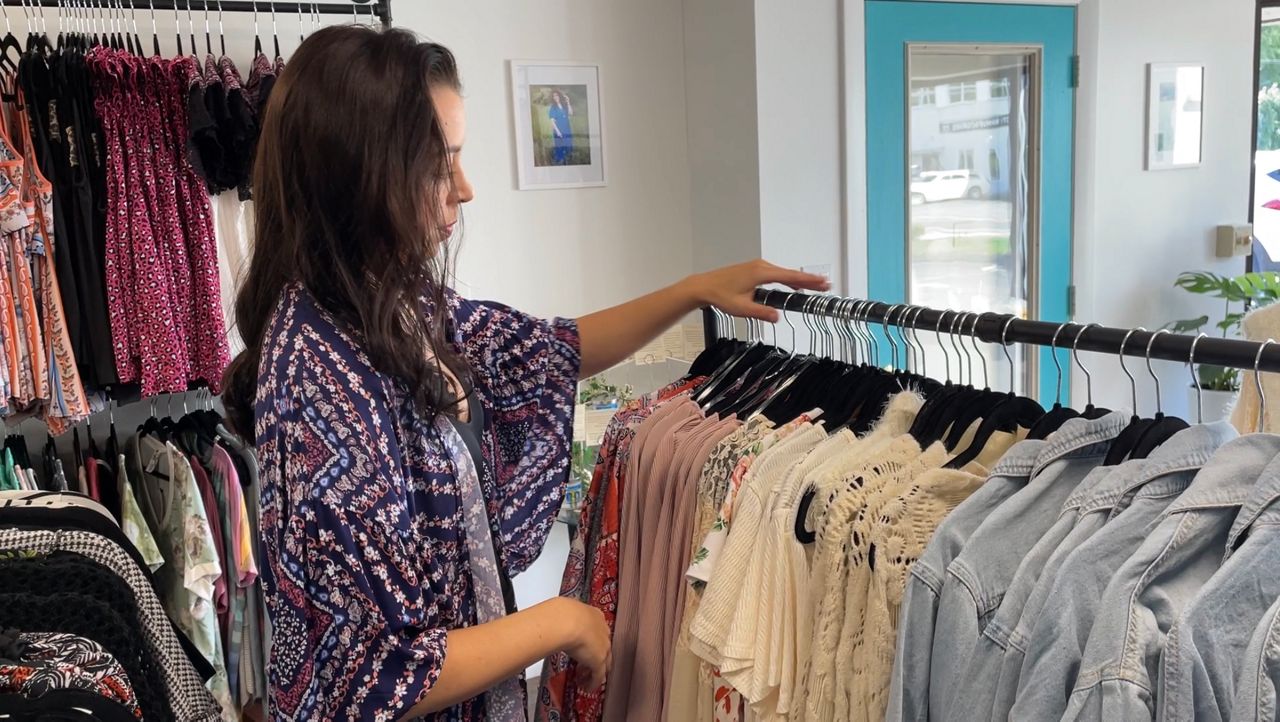 WILBRAHAM, Mass. - Clothing was what allowed the GRATI Shop founder and owner Kelly Partridge to heal from an abusive relationship, and now she is using her clothing store to empower others. ​

"As a part of my healing journey, I thought to myself, 'Well, if I can just get up in the morning and get dressed and just try to feel good on the outside, maybe then I'll get a point where I'll start feeling inward,' " said Partridge.


Partridge said the name 'GRATI' is short for gratitude, which comes from an appreciation for how her recovery from domestic abuse inspired her life now.

As a 'mission-driven business,' Partridge actively uses her platform in efforts like the 'GRATI Gives Back' fundraiser for Shapes Preschool in Springfield. Partridge is also partnering with the nonprofit Rachel's Table for a fundraiser in September to help alleviate hunger in western Massachusetts.

"And in addition to that, I really try to support other female entrepreneurs," Partridge said. "I hold pop-ups here at the store to try and promote other brands. We also have a lot of local female-owned local businesses featured here in the shop as well."

Since opening her store in July, Partridge has collaborated with female-owned businesses. Partridge said one of her goals is to use her boutique to build confidence in other women.

She said it's been difficult to speak about her experience with domestic abuse in the past, but having an open dialogue about it allows her to connect more with people.

"It's so unfortunate," said Partridge. "But at the same time, me sharing about myself and what I've gone through feel like has inspired at least a few people to work through what they've experienced."