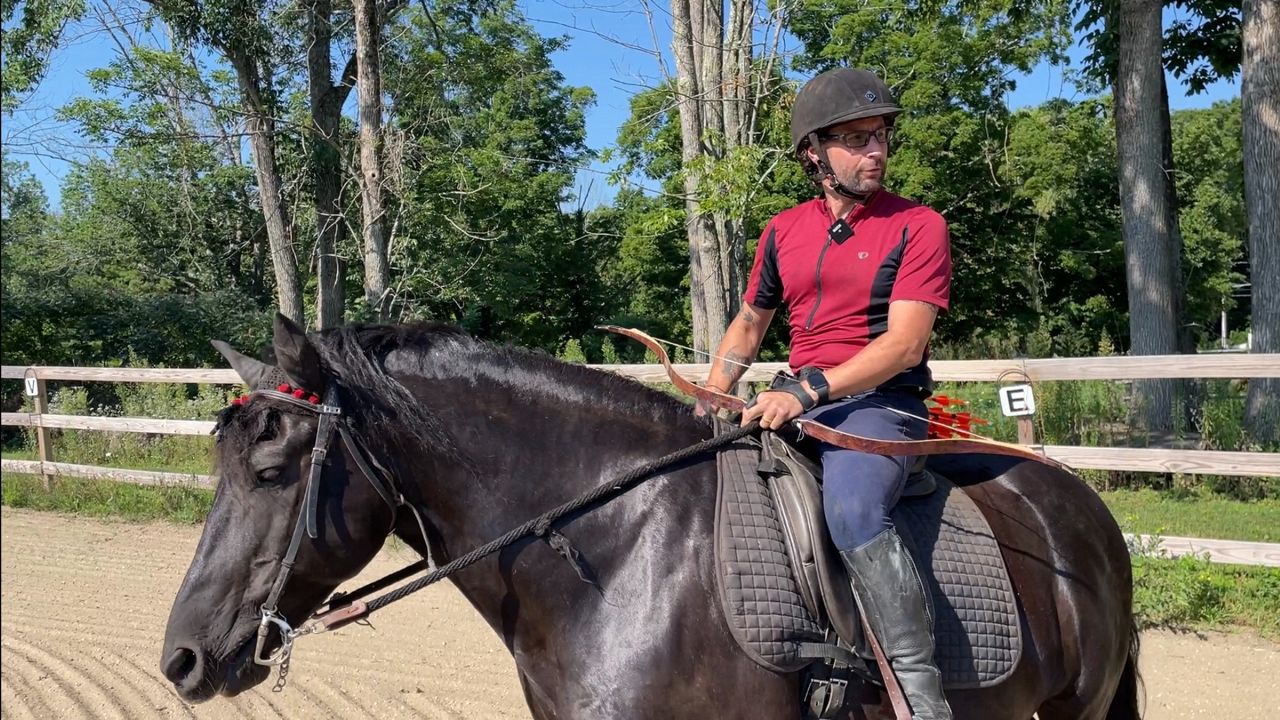 BRIMFIELD, Mass. - Centuries ago horseback archery was used in battle, but it's now a fast-growing sport.

"Horseback Archery was founded originally under medieval times so it was used by warriors and Mongolians," said Eric Hebert, founder of Dark Horse Mounted Archers. "The Turks, the Eurasian Steppe. So that's how they fought for land, that's how they got their food."


The horseback archery Eric Hebert teaches involves both the martial arts of using a bow and an arrow as well as horsemanship skills.

At Dark House Mounted Archers Equestrian Center in Brimfield, he has a course where riders on horseback try to hit targets. On Thursday, Hebert took his horse and a few traditional arrows out for a practice session.

"For horse archery, you can either have something on the hip, on the back," said Hebert. "Or this is as a cross quiver. And it's all about preference."

Hebert is also training client and fellow horse owner, Melissa Porter on how to use a bow and arrow. She said learning to how use a bow properly is challenging and requires a lot of practice and skill.

"On the side, I also need to practice using the arrow," said Porter. "And learning how to do some of the things he taught me today, and do it in a way that feels comfortable."

Hebert said another challenge of horseback archery is desensitizing the horse during competition to distractions like the noise from fired arrows. He said the bond between the human and the animal is important because it requires mutual comfort and communication.

"I am letting go of the reins of my horse so I have no control over his neck," Hebert said. "He's responding to my voice, he's responding to my other cues such as my legs. So there has to be an exceptional amount of trust between the human and the animal."

There are international horseback archery competitions as well as some in the U.S. As the sport expands, the Dark Horse Mounted Archers hopes to one day create a club through Horse Archery USA and compete.