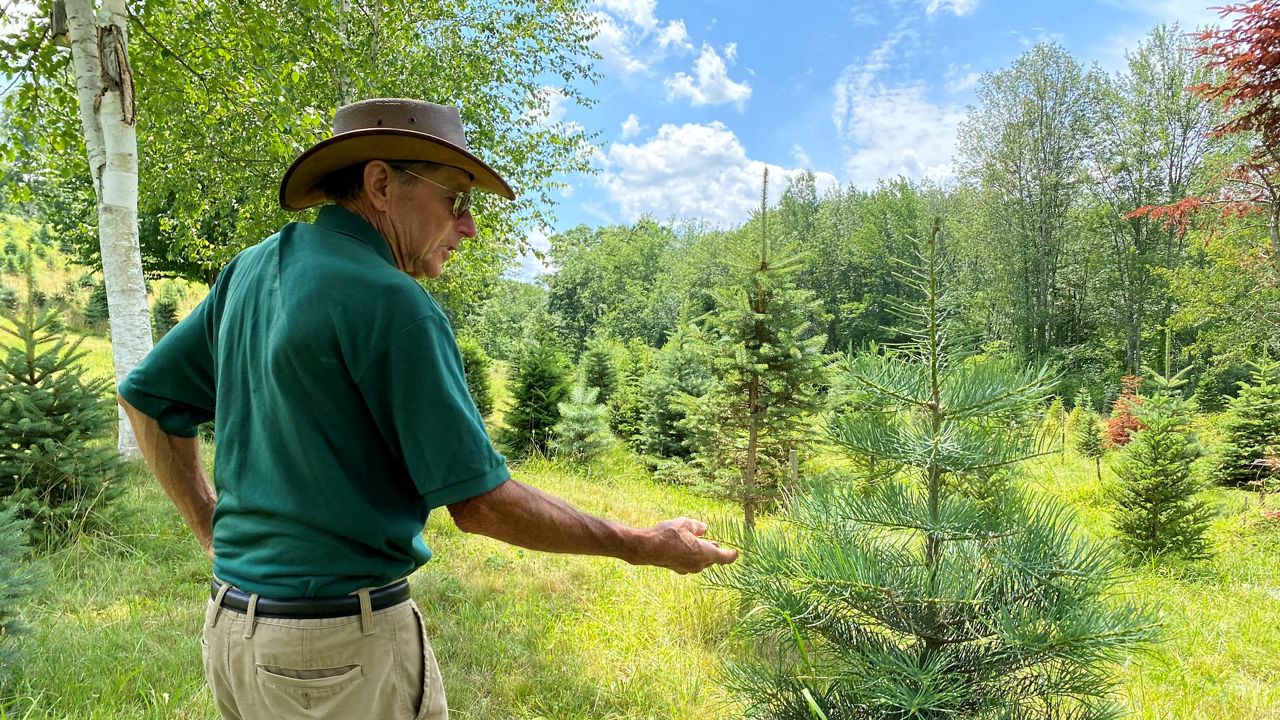 AUBURN, Mass.—Almost halfway through July, your Christmas tree is probably not on your list of concerns right now. But for Luk’s farm in auburn, it’s a different story. They sell hundreds of Christmas trees every year, and the drought is just making things way more difficult.

There are more than 7​,000 Christmas trees being grown by Richard Luks and his wife Linda at their farm. But the unusually dry weather is killing some of their businesses.

“As you can see, the trees are really suffering this year,” Luks said. “We’ve lost a lot of my small ones I planted this year. And even some of the larger trees, too, have dried right up.”

The pond towards the back of the farm is drying up more every day.

Luks said it takes around eight years until a tree is grown and ready to be cut down. But summers with significant droughts create problems down the line.

“If we have a very bad drought, it’s going to affect the smaller trees, and eight years down the road there will be a big shortage of trees,” he said.

Luks has been growing the trees for more than 60 years.

But his farm also grows produce, which has also been a struggle this year.

“My cucumbers this year are so small that they just have been sitting for a whole week have not grown at all,” said Luks.

Worcester County is currently in a moderate drought, according to the U.S. Drought Monitor.

While some farms have irrigation systems to pump water to their crops, Luks relies on rainfall, and rainfall only.

“It usually does show up, eventually,” he said. “You can’t change Mother Nature. It is what it is and you have to live with it.”