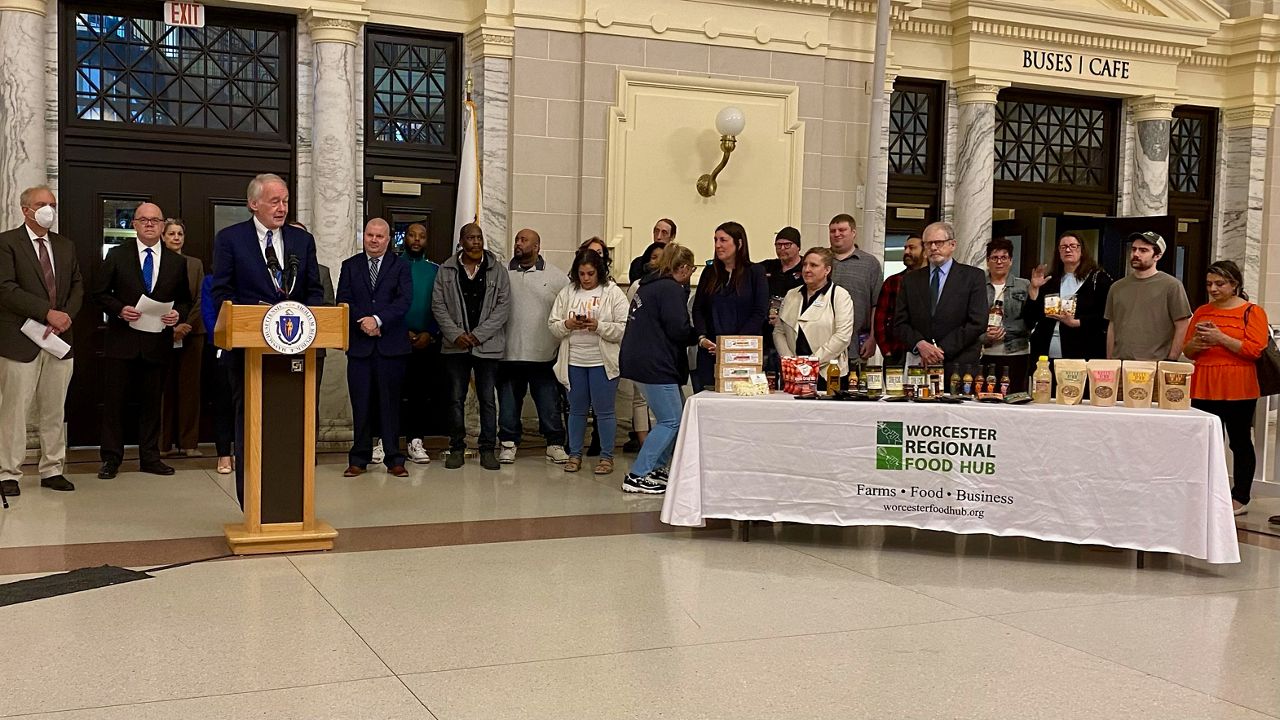 WORCESTER, Mass. - Union Station is becoming a one-stop shop for locally produced food, thanks in part to money from the federal spending bill.

“This is a perfect example at what the funding does,” Senator Ed Markey said during a presentation at Union Station on Thursday.

“All the funding is here,” Rep. Jim McGovern said. “This is a reality. This is going to happen.”

The Food Hub is receiving $3 million for its expansion into Union Station. The Food Hub helps connect Central Massachusetts farms to customers and small businesses."Our public schools, our local universities, our health care facilities, our restaurants, our stores," McGovern said.

In all, $4.5 million has been raised to help the Food Hub move into the station, including a $100,000 grant from MassDevelopment’s Collaborative Workspace Program, $100,000 in matching funds from the Health Foundation of Central Massachusetts, and $1 million from the City of Worcester’s American Rescue Plan Act stimulus.

The Food Hub currently operates a “food business incubator" out of the Greendale People's Church and uses a warehouse space on Rockdale Street. Working out of one kitchen, over 100 businesses have already been created and they’ve pushed out plenty of products.

“These business leaders will tell you that this wouldn’t have been possible without the infrastructure,” Rep. McGovern said. “Now, that infrastructure here will exist.”

At Union Station, the Food Hub will become six kitchens with bigger and better equipment to allow more business and speed up distribution, all while working to fight hunger.

“The rate of food insecurity here in the commonwealth is simply unacceptable,” Sen. Markey said.

Lt. Gov. Karyn Polito said, “This food incubator, this place will be the home of many in this region to be able to take their food and move it into a system to help a lot of people.”

As Spectrum News 1 reported last summer. the Food Hub will be operating a retail space in Union Station with various local food products made in their kitchens and will be marketing towards MBTA commuters and visitors in Worcester's Canal District.