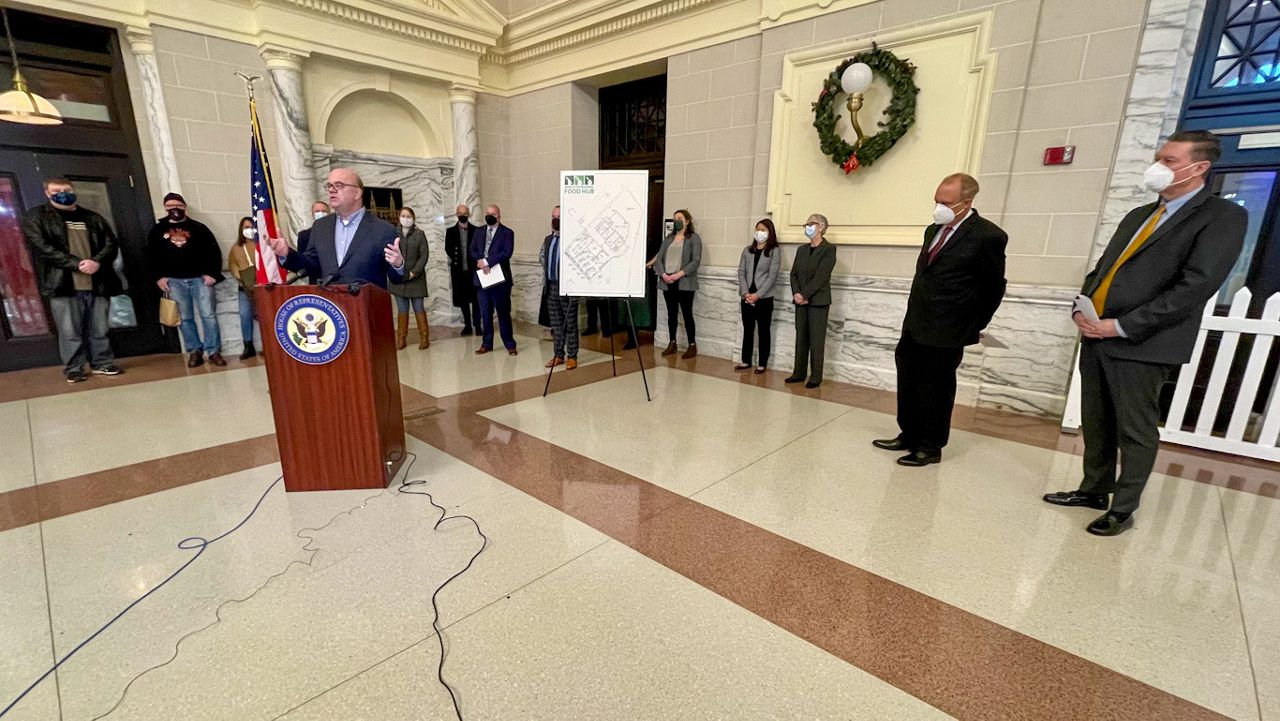 Congressman Jim McGovern speaks at Union Station on Friday during an announcement of ARPA funds being dispersed to the Worcester Regional Food Hub.

“The amount of space we have at Union Station, we're going from one kitchen to six. We’re going to have bigger equipment, better equipment, and multiple users at the same time, ”Food Hub Director Shon Rainford said at a press conference on Friday.

Rainford said they'll be able to consolidate their current two locations to one and grow at Union Station.

“We're bringing in a warehouse to the same location with greater storage for food and it's going to create more opportunities for those farmers,” said Rainford.

The Food Hub creates access for local farmers to get their goods to customers and businesses. Its new location will have a retail store, an event space for classes and allow them to help build start-up companies.

Congressman Jim McGovern (D-MA 1st Worcester) announced the funding on Friday and said it was important for him to see ARPA funding go directly to cities and towns.

“I felt strongly about that because of the advocacy from Mayor Joe Petty and City Manager Ed Augustus who say while money coming to the state is always important, that sometimes the state doesn’t always appreciate the local priorities,” Congressman McGovern said.

“Some of the ways we could spend these dollars might be on timely things, but this is one that is going to benefit us for years, decades, and generations to come,” said City Manager Ed Augustus.

Construction is expected to start within a few months. The new Food Hub should be open within a year from now and when complete, it will be open 24/7.​