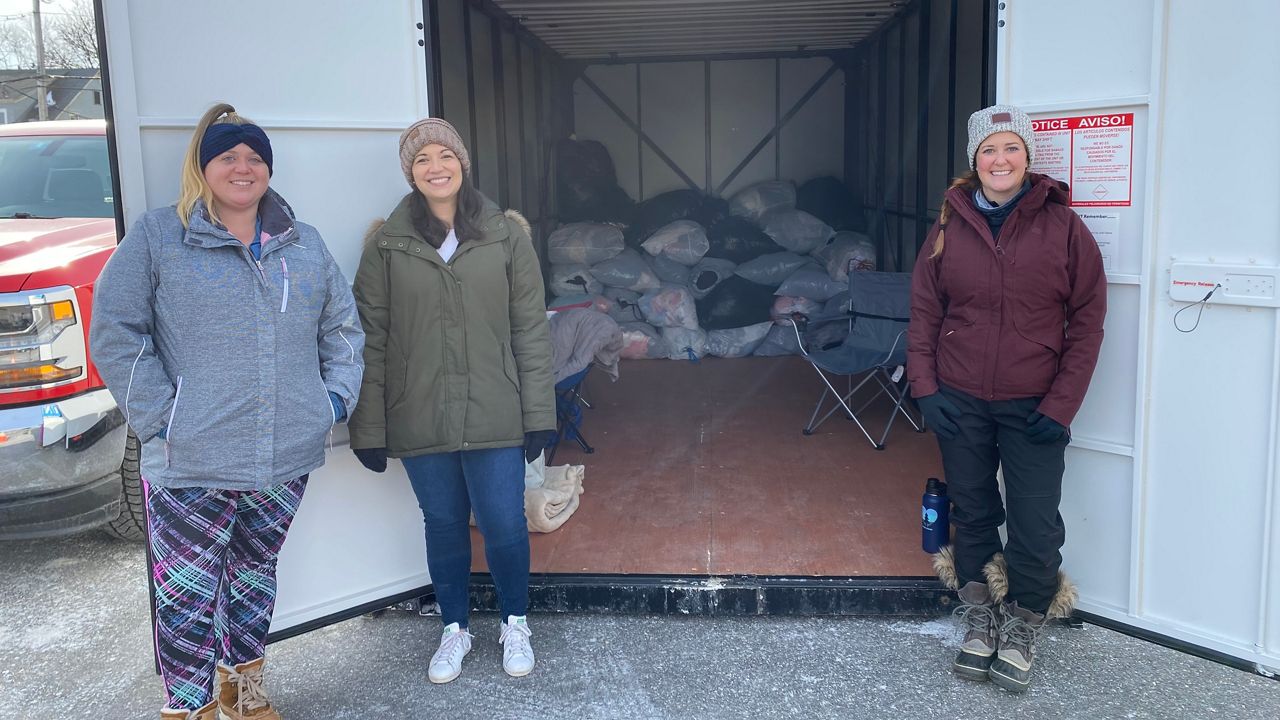 WORCESTER, Mass. - Over the next few weeks, a Worcester thrift store will be collecting clothing to support Habitat for Humanity locally.

On Sunday, the ReStore on Lincoln Street collected gently used clothing, shoes, bedding and other soft textiles. They filled a trailer, which was donated by UNITS Moving and Portable Storage. This is the ReStore's second year doing the drive. In 2021, they collected more than 10,000 pounds of clothing and other items, and are hoping to exceed the number this year.

The donations will be brought to a third party where they will receive cash per pound. The money will benefit Habitat for Humanity's mission of building homes.

"Housing insecurity is habitat for humanity's overall mission," said Habitat for Humanity board member Julie Bowditch. "The MetroWest and Greater Worcester chapter is the one that we're representing. So, they have several builds ongoing. It has been a tough few months obviously for volunteering and that sort of thing. So, this kind of thing helps to make up differences and some needs for funding."

Habitat for Humanity is accepting donations on Feb. 5 and 19 in the parking lot of the Worcester ReStore from 9 a.m. until noon.