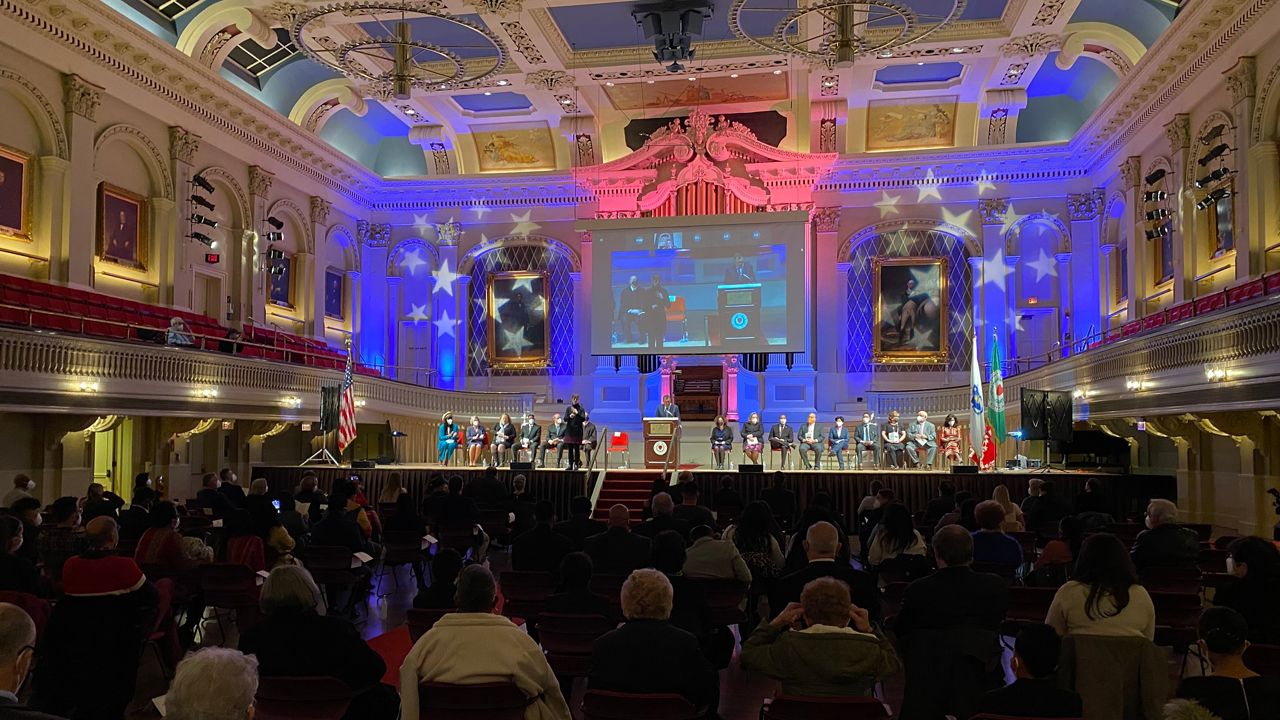 Inaugural exercises this year at Mechanics Hall were limited due to COVID-19 concerns.

WORCESTER, Mass. - Following November's municipal election, the City of Worcester hosted its inauguration exercises at Mechanics Hall on Monday, swearing in new members to the city council and school committee.

New city councilors include Thu Nguyen, who will be the first non-binary member of the council in its history. Joining Nguyen as a new member is first-time elect Etel Haxhiaj, who will serve as District 5 Councilor.

Worcester Mayor Joseph Petty was elected to his record sixth term in office last year. After raising his right hand Monday, Petty made his inaugural address, saying, "We must work together to make Worcester, what we know it is - the best city in America. I call upon my colleagues in government to join me in this fight. To work together to make the lives of our fellow citizens better."

"We have a lot of work ahead of us," Johnson said. "We have a lot of good things going on. We're still in a pandemic, COVID is still going on so I'm just looking forward, but I'm excited, happy that my family is here. My wife, my kids."

"I ran on my five-point plan," said Kamara. "So, the top of it was STEM education, diversity of the staff force, to also look at the school mental health social emotional well-being of our kids."

Mailman said while serving her first term, she's hoping to learn as much as she can from her colleagues.

In an interview before the inauguration ceremony, Mailman said, "You want to come in and you've got a ton of different things to think. But I think the important thing is to look to those that have been there, listen to what's happening, listen to each other. I think hopefully all of us in this day in age might do a better job on the listening side."

Rounding out the rest of the school committee are incumbents Molly McCullough, Tracy O'Connel Novick, and Laura Clancey.