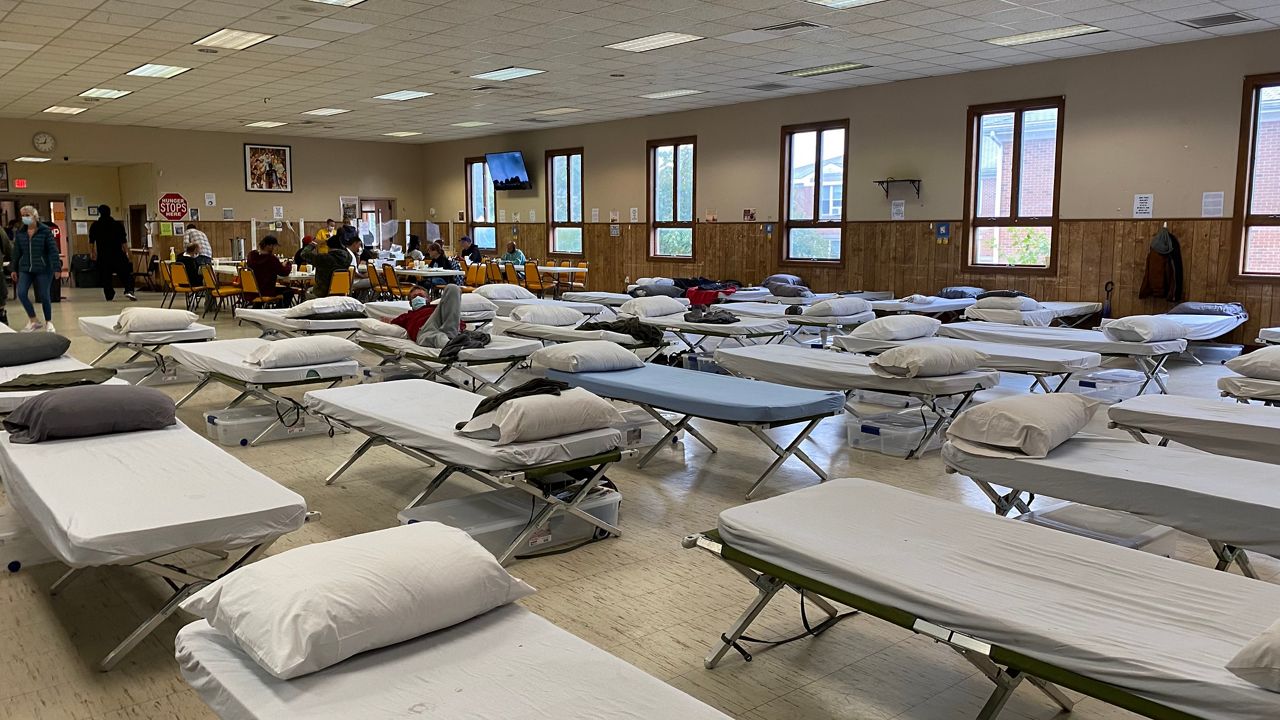 Hotel Grace started welcoming people at 7 a.m. and by noon, more than two dozen people were already staying there. Previously, the shelter would open once the temperature dropped below 32-degrees and would only house people until 7 a.m. Now, it will be open all day, every day, allowing people to stay as long as needed. The shelter usually doesn't open until November, but Hotel Grace's founder Richie Gonzalez says the need was there for them to start early.

"The situation with the pandemic did create a lot of more homelessness," Gonzalez said. "A lot of evictions were done after the eviction protection was out. So, we got more increasing people struggling with homelessness so I think it's vital to have this place open. We're doing testing as people come in. Starting today, testing people as they come in, mandatory masks, right? We are encouraging people also to get the vaccine, we provide vaccines everyday. Family health center and the whole program has been amazing working in partnership with us."

This is the shelter's sixth year in the city. Gonzalez says Hotel Grace will remain open until mid-May, when weather trends in the city start getting warmer.