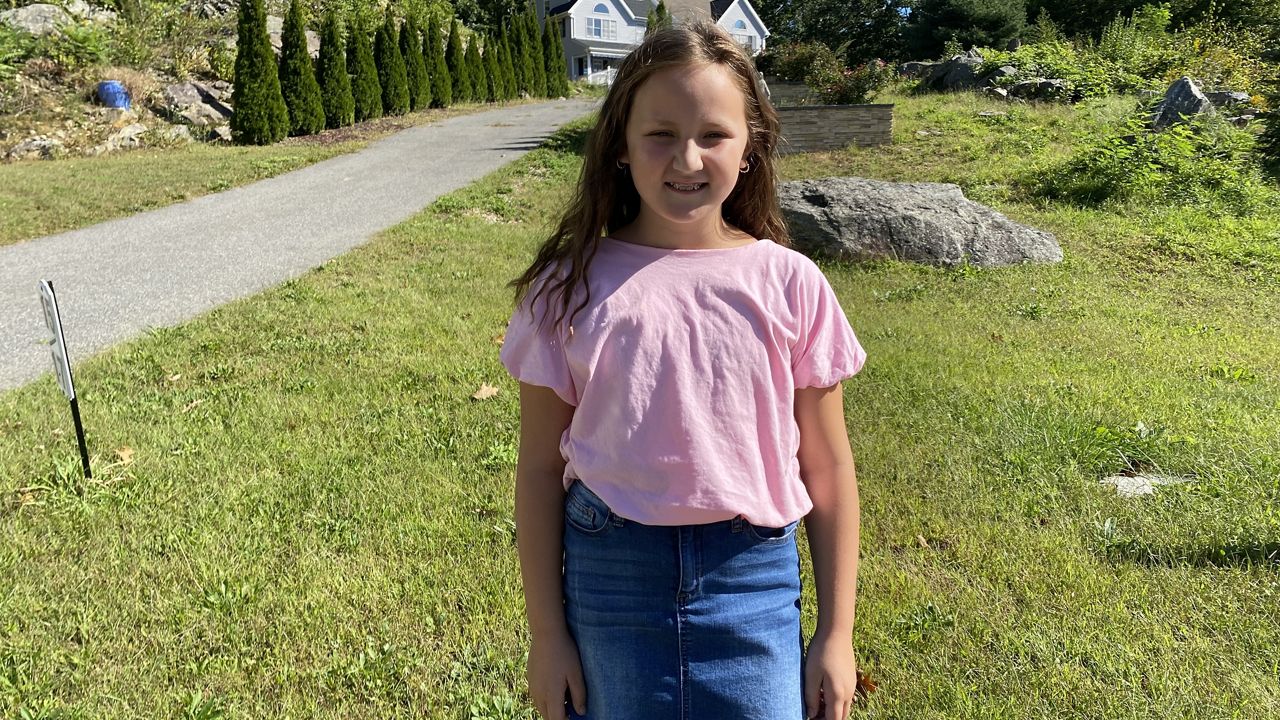 'It would not let go,': Nine-year-old Worcester girl saves family dog from attack

WORCESTER, Mass. - Nicolina Pasquale was walking her great uncle's puppy outside of her Worcester home when she noticed something coming their way.

"We were like right there in front of the hills. I told the dog to come," Pasquale said. "And then she wasn't moving. So I looked back and saw a pit bull charging."

The dog started attacking Peaches, the family's eight-year-old Bichon Shih Tzu. Pasquale, who's only nine-years-old, says her instincts kicked in.

"I kicked the pit bull five times," said Pasquale. "It would not let go. So then, some of the neighbors came out and helped me."

One of the neighbors was Amanda Augusto.

"I could tell that the girl was really upset and I saw she was walking the dog," Augusto said. "And I saw the other dog basically with the other dog in its mouth."

Augusto was able to help Pasquale get Peaches to safety until animal control arrived. But while rescuing Peaches, the two saved more than just a dog, they saved an important member of Pasquale's family.

"Just recently, about a year and a half ago, my aunt passed away and Peaches was a service dog for her," said Nicolina's mother, Jonelle Garofoli. "She had dementia and then ended up passing by Alzheimer's. Since then, my uncle and Peaches, they're very close so it's almost like an extension of her."

Peaches survived, but did face some series injuries. Pasquale's mother says while she would never want her daughter to fight off an animal like that, she's proud of what her daughter did.

"I think in her situation, knowing how much the dog means to my uncle, just went into that superhuman strength, fight or flight," Garofoli said.

Peaches was reunited with Pasquale and her family last week.

"The dog is really special to my family,” Pasquale said.

Garofoli says following the incident, animal control was called and the owner of the dog was located.