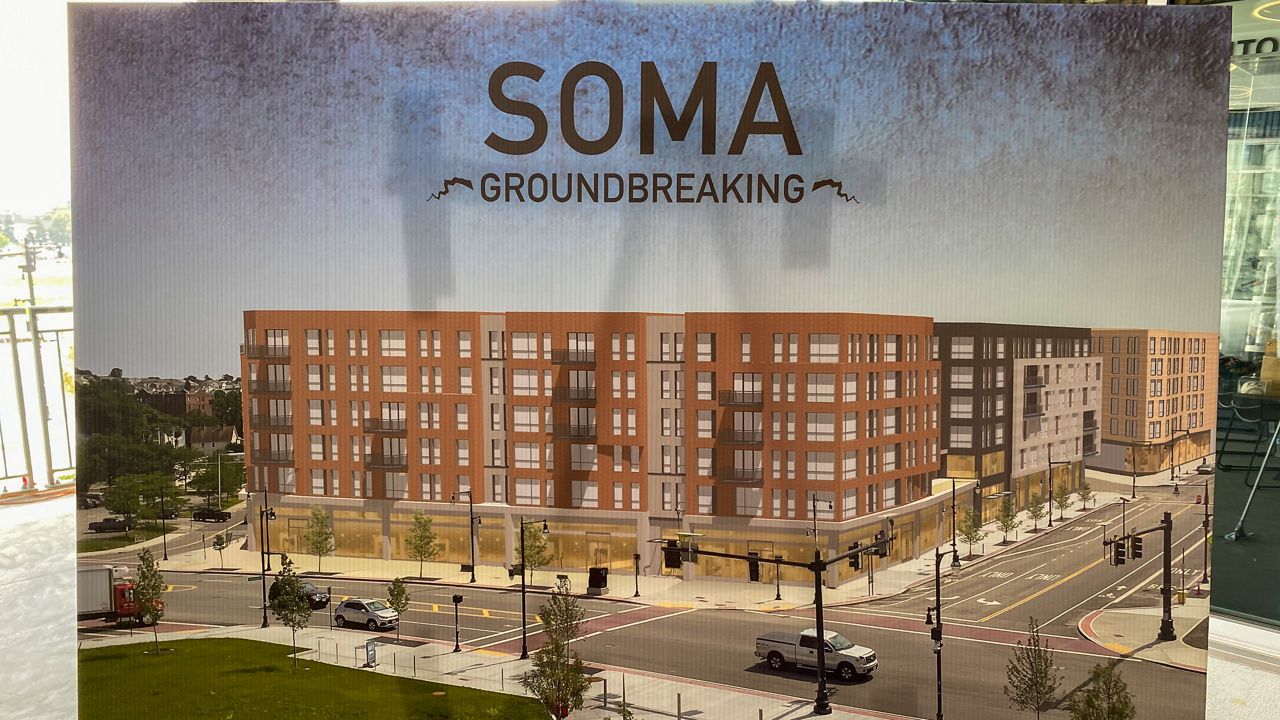 WORCESTER, Mass. - With another grand ceremony, Madison Properties, the Worcester Red Sox and the City of Worcester break ground on another major project.

This time, it's 228 market-rate apartments directly across the street from Polar Park. They're calling the project South of Madison.

"This is a launching pad for a lot more development, a lot more economic activity to come,” Dowdle said. “Each groundbreaking will be a reminder of the trajectory that had already begun in Worcester.”

The apartments are the first of several projects planned on the 12-acres of land.

They are particularly important though because Lt. Gov. Karyn Polito says they help address a serious need in the Commonwealth.

"We need nearly 200,000 new units of housing to meet the demand and meet the need for housing of all kinds,” Polito said.

Back in Aug. 2018, when the then Pawtucket Red Sox announced the team was moving to Worcester, the city emphasized the ballpark and its surrounding private development would pay for itself.

While this development was supposed to already be online this year, City Manager Ed Augustus still says the project will pay for itself.

"It's not only going to pay for itself, but over the course of the 30 years of the bonds we're taking out to pay for the ballpark, we will net conservatively over $50 million,” Augustus said.

The project is expected to take somewhere between 18 and 24 months with an expected opening date sometime in 2023.