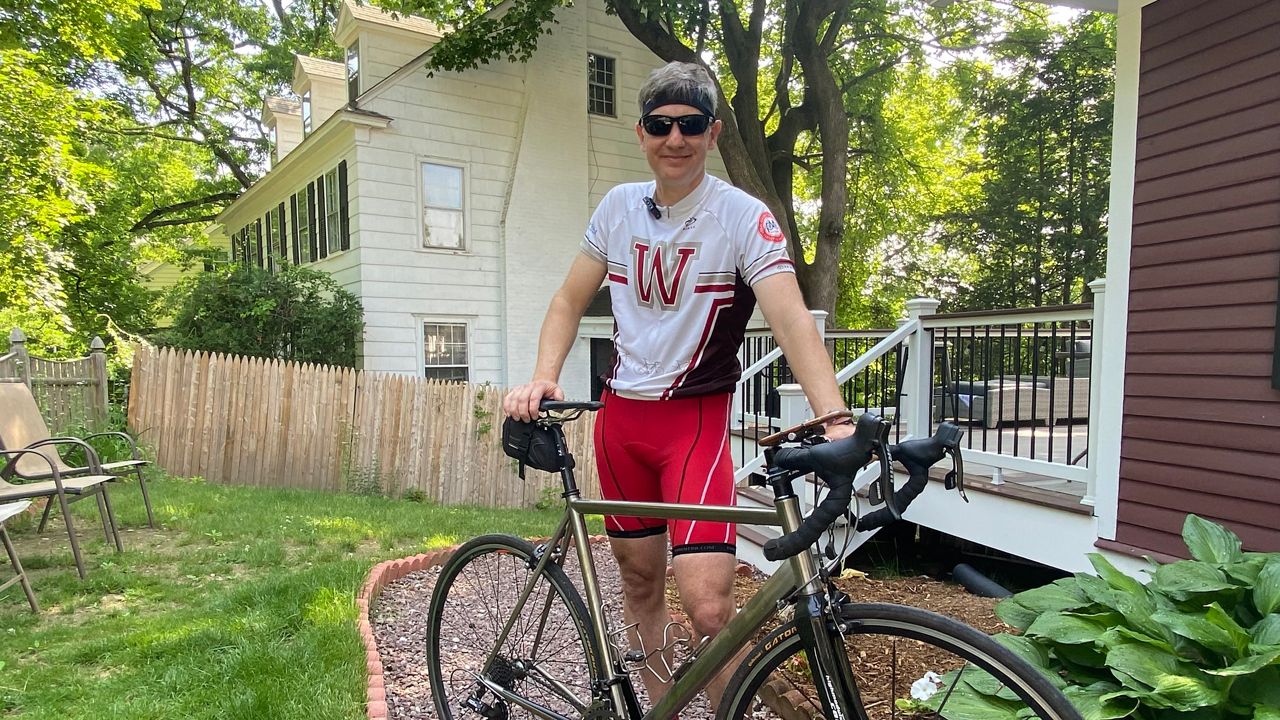 WORCESTER, Mass. - Aaron Stephenson is looking to address climate change one mile at a time.

"It's an ethical obligation, right?" he asked. "We know what's coming, and we can avert it if we take action."

The Worcester resident will be riding his bike 1,100 miles hoping to raise awareness about the climate crisis. He says there are numerous factors inspiring him to get on his bike, with his family at the top of the list.

"I've been motivated by thinking about my kids future," he said. “And I think about what they're going to inherit, the massive environmental debt.”

But this isn't the first time he's gone on such a long trip. Tour for Becky started as a fundraiser for Stephenson's late mother-in-law who passed away following a battle with breast cancer. The 1,600 mile ride almost two years ago started his now annual tradition of long distance rides.

He described his late mother-in-law as, "...a wonderful person who was always helping out. I wanted to honor her memory and continue it."

Stephenson will be riding from Minneapolis to Montana. For his journey, he is packing several weeks worth of clothes, food and equipment.

"Well this is the complete kit. From tools to electronics, to cook stove, a small tent," he said with his gear spread out all over a kitchen table.

Stephenson says there was some progress made regarding the climate crisis with less people on the roads during the pandemic. For him, his ride comes at a perfect time, when restrictions are lifted and life is seemingly headed back to normal.

"If everyone goes out and buys a bunch of stuff and takes a bunch of trips, which I'm sure they want to do, that's not going to be good for the climate crisis," he said. "So, asking people to be thoughtful about it."

Stephenson expects to be on his bike for roughly a month. It's a long process but for him, the cause he's fighting for is worth every second.

"Just because you can't do everything doesn't mean you can't do anything,” he said. “We all have to do small things."