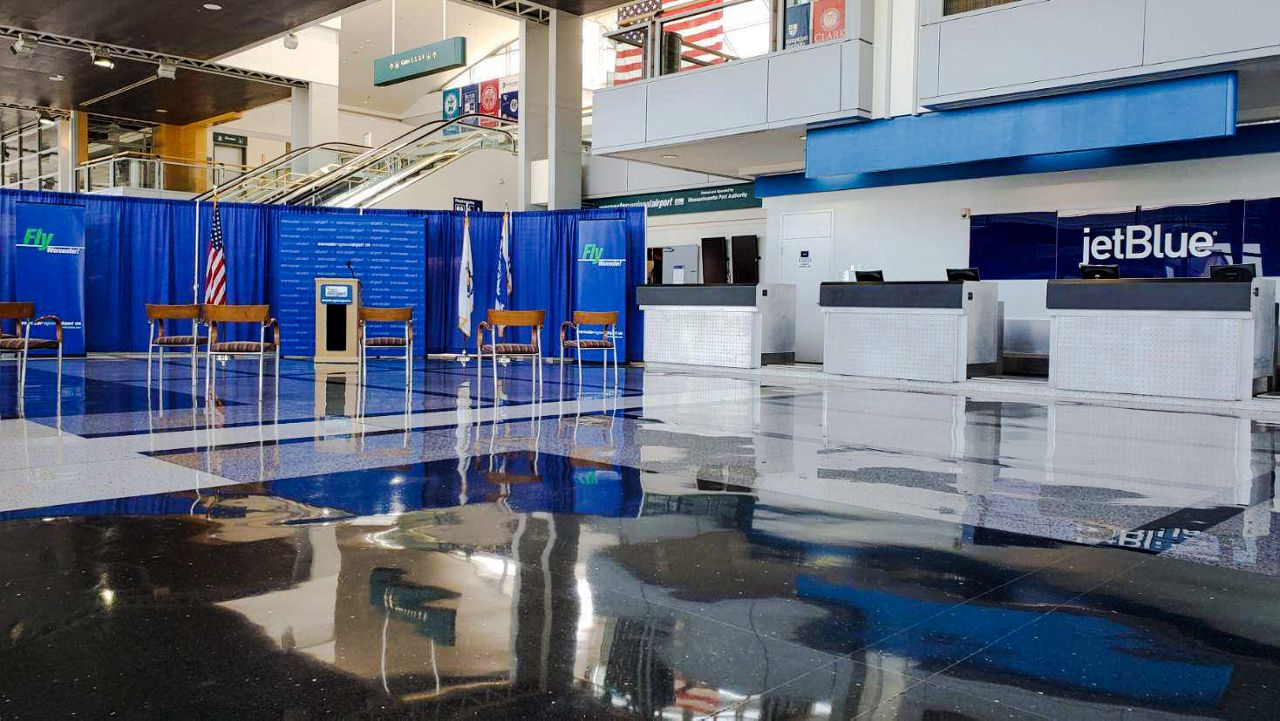 WORCESTER, Mass. - An announcement is coming Wednesday on JetBlue's future in Worcester.

JetBlue and Massport will make the announcement at a press conference at 12:30 p.m. at the Worcester Regional Airport.

As Spectrum News 1 first reported last week, the airline is expected to lay out its plans going forward at the airport. JetBlue President and COO Joanna Geraghty, Congressman Jim McGovern, Massport Board Chairman and Worcester County Sheriff Lew Evangelidis, Massport CEO Lisa Wieland, and local officials will be present for the announcement as the airport marks its 75th anniversary.

The airline suspended operations at Worcester indefinitely last summer because revenue and demands for air travel were down during the pandemic.

In April, Spectrum News 1 reported JetBlue and Massport were having "high level discussions" regarding the airline's future in the city.

In January, the U.S. Department of Transportation approved an agreement between JetBlue and American Airlines which included a stipulation that ultimately ended JetBlue's service between Worcester and JFK International in New York City. However, at the time, JetBlue said the deal didn't reflect their future plans in Worcester.

American Airlines and Delta also suspended their operations last year. Massport is looking to bring back all three airlines and are also trying to bring other airlines to Worcester.