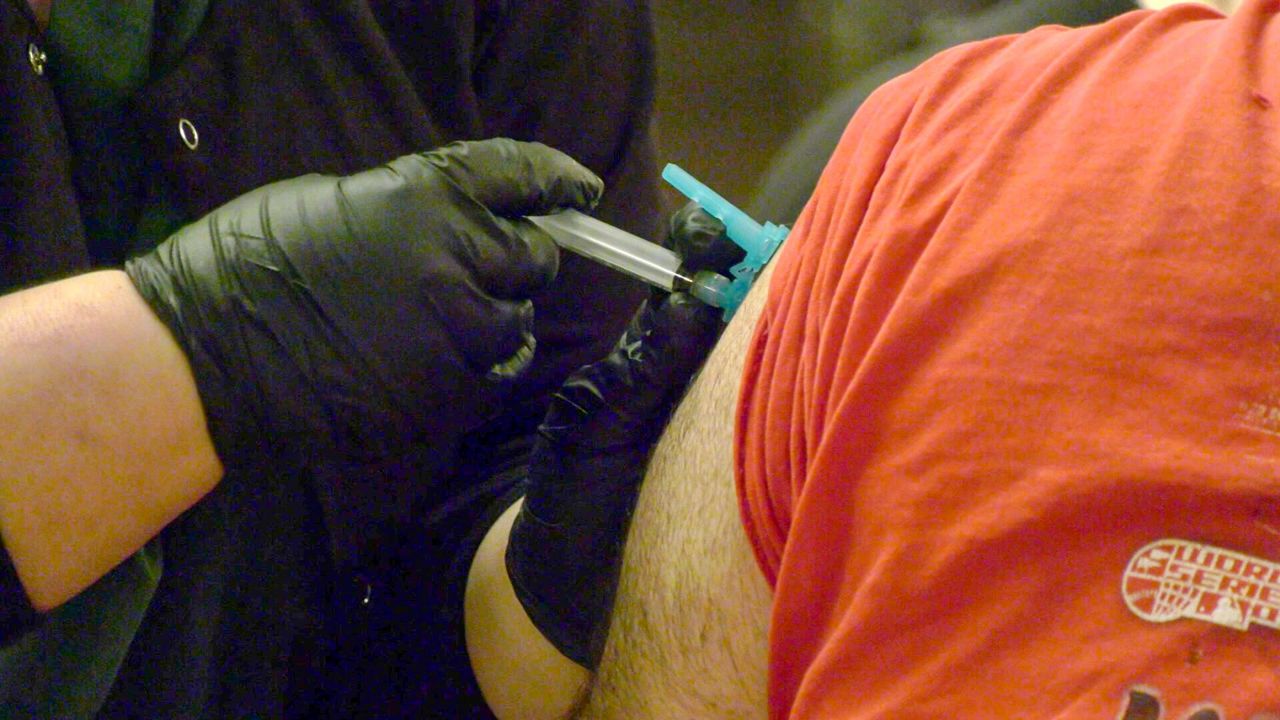 CHICOPEE, Mass. - Earlier this week, the City of Chicopee began administering vaccines at the Senior Center and now they have another location in the city that opened on Thursday.

More than 250 people signed up to receive the first dose of their vaccine at the Castle of Knights as they kicked off the first day of the regional vaccination site.

"I am used to being at this podium and telling you all the active cases we have, but it's so good to tell you we finally have vaccines in the city," said Chicopee’s Health Director Lisa Sanders."It's been such a long time coming."

A lot of time and planning went into making this site happen. Chicopee's vaccine task force worked with departments from surrounding communities.

"The heroes that are in this room today are not behind the podium, they are out in front of the podium," said Hampden County Sheriff Nick Cocchi. Sheriff’s department staff are also at the site helping out.

Holyoke Community College nursing students are helping administer the shots. There are 125 people in their program and every single one is helping out at a vaccination site, including 17 volunteers at the Castle of Knights on Thursday.

"We are in this together, Chicopee, Holyoke, South Hadley, Granby, all over the United States, all over the world," said Terence Murphy, acting mayor of Holyoke.

The site is offering the Moderna vaccine and anyone 18 and older in the state of Massachusetts can sign up to get a shot.

"We need you to come and get that dose and hopefully we can rid COVID-19 from the populous in the. city of Chicopee, in Western Mass and hopefully the entire country some day," said Chicopee Mayor John Vieau.

This message of hope and one for a brighter future was the common theme at opening day of the long-awaited regional vaccination site.

The regional site is receiving 1,500 doses each week. More appointments are available on Friday from 10 a.m. until 2 p.m. and again the following week.

If you are interested in signing up to get your vaccine here, you can sign up here.