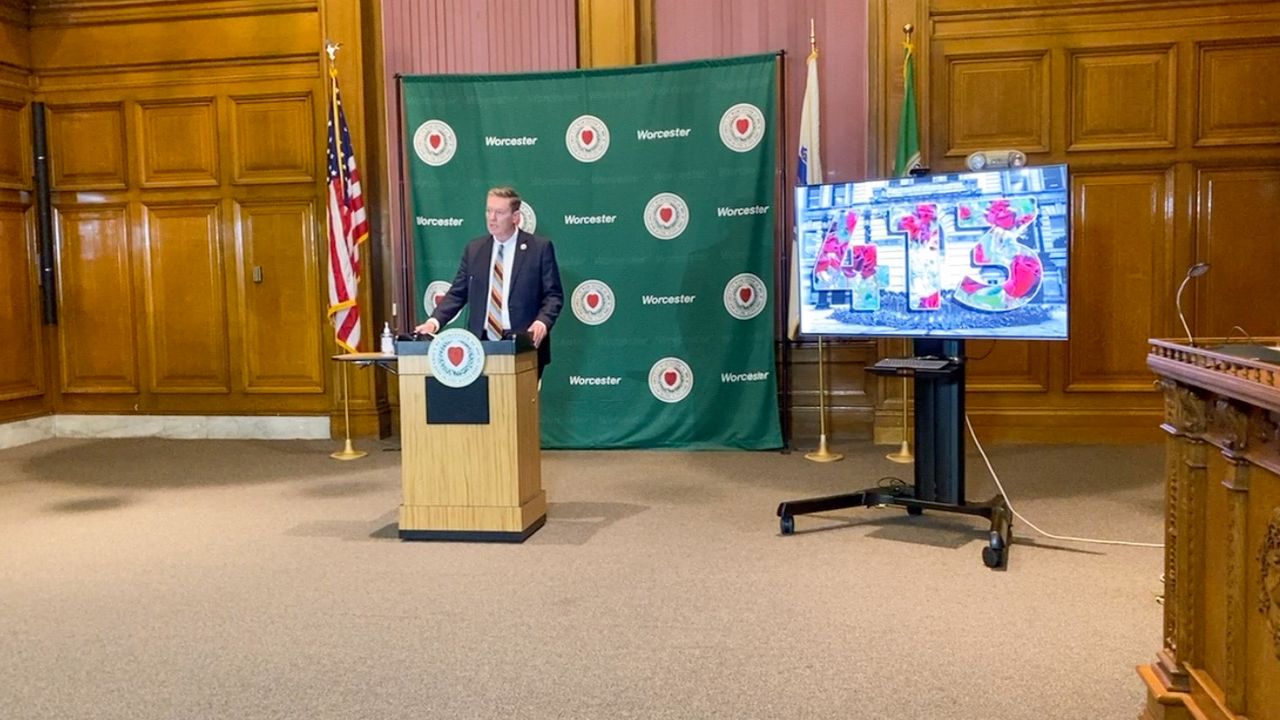 WATCH: Take a Look Back on a Year of the COVID-19 Pandemic in Worcester

WORCESTER, Mass. - It was a press briefing a year ago on Sunday which started it all.

In an interview March 14, 2020, City Manager Ed Augustus said, "Things are literally changing by the hour. We're continuing to monitor those situations, guidance from the state and federal government, as well as folks who are being tested."

The City had just confirmed it's first case of coronavirus. Thousands would follow in Worcester, millions worldwide.

Dr. Michael Hirsh, the City's Medical Director, said at a January 7, 2021 press conference, "We're really in a bad way in terms of the number of cases that we're seeing."

More than 400 people in Worcester have died since March of 2020. For some who survived, the complications will be felt the rest of their lives.

But earlier this year, a light at the end of the tunnel appeared: a vaccine.

On January 11, first responders in the city were vaccinated. Augustus said at the time, "It has been about mask wearing, and shutdowns, and social distancing, trying to keep it at bay. Today is the first day I feel like we're fighting back."

And with an end hopefully near and a new normal approaching, we can't forget those who lost the battle against this terrible virus.

On Wednesday, March 10, Commissioner of Health and Human Services Dr. Matilde Castiel said, "We remember the over 2.5 million lives lost around the world, and the hundreds of fathers, mothers, sisters, and brothers from our community here in Worcester."

And President and CEO of the United Way of Central Massachusetts, Tim Garvin said, "That's what Worcester is, together. Tonight, I remember those we lost. I also celebrate the Worcester that I love and the community that we are. And I am deeply thankful."​