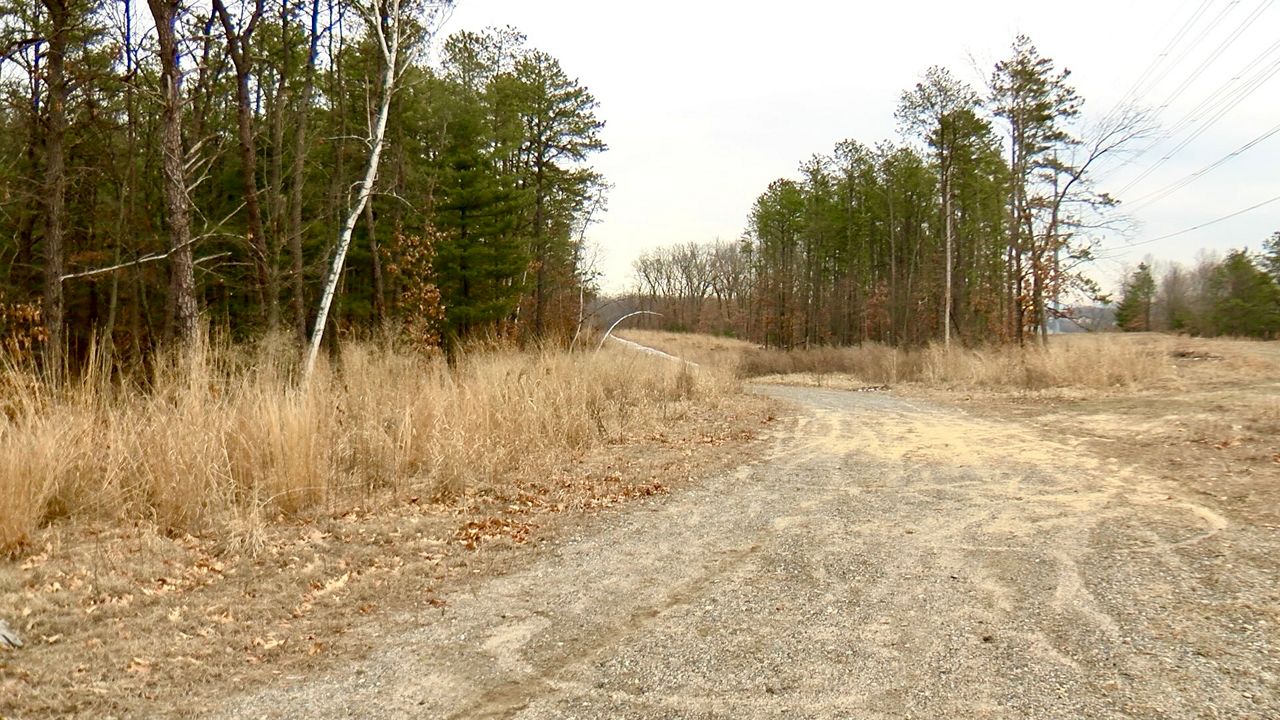 CHICOPEE — ​There are more than 57 acres of land on Fuller Road. Many people use this area on a daily basis. Tina Colucci lives in a nearby neighborhood and walks parts of it frequently.

"I have two little Yorkshire Terriers, this is their favorite thing. We come up here and they love to walk," Colucci said.

Residents received a letter from the city's planning department alerting them of two public hearings. The letter stated the purpose of the hearings was to consider an application for approval of a zone change. Colucci and others have noticed changes to the area and were worried they might lose access to it.

"As you can see, they have already started clearing some spots," Colucci explained.

The city of Chicopee sold the area between Westover Base and the Mass Pike to Westover Metropolitan Development Corporation in 2009 for nearly $1.5 million, with the understanding it would be for future development.

More recently, the Commonwealth provided Site Readiness Funding, which would allow the permitting process to begin. The city's planning board said the process is in the early stages and the first step is to consider a zone change.

"It's currently zoned Residential A, and to do the industrial park similar to the existing industrial parks that WMDC manages, the request has been made to change the zoning to IPUD, or Industrial Garden Planned Unit Development," Lee Pouliot, director of planning and development said.

Colucci told Spectrum News 1 she thought the land was part of Slate Conservation Area and couldn’t be developed.

"By taking this away from us, the only access that people on this side of the city will have to the park, to all of this, is through the Burnett Road way," she said.

The Planning Department said there are other parcels controlled by the city and WMDC they can look at for conservation land.

"As part of this process, we're looking at trying to put an equivalent amount of acreage into some sort of conversation in the area, understanding that to create this park, we are developing what is now green space," said Pouliot.

Colucci's other concerns are adding traffic to an already busy road and the added noise an industrial park could create.

"On a daily basis, the traffic on Sheridan Street alone, for us to get out of Slate Road, at certain times a day, we will sit there for quite a while," said Colucci. "If it's a company that's going in here that's going to have multiple shifts and a lot of tractor trailers going through there, we're going to have to listen to that noise as well."

Pouliot said there are no selected or confirmed leases or sales of the property at this time. He also said there are few industrial sites this size available in Western Mass., so an area like this is in demand. He added moving forward with this project will take additional time and permitting, but could bring a lot of benefits to the city.

"This represents an opportunity to bring another large scale either manufacturing or logistics entity to the city that will result in job creation and additional revenue as this property doesn't generate tax revenue right now," Pouliot said.

The petition and materials related to this proposal are on file in the Department of Planning and Development.​