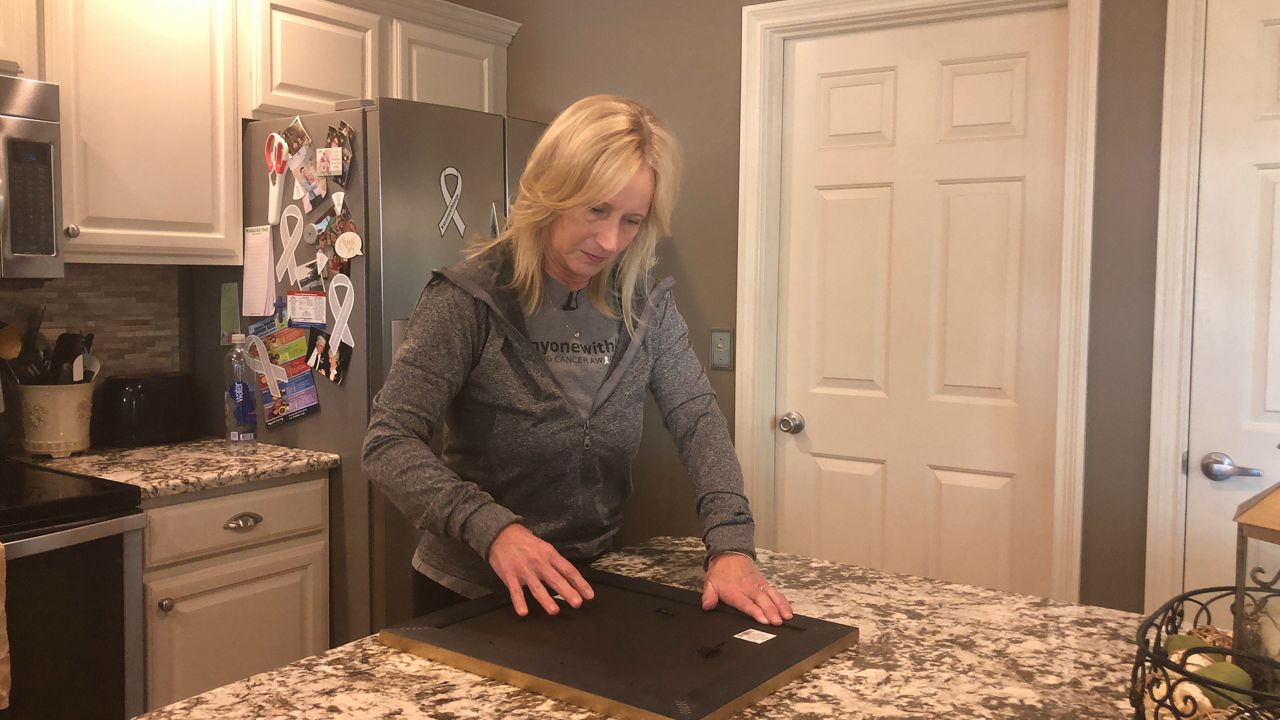 Lindi Campbell frames photos in her kitchen while she shares her journey in fighting lung cancer. (Spectrum News 1/Khyati Patel)

LEXINGTON, Ky. — It’s a Kentucky woman’s message to all: Anyone can get lung cancer. It’s not only smokers. All it takes is a pair of lungs.

In 2017, the Lexington woman formally received a cancer diagnosis. After surgery—it disappeared. Until it came back a couple of years later and the cancer mutated.

“You can see I’ve got a smile on my face,” said Lindi Campbell, as she shows a picture from the hospital room. “I think I was just so naïve to what was ahead of me. I didn’t know the statistics.” 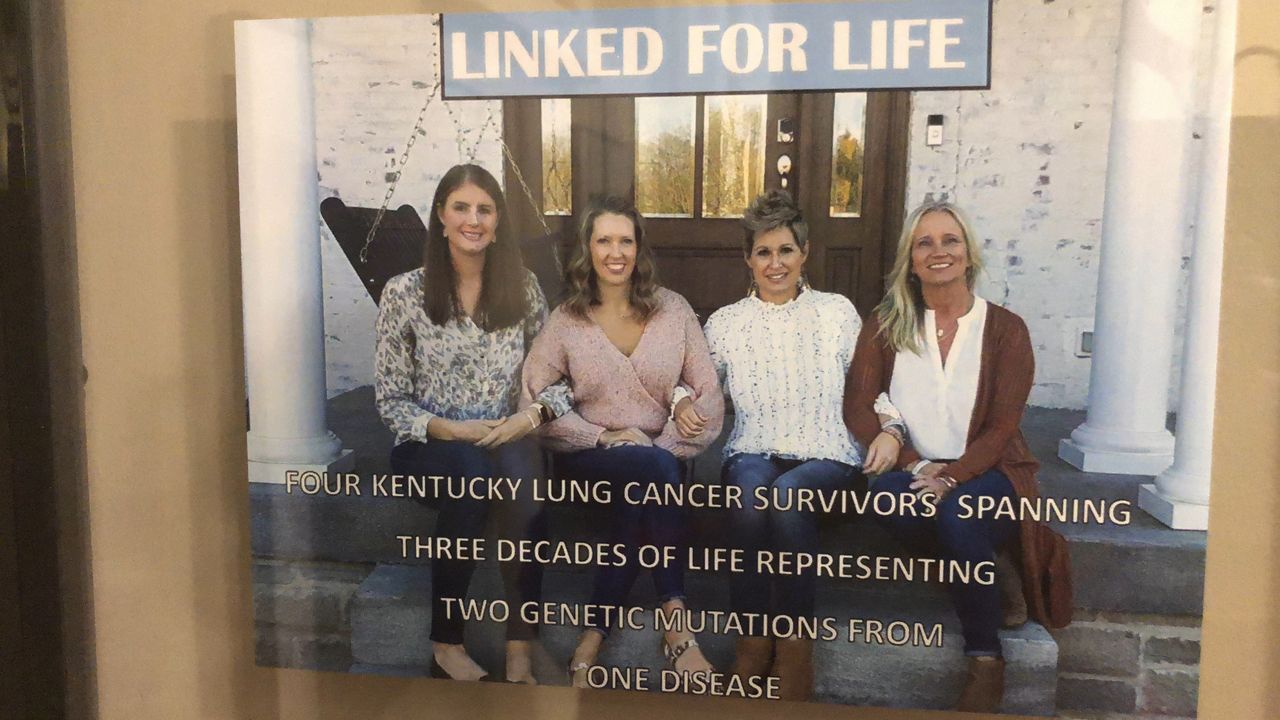 The 57-year-old lifelong Kentuckian has no history of tobacco use. And the likely culprit could be her exposure to secondhand smoking and radon growing up.

Radon is an odorless, colorless, and tasteless gas that is harmful to people’s health. According to the American Lung Association, radon comes naturally from the ground, and it can enter and become trapped inside any building without warning, posing a significant risk to all inhabitants.

Fortunately, testing and mitigating radon are quick, easy, and can save residents’ lives. The Lexington woman said she did not know that the history of radon exposure could also cause lung cancer.

“Little did I know I’d spent 13 days in the hospital with complications. My lung just didn’t continue to hold air on its own,” Campbell said. 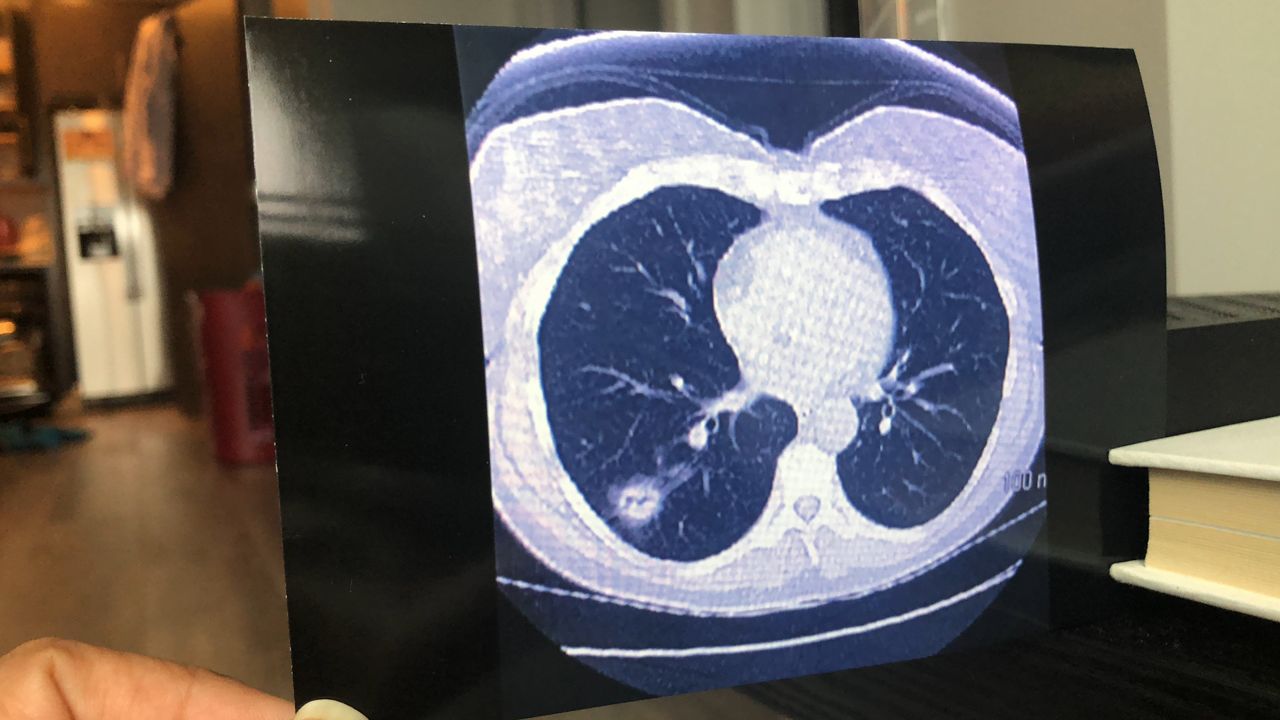 Her formal diagnosis date for lung cancer was December 6, 2017, which was her first round. She thought she was cured.

Until three years later, in 2020, some cancerous spots returned around the same time as her elder daughter’s wedding time. She found out that she carries the EGFR exon deletion mutation. Her lung cancer had mutated.

“Well, I do remember how happy I was for her. A lot had been going on leading up to this day,” Campbell said as she framed some of her elder daughter’s wedding pictures. “And I just remember I wanted it to be perfect for her. We had been through a lot as a family leading up to this and I know my diagnosis was hard on them.”

She now has some time to frame the wedding pictures, and her mind races nonstop, trying to enjoy the beautiful moments life affords.

“You hope you get to see the other daughter get married, you hope to see them have children live through grandchildren,” Campbell said. “And with this disease, you just don’t know. There’s not enough research for people in my situation to know what the rest of my life looks like and how long these drugs will work and whether or not there’ll be enough research to have the next new drug out there that gives me more time.”

“Every day I take a targeted therapy drug called Tagrisso,” Campbell said. “And what this drug is designed to do is stop the mutation from dividing cancer cells.”

She’s on a mission to expand people’s understanding of lung cancer.

“Lung cancer is one of the least funded cancers among all cancers and yet it’s the most deadly, and we need this funding for more medicine for clinical trials for research for precision medicine,” Campbell said.

It’s not just the message that smoking causes cancer. 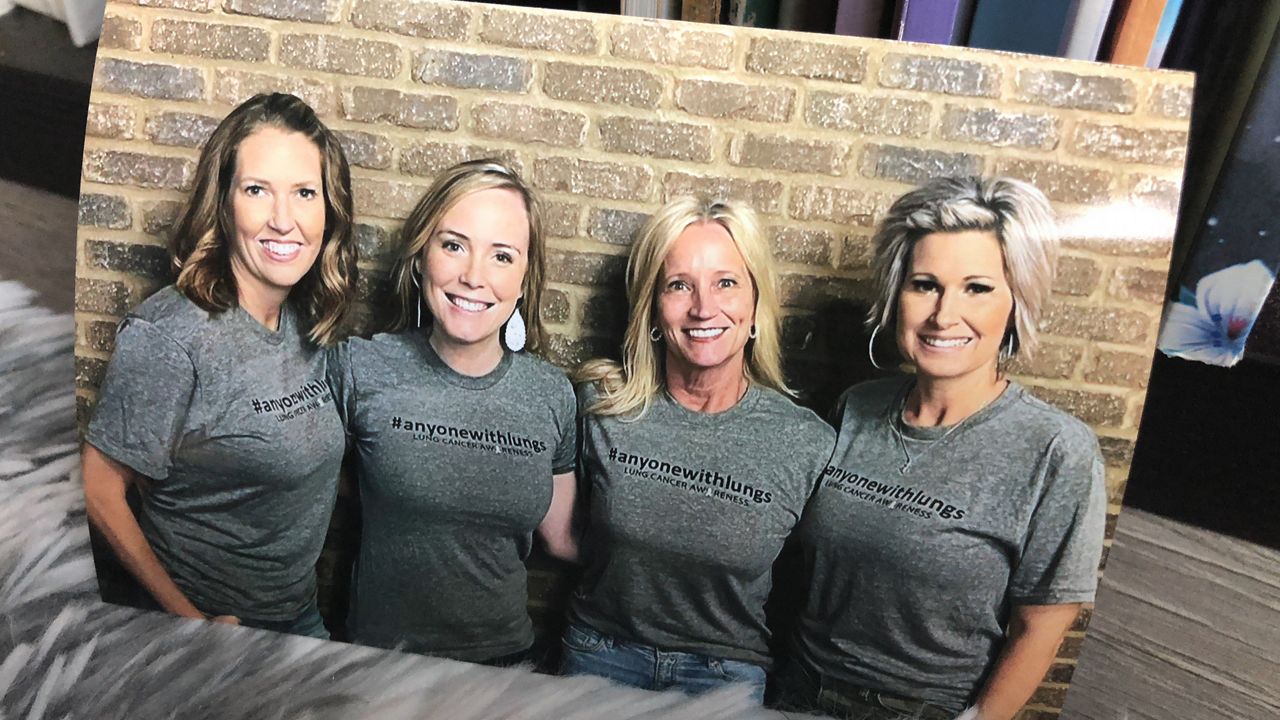 “The whole smoking cessation message around lung cancer,” Campbell said. “It should just be around all health issues in general. Yet we’ve mostly heavily focused that on lung cancer.”

According to American Lung Association, radon is the second leading cause of lung cancer in Kentucky. One in three homes has elevated levels, and most homeowners may not be aware.

“And yes, we can say that’s a major cause of lung cancer, but we’re missing the mark on all the other messages that need to be happening around lung cancer,” Campbell said. “And many of those people are the ones that are completely vulnerable to this disease.”

A disease that has caused Campbell to become a fierce advocate of fighting lung cancer.

She started her non-profit Breath of Hope Kentucky to raise more awareness of lung cancer. And the American Lung Association is launching an action campaign to bring awareness to radon, the deadly, radioactive gas that comes from the ground, lingering in people’s basements or first-level homes.