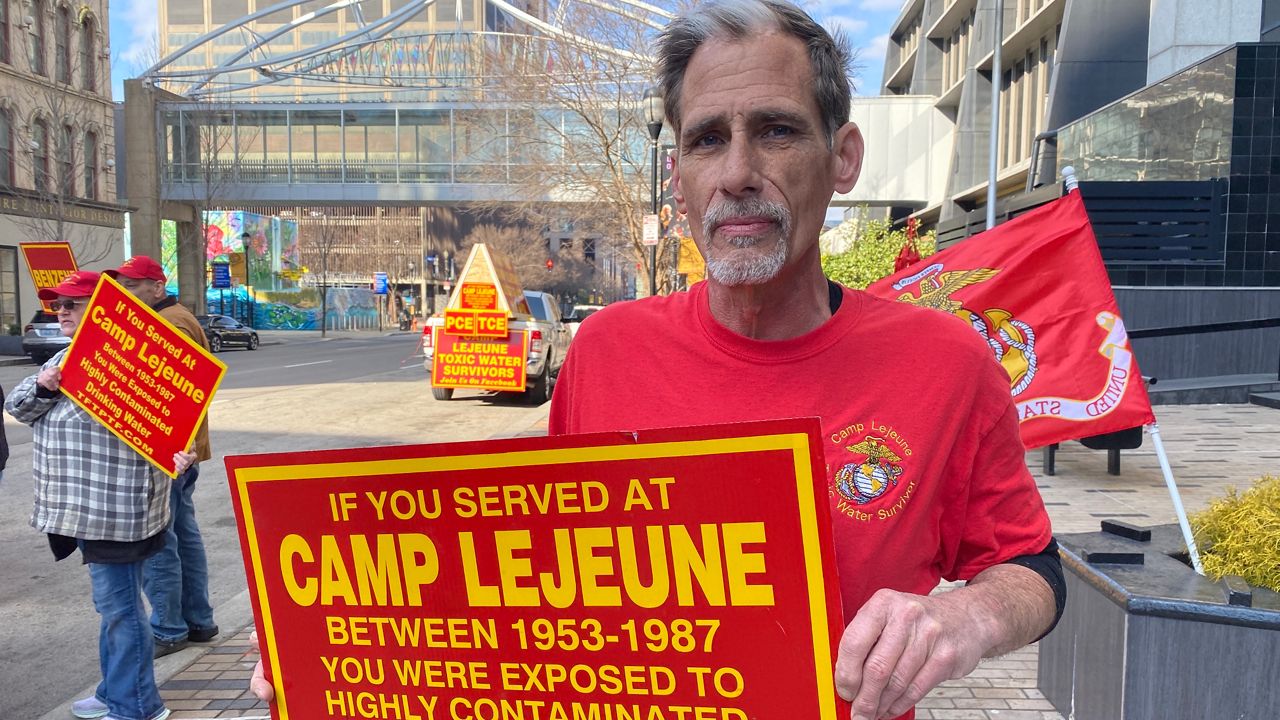 Curtis Crawford served at Camp Lejeune for 45 days. He believes the water he drank there is linked to his lupus and other autoimmune conditions. (Spectrum News 1/Ashley N. Brown)

LOUISVILLE, Ky. — From 1953 to 1987 chemicals contaminated drinking water at U.S. Marine Corps Base Camp Lejeune according to the Agency for Toxic Substances and Disease Registry. 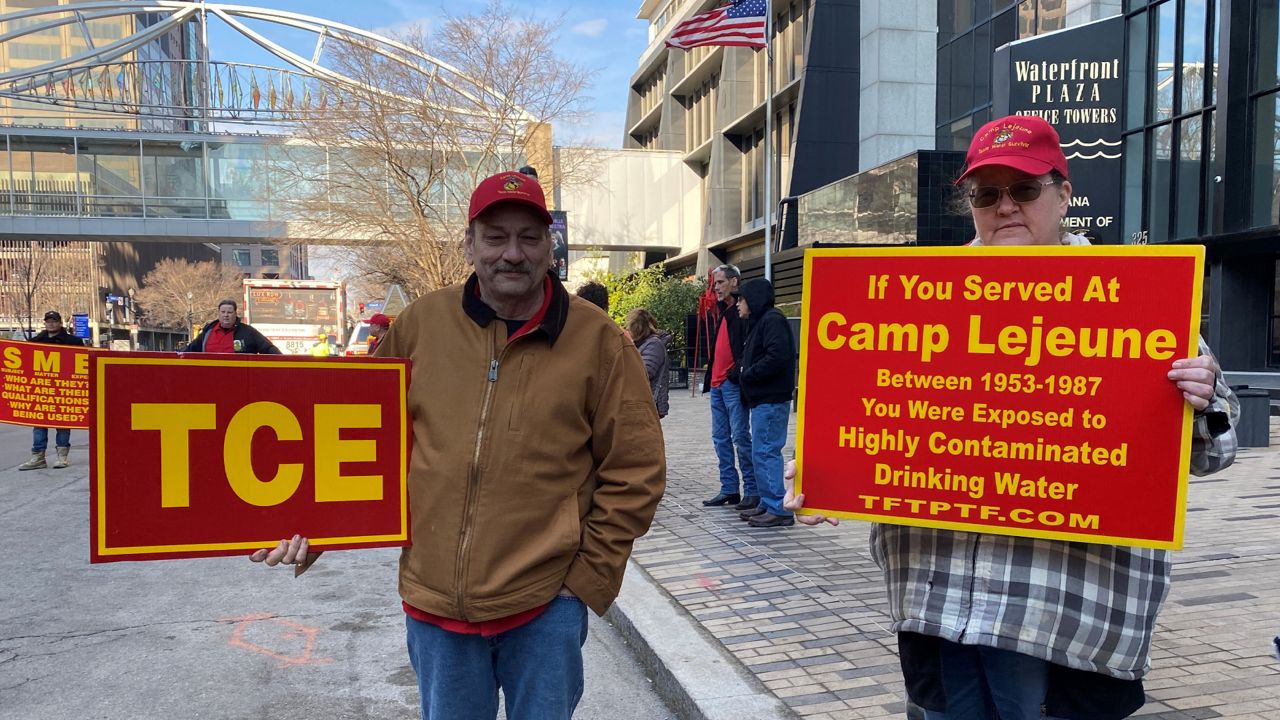 The department says 1 million service members and their families may have been exposed to the disease-causing chemicals.

Some survivors traveled from all over the east coast to spread awareness at the Louisville VA Regional Office where all Camp Lejeune claims are filed.

“A lot of people have said they really like my hair that way, but what I had to go through to get it this way was very tough,” says Crawford.

Crawford says his unique hair pattern and the vitiligo on his scalp came after drinking contaminated water at Camp Lejeune where he was stationed for 45 days.

He says alopecia caused patches of his growth to fall out and it grew back snow-white.

“I had no idea about this until someone told me about it and then I realized how many more people must not know about this,” says Crawford.

That fuels his passion to travel from Virginia to all over the country, taking part in awareness events. 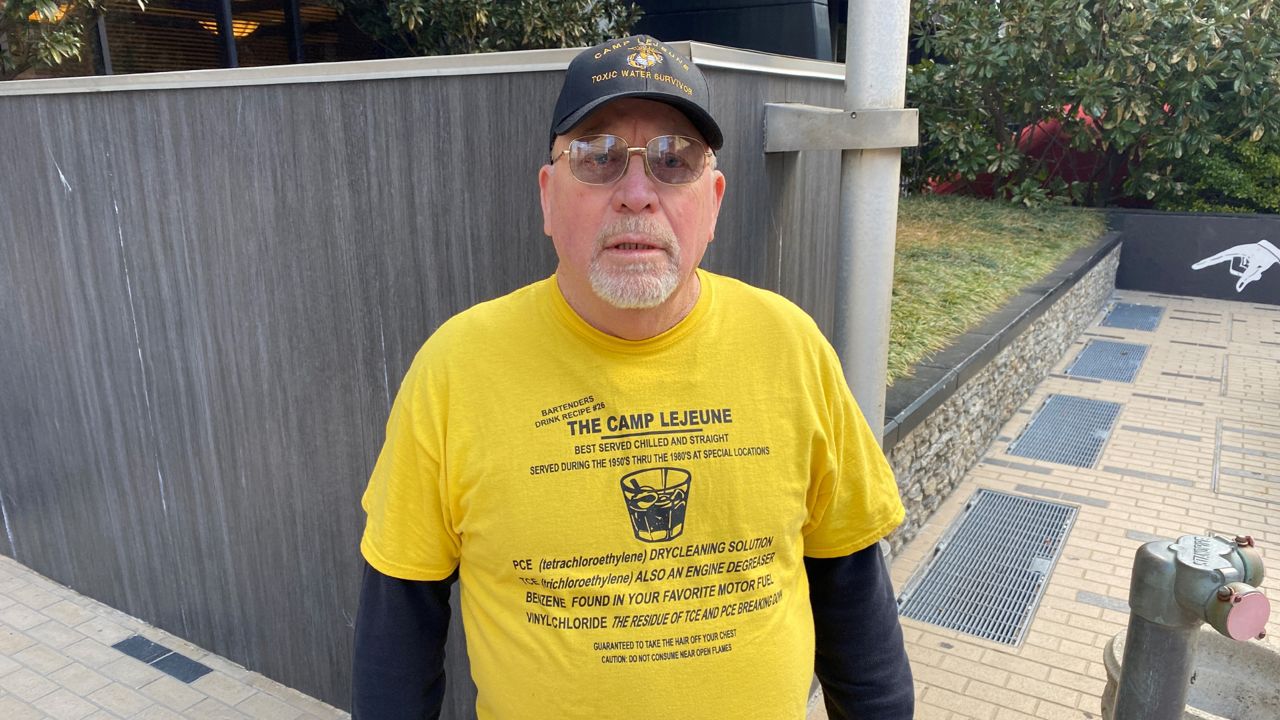 Louisville native Charles Eaves found out about the toxic water linked to 15 diseases, 35 years after leaving the base through a letter from the IRS.

“It was kind of shocking to realize that they’re talking cancer in water that I spent three and a half years drinking,” says Eaves.

Eaves believes the poisoning is causing issues for people who were born decades later. 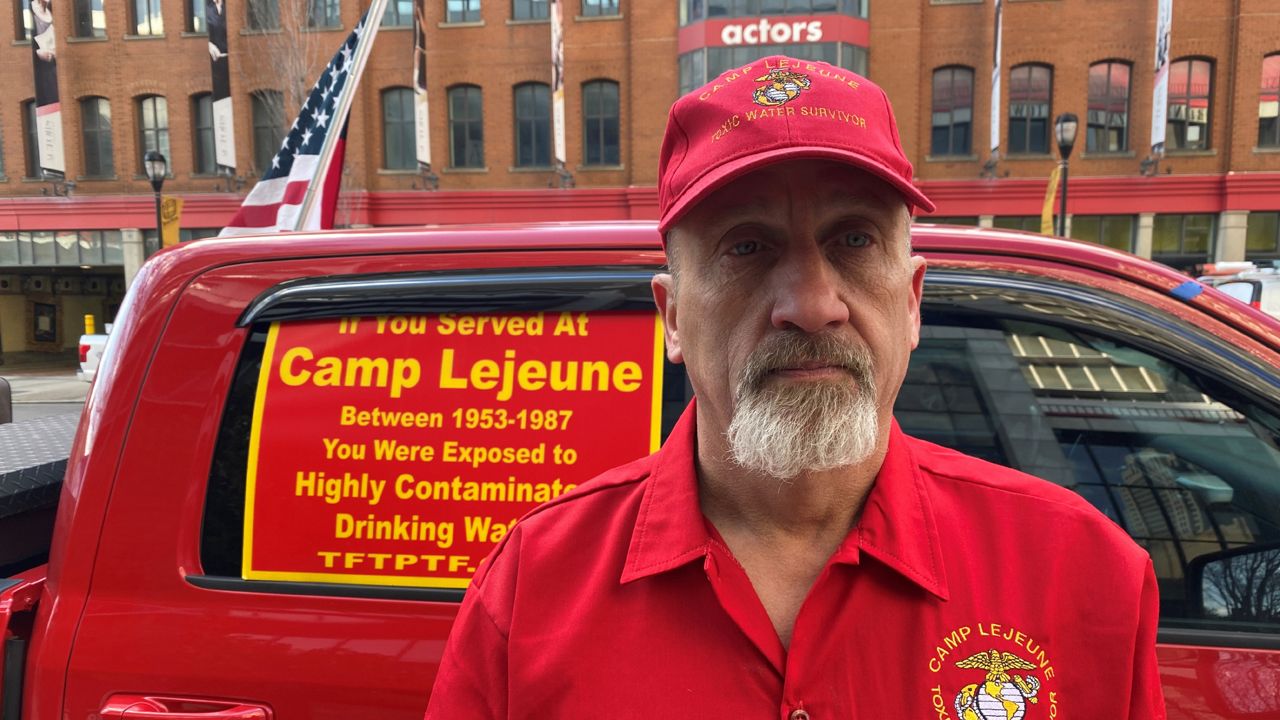 Brian Amburgey spent three months at Camp Lejeune. He suffers from memory loss, tremors and is being screened for cancer.

“I love this country and I’ll defend it through tooth and nail till the day I die, but they need to do the right thing for us,” says Amburgey.

Amburgey says filing for and getting approved for disability related to the contaminated water is a hassle.

He hopes the community will serve as advocates by demanding support for the Camp Lejeune Justice Act, the Toxic, Exposure in the American Military Act, and a toxic water registry from congressional representatives.

“With those two pieces of legislation passed, we will have a better chance of getting justice on for everyone that was at the base,” says Amburgey.

Survivors say it feels like they are losing their lives piece by piece.

But they won’t let that impede them spreading awareness and seeking justice.

Approximately 4,500 Kentuckian veterans may have been exposed to the toxic water according to a Camp Lejeune database. That number jumps to 15,000 when adding family members affected.