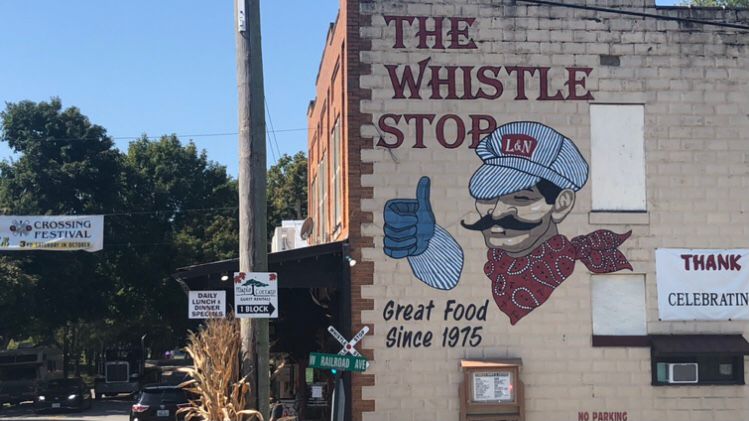 GLENDALE, Ky. — Residents and small businesses in Hardin County are excited to welcome the new Ford plant in Glendale.

In the small town of Glendale, you’ll find a close-knit community, and in this small town is a restaurant that has been a part of the historic downtown since 1975.

Jamie Henley, the Director of Operations for The Whistle Stop says she’s excited to see this growth in her community.

“Starting when I knew Hardin County when I was a kid and it grew so much since then and this is just going to make it grow even more and I think it's really good for all the people that live here,” Henley said.

The new Ford plant will be a few miles down the road from The Whistle Shop. Henley says she is already making plans to expand the restaurant, possibly adding a buffet or expanding the seating to accommodate the new employees coming into town.

“I think it'll be wonderful for all the small businesses and this business in particular we may have to do an extension on because I feel like we are going to be so busy,” Henley said.

Ronnie Milliner, a Litchfield resident, says he comes out to Glendale for supper at the Whistle Stop, and takes this time to enjoy the beauty of a small town.

Milliner says living in a surrounding county, many people from Litchfield travel to Hardin County for work, and the Ford plant would be a great opportunity not only for those in the community but for those all around.

“They’re gonna have a lot of people from my part of the neighborhood Litchfield come up here, because a lot of us lost our jobs about four or five or What about a year and a half ago, and they're all the biggest part of E-town working, so this will be awfully handy for them too, little shorter travel,” Milliner said.

The Ford plant has been anticipated in the area for more than 20 years, and Henley says it will be the perfect addition to their close-knit community.

“I think we’re Good, you know, after this. You don't get places like Glendale and, you know, you don't want too much city and just keep it, keep it small,” Henley said.

Ford and SK Innovation will be building the two electric battery plants on BlueOvalSK Battery Park in Hardin County, with production beginning in 2025.

Sept. 29 Editor's Note: A previous version of this story incorrectly identified The Whistle Stop as The Whistle Shop. The error has been corrected.