Debra Graner, who had hepatitis C for 19 years and was convicted of a felony in 2012, said the policy denies incarcerated people their humanity.

The state should “make people feel worthwhile,” Graner said. “Don’t make them think, ‘I have Hep C. Nobody cares.’” 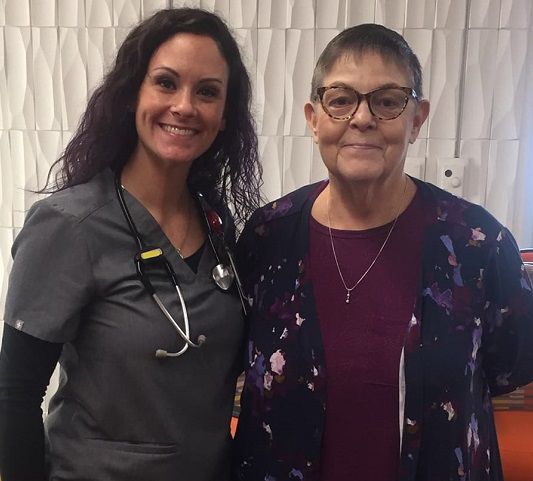 Hepatitis C is a liver infection that can cause liver failure, cirrhosis, liver cancer or death. In 2018, the Centers for Disease Control and Prevention (CDC) reported 15,713 deaths in the U.S. related to the disease. The number, it says, is likely an undercount.

For years, Kentucky has had one of the nation’s highest hepatitis C infection rates and many of those infections are in the state’s prisons, where patients don’t believe they’re getting the care they deserve.

Under Kentucky Department of Corrections (DOC) policy, incarcerated people with hepatitis C have their health status regularly monitored. But only those in the most immediate need are given direct-acting antiviral, or DAA, medications. These drugs are highly effective, but also very expensive, costing as much as $32,000.

“Our policy aligns with that used by the Federal Bureau of Prisons, which provides for the evaluation and management of chronic hepatitis C virus (HCV) infection,” Katherine Williams, public information officer for the Kentucky DOC, said in an email.

In a class-action lawsuit, more than 1,000 people in Kentucky prisons argue that the policy is a violation of the Eighth and Fourteenth Amendments to the U.S. Constitution. Everyone with hepatitis C should be treated with DAAs, they say.

But in a 2-1 ruling, the 6th U.S. Circuit Court of Appeals sided with the state. The majority said the plaintiffs failed to show that the state’s policy toward hepatitis C patients “put them at substantial risk of serious harm.”

Judge Jane Stranch dissented, writing that the decision to withhold DAAs exposes “inmates to ongoing suffering and long-term organ damage.” She also criticized the DOC, arguing that patients who do not qualify for DAAs are not given any treatment at all.

Treatment, she wrote, is “a course of decisions and actions intended to improve a medical condition in some way.” But patients who are not given DAAs only have their condition monitored. They do not receive “medical care aimed at curing or mitigating their disease," she wrote.

Graner called the policy a “joke.” She also disagreed with the argument that the drugs are too expensive. “In the long run, it’s going to save money,” she said, citing the high cost of treatment as the disease progresses and the possibility of liver transplants.

“Hep C is the biggest reason to have a liver transplant,” she said. “That cost is just astronomical."

Graner said she isn’t sure how she contracted hepatitis C. She said it could have been from a blood transfusion in 1984. Or years working in the health care field, where she often found herself cleaning “bloody, mucousy equipment.”

Graner was diagnosed until 1999. “I gave blood on a regular basis, and the last time I was able to give it they did a liver function test,” she said. Her liver enzymes were elevated, “which is one of the indications you have Hep C.”

Just over a decade after her diagnosis, Graner was convicted of arson. She avoided jail time, but lost her right to vote, a cause she later took up as a member of Kentuckians of the Commonwealth.

The two issues — voting rights for people with felony records and access to DAAs for hepatitis C patients — run parallel for her. “People deserve a second chance,” she said.

In 2018, after nearly two decades of living with hepatitis C, Graner found herself among the first patients of a new clinic at the University of Louisville. She was prescribed a DAA called Mavyret.

“It was three pills a day for eight weeks,” she said, “and I was cured.”