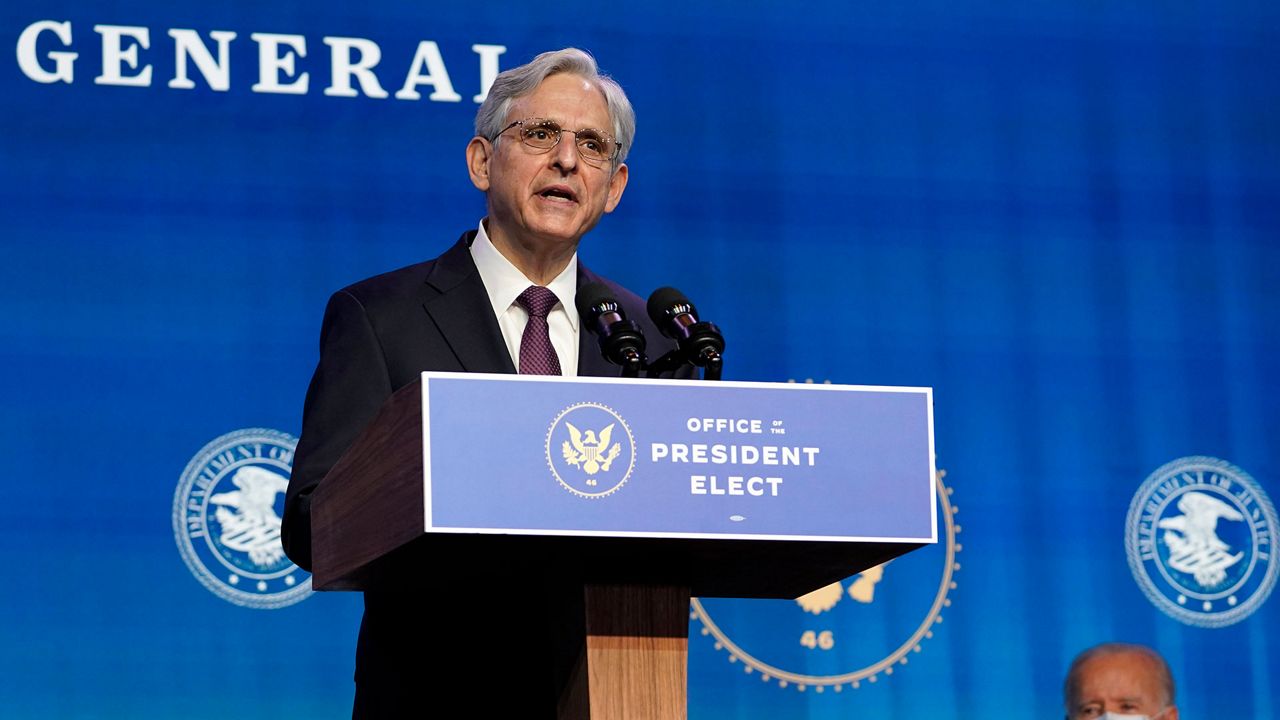 LOUISVILLE, Ky. — Attorney General Merrick Garland announced Monday that the Department of Justice has launched a civil investigation into the Louisville Metro Police Department (LMPD) to "determine whether LMPD engages in a pattern or practice of violations of the constitution or federal law."

Garland said the investigation will look into whether LMPD has a pattern of using "unreasonable force," whether it engages in "unconstitutional stops, searches and seizures," whether it "unlawfully executes search warrants on private homes," and whether it discriminates based on race or disability.

If violations are found, the Justice Department and the police department will work toward "mutually agreeable steps" to correct the problems, Garland said.

The investigation into LMPD comes just over 13 months after LMPD officers shot and killed 26-year-old Breonna Taylor in her Louisville apartment. Only one of the officers involved in her shooting faces charges.

In a call with reporters, a senior DOJ official said the investigation is not a direct result of Taylor's death, but the result of a review of “all publicly available information” related to LMPD.

The announcement drew reaction from Taylor's mother, Tamika Palmer, who tweeted, "I can’t wait for the world to see Louisville Police Department for what it really is."

Senate Minority Leader Mitch McConnell (R-KY) weighed in on the investigation, telling CNN that "certainly there have been significant challenges there in my hometown since the Breonna Taylor incident."

"It's certainly not inappropriate for the Justice Department to take a look at it," he added.

Speaking at Metro Hall, Louisville Mayor Greg Fischer welcomed the DOJ investigation, calling it a “win” for the city and “an opportunity" to improve LMPD.

“The more tools we have to understand where our gaps are and where reforms need to take place, we welcome those,” Fischer said. He added that the DOJ review is a continuation of internal reform efforts, calling it “part and parcel of the work we’ve been doing to reimagine public safety” in Louisville.

LMPD Chief Erika Shields echoed Fischer’s comments. “I think this is a good thing,” she said of the investigation.

“It only shores up what we’re already working on,” she added. “This is like a force multiplier on steroids.”

Metro Council President David James, a former police officer and police union president, said he “welcomes” the investigation. “Having the federal government come in and look at what we have going well and what we don’t have going so well is very important,” he said.

All three made the case that the DOJ investigation will be a net positive for the LMPD, helping the department identify areas of improvement and new practices and policies that could be put in place.

“I consider it an opportunity —  a privilege to be in this spot to be able to define what the future of policing looks like,” Fischer said.

It's unclear, however, how officers will feel about the investigation. The River City FOP, the local police union, did not immediately responded to a request for comment. Shields, however, suggested that officers will welcome the chance to hear how they could better perform their jobs.

The DOJ official described the work the investigators will soon begin performing on the ground in Louisville: “The team will be doing a lot of interviews with residents, community leaders, police officers, union leaders, and the like,” the official said.

There is no timeline for the investigation, Fischer said. He noted that similar efforts in Chicago and Baltimore took 13 months.

Last week, Garland announced a sweeping probe into policing practices in Minneapolis after the guilty verdict in George Floyd’s death.

Eileen Street produced the video component of this story.