Hundreds Rally in Louisville One Year After Breonna Taylor's Death

LOUISVILLE, Ky. — Several hundred people gathered in downtown Louisville Saturday to mark the one-year anniversary of Breonna Taylor’s killing at the hands of Louisville police. Members of Taylor’s family, along with local and national activists, honored the memory of the 26-year-old former EMT and continued to call for the arrest and prosecution of the police officers involved in her death.

“We pray that every officer and every elected official that had anything to do with the murder of Breonna Taylor would be arrested, convicted, and put in prison, as soon as you would deem,” Pastor Timothy Findley said in an opening prayer to the crowd, which spilled on to the streets surrounding Jefferson Square Park, dubbed "Injustice Square Park" by regular protesters.

Only one of the officers involved in Taylor’s killing, Detective Brett Hankison, has been charged with crimes related to her death. The three wanton endangerment charges against him are for bullets fired into the homes of Taylor’s neighbors.

Speakers at the rally included Bianca Austin, Taylor’s aunt; Kenneth Walker, Taylor’s boyfriend; Lonita Baker, an attorney for Taylor’s family; several members of the group Until Freedom, which organized in Louisville since last summer; and local activists who spoke about the policy change they want to see in response to Taylor’s killing.

“We still do not have a Breonna’s Law in Kentucky,” said Keturah Herron, a policy strategist at the ACLU of Kentucky who helped pass a ban on no-knock warrants in Louisville Metro Council. She called on those at the rally to fight for substantive change.

“We have to use our voice and demand the policy that is going to benefit us,” Herron told the crowd. “We have to leave the streets and go in the suites and flip the tables over.” 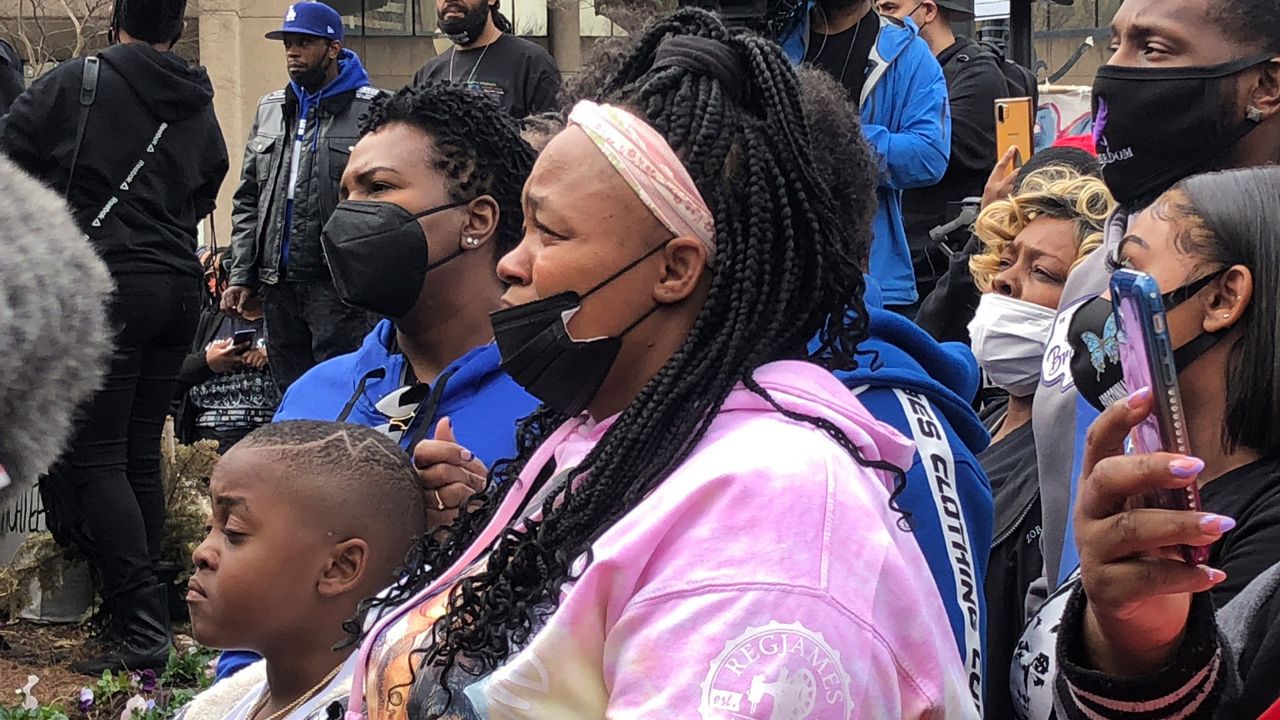 Tamika Palmer, mother of Breonna Taylor at the rally Saturday.

Speakers showed emotion as they raged at elected officials and remembered those impacted, including Jacob Blake, who was left paralyzed after being shot several times by police at point-blank range and Sean Monterrosa who was killed by police.

Other speakers urged unity and a continued fight for justice for all Black people in Louisville. Several speakers referenced Taylor’s mother, Tamika Palmer, who sat in the first row of the crowd.

After more than two hours of speeches, a crowd began marching down Jefferson Street. Members of Until Freedom led the march with a banner emblazoned with Taylor‘s face. Marchers carried signs saying “Breonna's Life Mattered” and “Justice for Queen Breonna.” 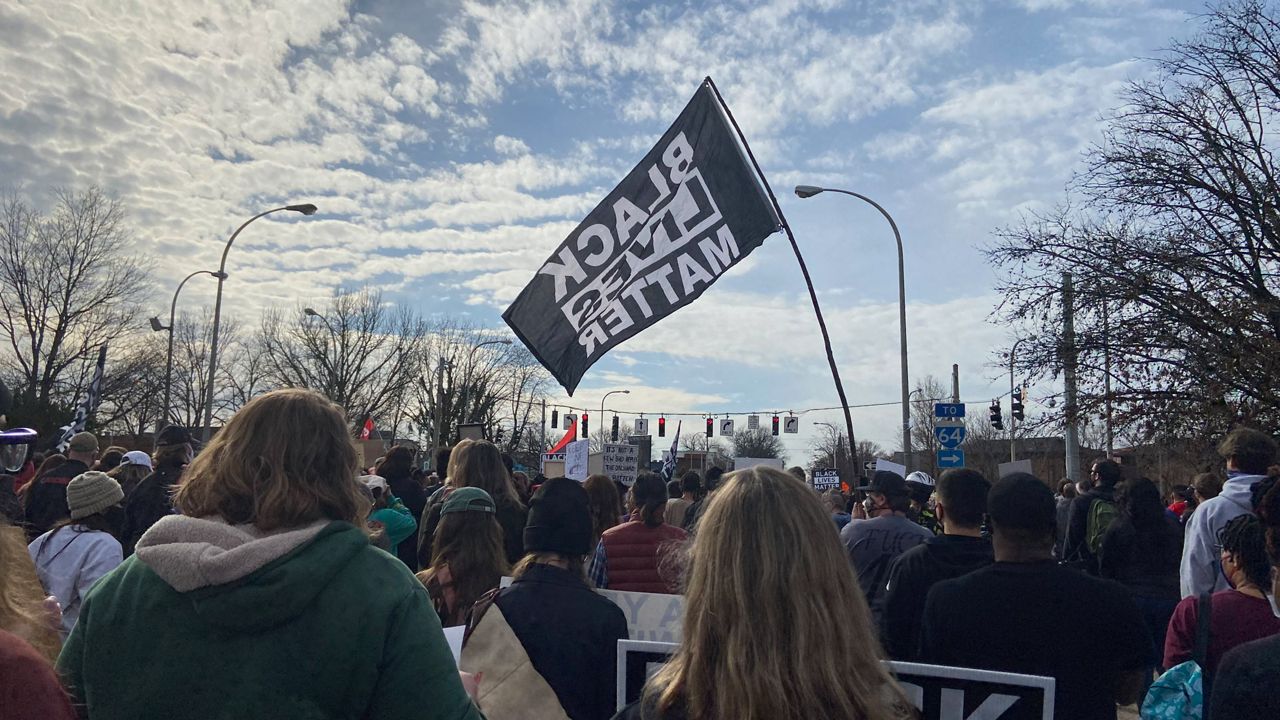 Marchers in Louisville on the one-year anniversary of Breonna Taylor's death.

It was a sight seen on Louisville’s streets countless times in 2020, when protesters held regular marches emanating from the park. Back at the Jefferson Square Park, local activist Stachelle Bussey reflected on a year of protests in a city that she said has changed.

“We are not the same city. You can travel all over the city of Louisville and see signs like ‘Black Lives Matter,” she said. “The community is coming together like I’ve never seen before."

Bussey said she expects the protest movement that began last year to continue, but perhaps in places other than Louisville’s streets.

“What I think is that we’re going to see a birth of leadership in this city that came from the racial uprising,” she said, mentioning the mayoral campaign of protest leader Shameka Parrish-Wright. “I don’t know if it will be marches, but I do know it will be people who are much more educated, trying to get into places to make decisions that help us have a better city.”