March Looks to Roar in Like a Wet Lion For Kentucky

The snow is gone after a stretch of mild days, and what we’re left with is a very soggy and muddy ground.  What we don’t need now is a ton of rain, but unfortunately some parts of Kentucky may have to endure that very soon.

The upper level pattern is going to favor a very active stretch of weather for the Ohio and Tennessee Valleys this weekend and early next workweek.  A trough is digging into the western United States, while the east is underneath a ridge.  That puts Kentucky in the path of storm systems and disturbances traveling northeast along the flow from the Four Corners region. 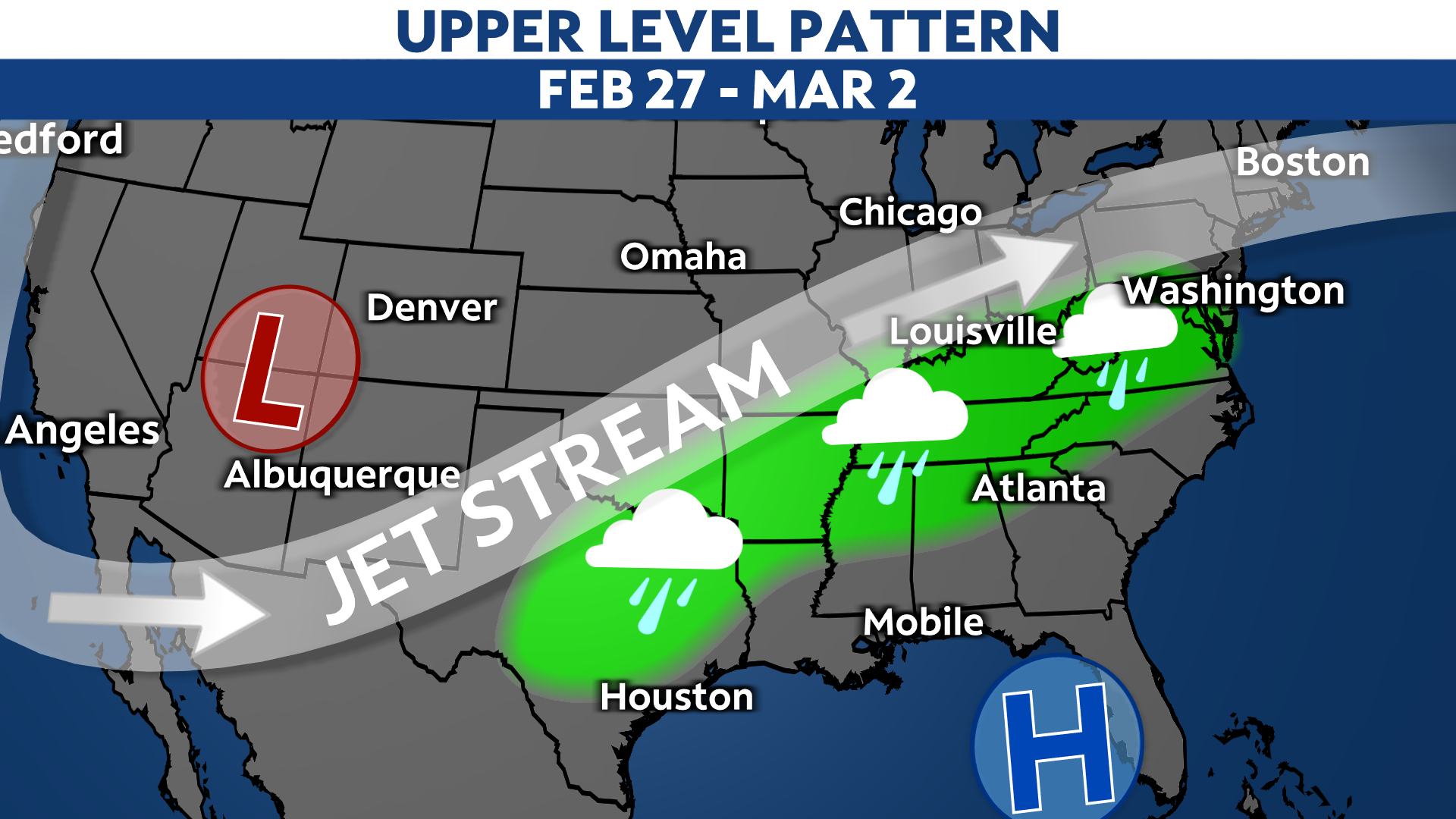 What this means for the Commonwealth is multiple rounds of rain.  We're still nailing down the exact timing of each round, but as of right now it looks like our first round arrives on Friday and Friday night.  The second wave, which has the highest chance of heavy rain, looks to move in Saturday night and early Sunday.  A third round of rain will possibly impact Kentucky late Sunday night.  More precipitation is expected on Tuesday.

By Tuesday night, rainfall totals could be as much as four inches or more in southern portions of Kentucky.  Lighter amounts are looking more likely farther north, with one to two inches near Louisville and northern Kentucky. 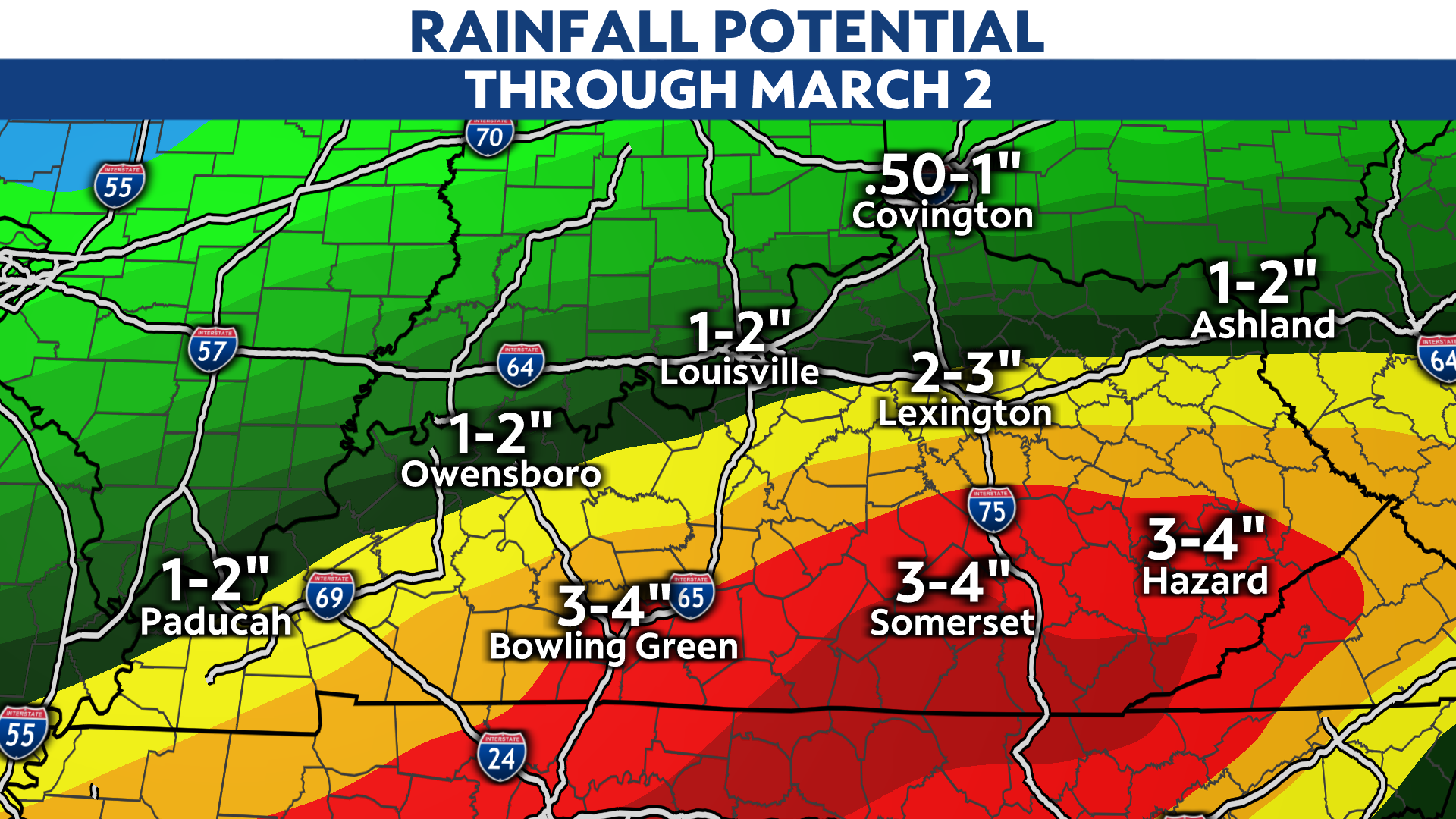 With a very saturated ground already in place thanks to the melted snow and ice, this will only make things worse.  We will certainly be watching trends in the forecast as area rivers and creeks may start to rise.