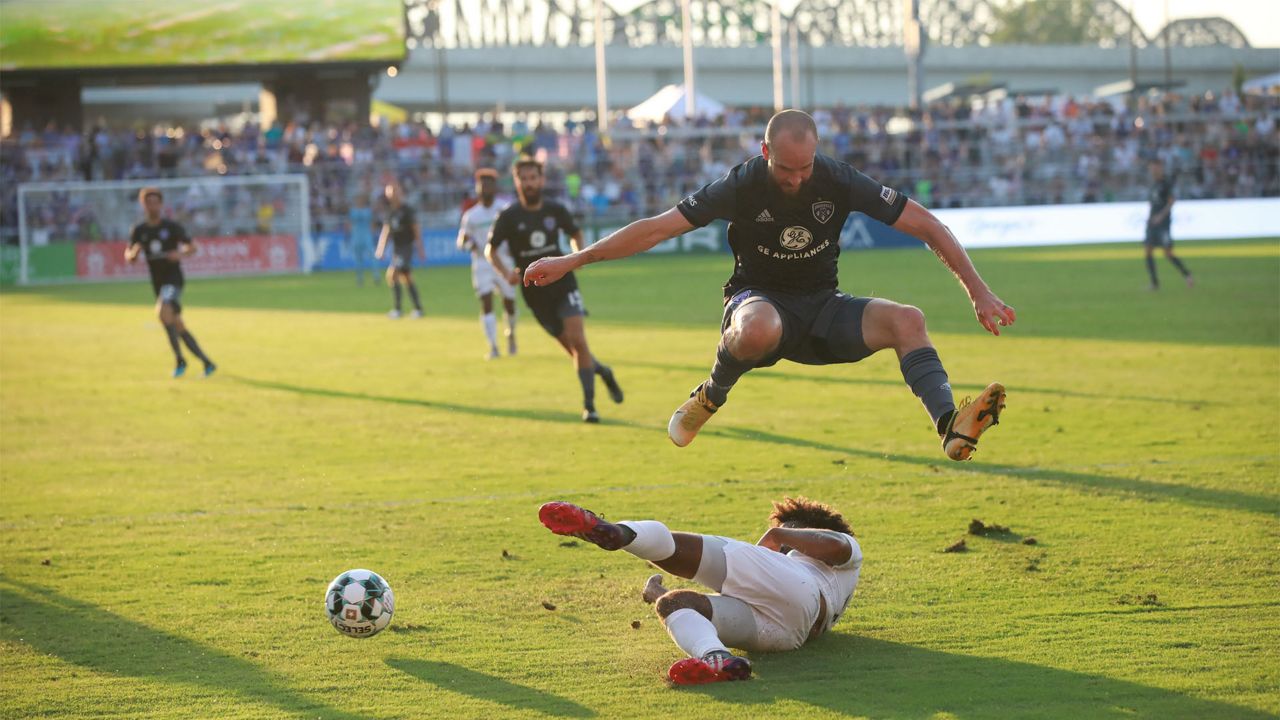 Louisville City misses out on big bucks with Gomez transfer

LOUISVILLE, Ky. — The 17-year-old Louisville City FC star will soon be taking his skills on the pitch to an international club.

At just 16 years old, Jonathan Gomez made his professional debut as a defender for Louisville City. Spending the majority of his off season training with European clubs before returning for his second season.

Gomez has appeared in nine matches this season, managing to grab two assists and two goals. An athlete that Lou City fans say they’ve enjoyed watching over the past two years. The Louisville Coopers is an organized fan group of Lou City and group's president said they've watched Gomez grow as a player in Louisville.

Herman Quinn Jr., president of Louisville Coopers said, “The last two years has been watching his growth from the first game that he played when he first came here to where he is now. To show that he has matured, that he has the right environment and the right nurturing and opportunities provided to him to see him grow to become the player that he is now."

Lou City’s most recent tweet said they “were thrilled that Jonathan Gomez, a talent beyond his years, is in conversations to join a prestigious European club after our 2021 season.”

According to sports website The Athletic, Louisville will only receive around $100,000 for Gomez, when transfer fees can range between millions of dollars.

“Well that money could help a lot with paying off the stadium and training field and all that. But like I said we're learning, and the only thing it's to do is open up more doors,” Quinn Jr. said. “Yes, they did get a bad deal time but look at the rewards they are going to reap because of this. Now they know what to look for but also this is good advertisement that hey if he can go there and do it then I can.”

The article goes on to mention that the Lou City contract allows Gomez to leave for free after a season if John Hackworth, the former Lou City head coach, left Louisville.

“I'm kind of disappointed that was in the contract because that is not a common practice and it's not a good look on a person when you’re doing things to benefit yourself and others because this is about the whole operation not just one individual,” Quinn Jr. said.

The Athletic mentions Jonathan Gomez is expected to join Real Sociedad, a Spanish soccer team in the nations top professional league, La Liga at the end of the 2021 Lou City season. Gomez won’t be able to make the move to Spain until he turns 18 in September.