From the Ivy League to Churchill Downs. Meet the men behind Hot Rod Charlie

LOUISVILLE, Ky. — Every horseman dreams of winning the Kentucky Derby and this year five young men have a shot at horse racing's ultimate prize.

Five former Brown University football players decided to turn their friendship into a partnership and traded in the football field for horse tracks.

Pat O'Neill knows a little about horse racing. He's the nephew of two-time Derby-winner trainer Doug O'Neill, who won the 2012 Derby with I'll Have Another and the 2016 Derby with Nyquist. The younger O'Neill said, "The big joke in our family is that I was pretty much born in a stall."

Racing is in his blood and it's a passion he pass on to his then roommates.

Alex Quoyeser remembers how the whole thing started. He said, “When we were in college, Pat actually bought the horse racing package on our TV.”

Watching races on TV turned into a trip to Del Mar after college. Reiley Higgins, another former roommate was all in. “It’s hard not to have fun with the O’Neill’s at the track,“ he said.

So now that the group was hooked on horses, they thought "Why not get into horse ownership?" They knew they already had a great connection.

“We created this company Boat Racing LLC, purchased two horses," said Patrick O'Neill. "To be completely frank, the first two horses weren’t that great. We had one shot left, and thank the Lord that one shot ended up being Hot Rod Charlie,” added the trainer. 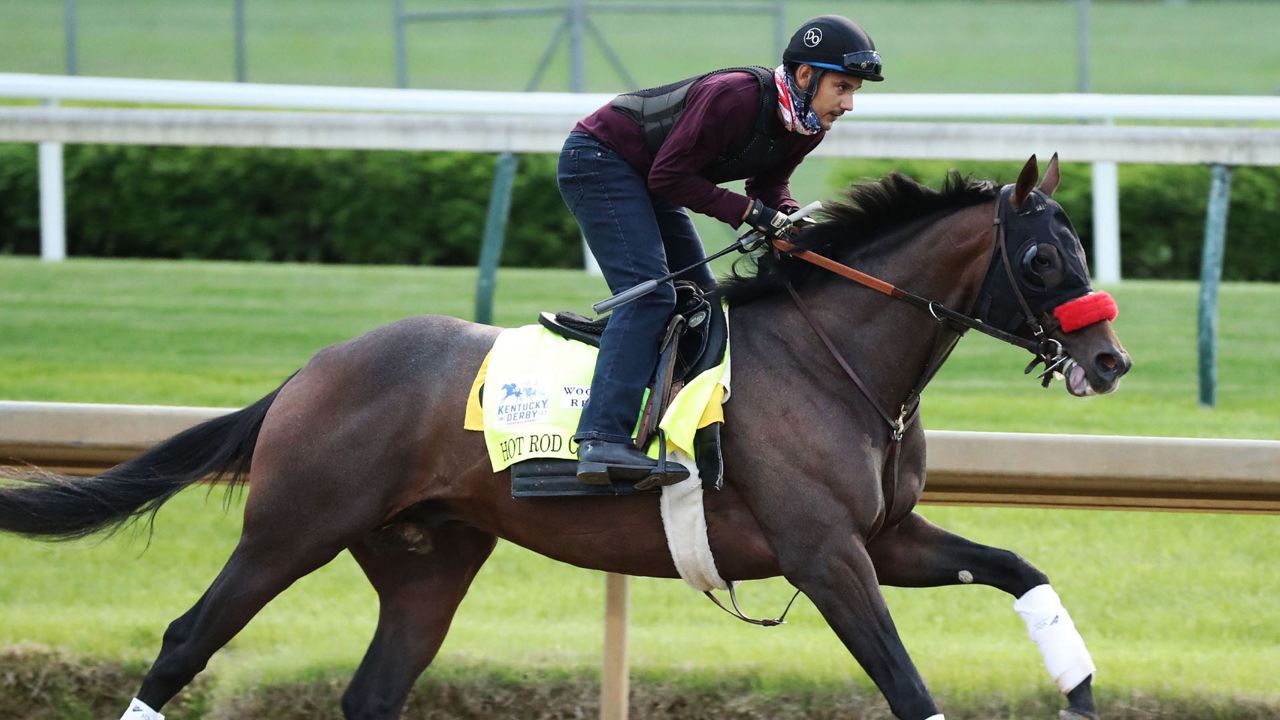 Hot Rod Charlie will be ridden by jockey Flavien Prat and right now is going into The Derby at 8-1. For some, this will be their first time at The Derby, let alone as owners of a contender. It's an accomplishment many work years to achieve.

Eric Armagost is another of the co-owners and said, “Our kind of thing is, it’s horse racing for the people. We are a bunch of 28-year-old young professionals that know relatively little about horse racing compared to the others we are surrounded by."

“It’s unbelievable," added Reiley Higgins. "I mean, we are so blessed and so lucky. We know so many have been in this game much, much longer than us.”