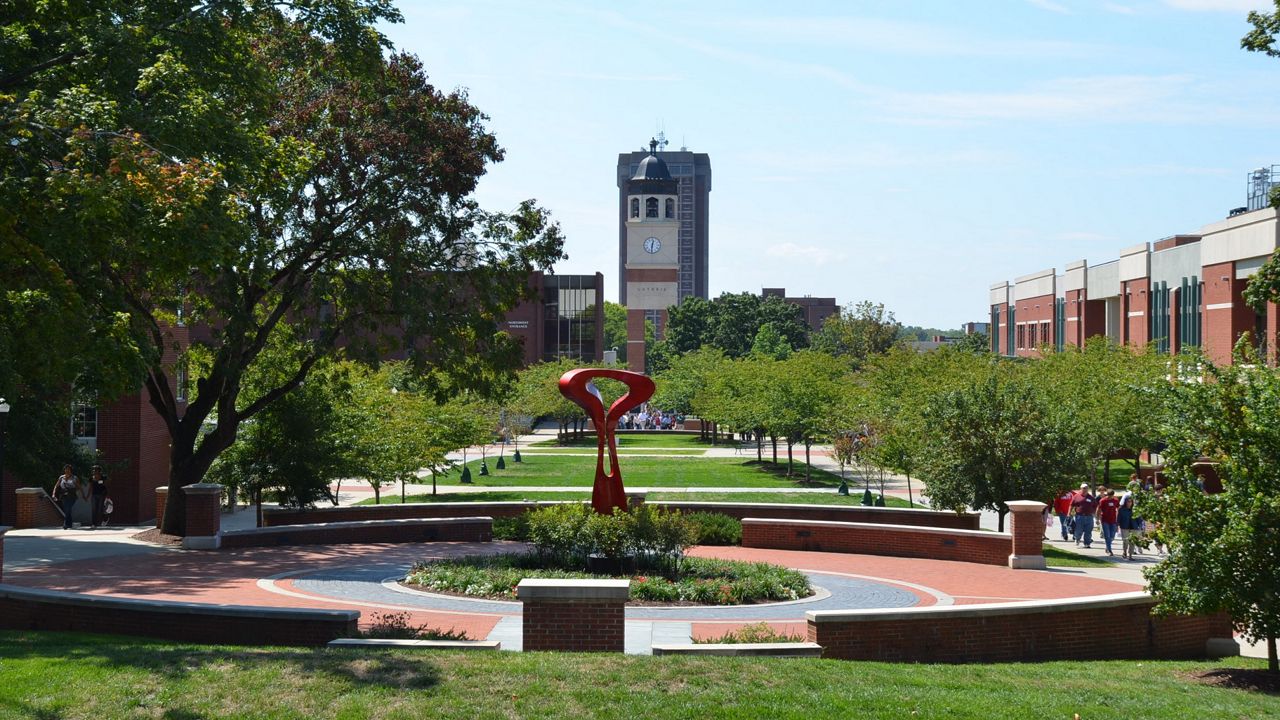 WKU on edge after pair of bomb threats

BOWLING GREEN, Ky. — Students and members of the Western Kentucky University community are on edge after a pair of bomb threats were discovered on Wednesday.

Both threats were eventually dismissed as unfounded, and classes were set to resume at 1:50 p.m. CT.


The first "potential explosive device" was discovered on WKU's campus in Cherry Hall at 10:29 a.m. CT, university police said in a campus-wide alert. All classes were suspended shortly before 11 a.m.

At 12:07 p.m., police announced that the ATF had given an all clear, determining that the suspicious material was construction related and "posed no threat to campus." In that update, classes were said to resume at 1:50 p.m. CT.

That was before WKU police reported that a bomb threat was made on social media, targeting a campus parking structure. Police shared the alert at 12:15 p.m. CT, less than two hours after the first alert, and advised the campus community to stay away from Parking Structure 2.

The final all clear was delivered just before 1 p.m. local time, and classes are set to resume at 1:50 p.m.

12:59pm update: Anonymous threat against PS2 on social media was unfounded. Person of interest in WKUPD custody. No threat to campus, PS2 has been cleared. Classes are still set to resume at 1:50pm.

WKU Police say that threat was “unfounded” and they have a “person of interest” in custody.

Police also noted the “person of interest” referred to a bomb threat at the parking garage using the social media app, YikYak.