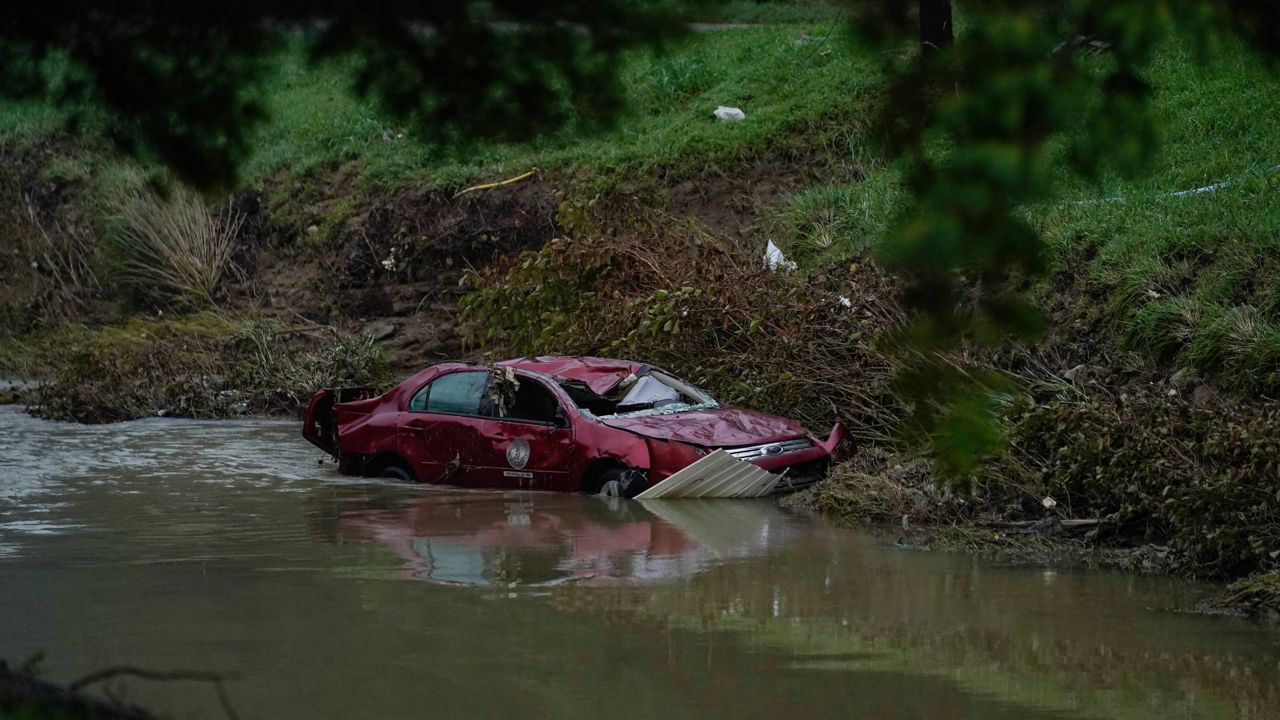 A damaged car sits in the water on Wednesday, Aug. 3, 2022, in Hindman, Ky., after massive flooding carried the car to the water. (AP Photo/Brynn Anderson)

'Costliest of all the climate hazards:' Report shows flooding more likely in Kentucky over next 30 years

LOUISVILLE, Ky. — As a flood watch lingered in part of the Commonwealth on Monday, a nonprofit organization’s report showed Kentucky will see more chances of flooding in the coming years.

In Kentucky’s next three decades, the state has more than a 26% chance of being severely affected by flooding, which the report found to be one of the costliest climate disasters possible.

“I think that the foundational climate change that’s happening to changing the environment is the increasing warming atmosphere,” Porter said.

“One is that we’re seeing air that’s warmer can hold more water vapor and for every one-degree increase in air temperature you can hold 7% more water vapor in that air. So one thing and it feels hotter because now all of a sudden you have more humidity in the air, but the other thing is the extreme precipitation events are occurring more often,” Porter said.

This means more rain is falling. In turn, more floods are occurring.

“So what we see in West Virginia and what we see in eastern Kentucky, especially in the mountainous areas where the primary type of flooding is extreme, extreme precipitation, rainfall and then rainfall runoff into the mountains and into the smaller rivers and tributaries are exactly what we’re seeing in regards to the flooding events,” Porter said.

Porter said overall, the climate is more unstable. Which will lead to a variety of extreme weather events in the coming decades.

“You’ll see a drier West, which means there’s gonna be more wildfires. And in the East in the Midwest, there’s more humidity in the air and more water vapor in the air, which means there’s gonna be more extreme rain events,” Porter explained. “So there’s a lot all of these things are connected to one another and they all have to come they all come back to the foundational warming overall on average of the planet.”

He called floods the costliest of all climate hazards, capable of affecting and wiping out communities. Flooding also cuts off access to utilities, emergency services, and transportation, and may affect the overall economic well-being of an area.

“So looking at all of the climate and climate scenarios, we wanted to tackle the ones who are most impactful to people’s lives and impacted the most people in terms of the spatial coverage,” Porter said.

The nonprofit also created an online tool called Risk Factor. It’s where you can put in your zip code and the site will generate risk levels of heat, fire and flood in your area.