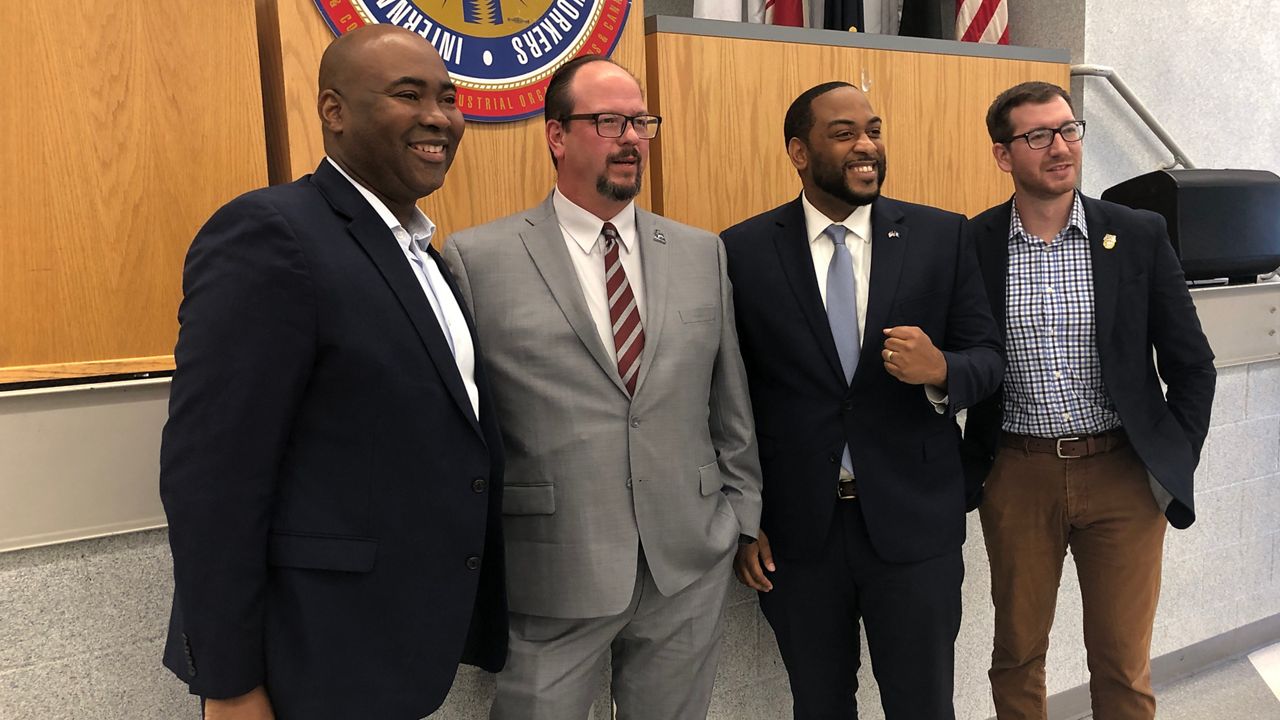 LOUISVILLE, Ky. — A Democrat hasn’t represented Kentucky in the Senate since the 90s. That's a narrative Charles Booker wants to change.

“We’re wanting to make a statement that’s clear: Kentucky is flippable, and we are going to win this race,” he said. “And national folks are taking note.”

“The people of Kentucky understand that for years, they have not had the representation they deserve in Washington,” Elridge said. “And we are committed to changing that.”

Elridge said having the DNC chair here also means he gets to lobby for more resources from the national party.

Booker said the meeting is another step towards convincing voters that his campaign is worth paying attention to.

“So many people have given up on the idea that things can change, and I don’t blame them,” Booker said. “A lot of folks feel alone, and taking this stand on my own as a regular person saying that I believe in Kentucky, I love this place, and I know we can change things.”

Booker is running against incumbent Sen. Rand Paul (R-Ky.), who has served in the U.S. Senate since 2011.