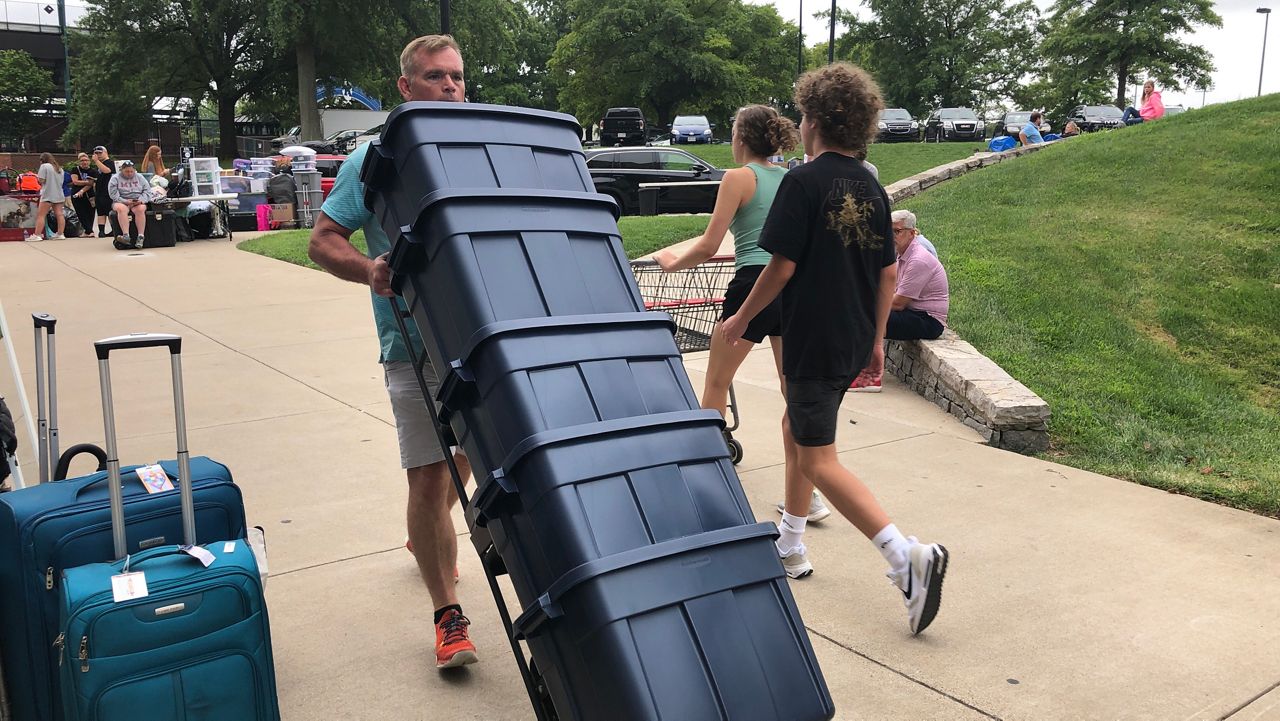 Thousands of people are expected to move in to the University of Kentucky this week. (Spectrum News 1/Joe Ragusa)

Wildcats begin moving in at the University of Kentucky

LEXINGTON, Ky. — More than 6,000 students are expected to move in this week at the University of Kentucky.

Incoming freshman Riley McLaughlin of Maryland got the go-ahead to move in to her dorm around four hours after they arrived on campus.

Aside from the long wait because her room wasn’t ready, she said she’s anxious about the upcoming school year.

“I’m still nervous,” McLaughlin said. “It’s very new to me, obviously, so I’m looking forward to it but, I don’t know, it’s nerve-racking.”

The McLaughlin family was one of several camped around one of the dorm buildings, and even though they waited for a few hours, Riley’s mom, Renee, said it wasn’t too bad.

“It could have been blazing hot, and it could have been raining, so for the weather, I’m very grateful,” she said. “And it’s really not that bad: we spent the time together, everybody’s in the same boat, and circumstances beyond anyone’s control.”

The wait for fellow incoming freshman Ian Phares wasn’t as bad — only a couple hours.

“I think the traffic control was impressive,” he said. “And we have a lot of help moving the actual stuff, so it’s pretty good.”

Phares comes from Pittsburgh, and specifically choose the UK over the University of Pittsburgh because he said he likes the distance away from home.

He said he’s excited to start college, even though it’s a new world away from his family.

“I’m kind of wondering what I’ll do once they leave,” he said. “I know we have something going on for the (Living Learning Program) at 7. Still don’t really know what it is, but at 7, I’m going somewhere, doing something.”

Move in week continues Tuesday and Wednesday before the first day of classes on Monday, Aug. 22.