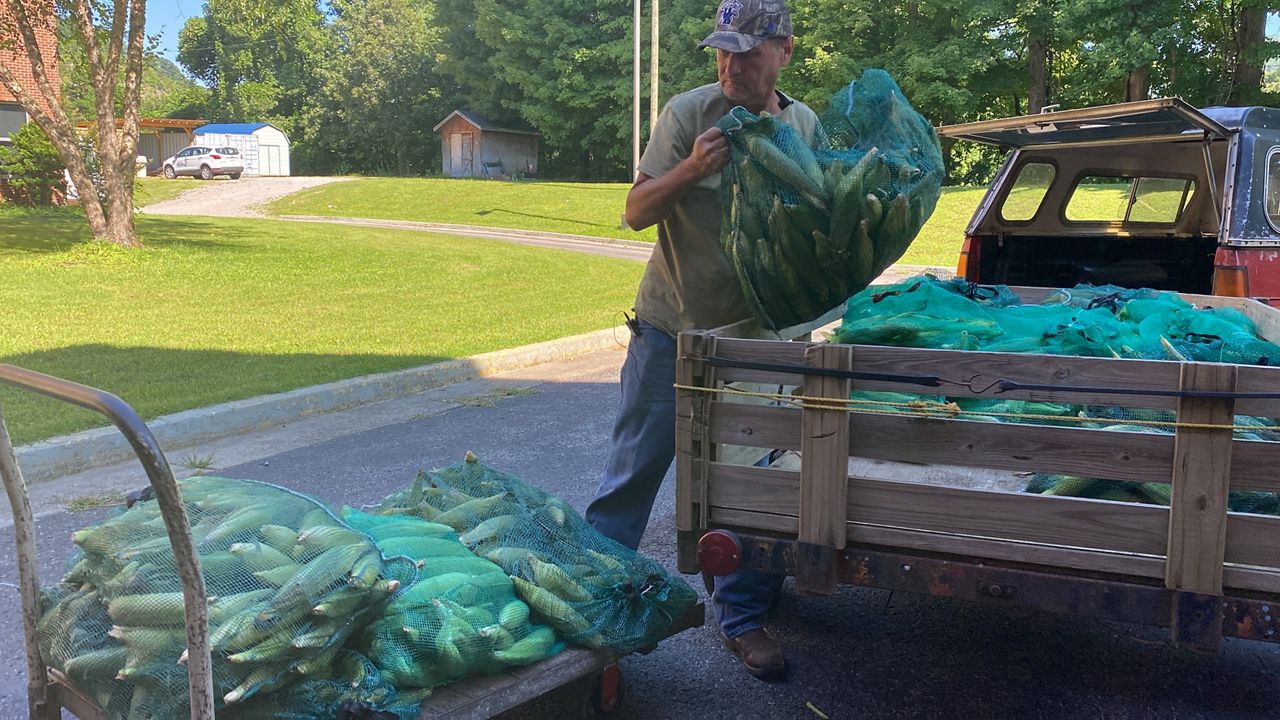 Andrew Noyes is a Perry County native. He moved to Pulaski County 20 years ago and started a farm, but returns home to sell his produce at the Perry County Farmer’s Market. (Spectrum News 1/Ashley N. Brown)

“There’s a million and one things you could do a lot easier to make more money, but it affords me the lifestyle that I like. I like to grow things,” said Noyes.

He’s been selling his produce at the Perry County Farmer’s Market for the past 15 years.

“It’s a community thing. Even though I don’t live here now, it’s still my hometown and I consider it my home and all the people here are my neighbors,” said Noyes.

His hundreds of pounds of fruit and vegetables will be divided and delivered to neighbors who need the most — 500 families in remote and hardest hit areas of flooding.

“It was a bad year for it on top of the inflation and things that people are seeing already, and for this to happen — to lose what they do have — their electricity was out for weeks and they had food in their freezer that they lost,” says Noyes.

The Lee Initiative, a nonprofit, purchased produce from farmers like Noyes who rely on the market as a source of income for the food boxes.

“As you can imagine once flooding occurs it’s not just the initial damage, but it’s long-term damage to our economy as well and part of that economy is our local food network which we worked really hard to build,” said Perry County Farmer’s Market Manager Kirsten Webb.

Webb said the partnership is making good on a promise to the community and farmers.

Noyes said he is blessed that his farm was not flooded, and that his produce won’t go to waste.

It’s a worry he had, given a large number of displaced customers.

“It’s a tough year and there’s a lot of farmers in their mind right now not really whether or not they are going to make x amount of dollars. They know it’s not going to happen. It’s a matter of trying to stay alive to be able to get up next year and go out and put those seeds in the ground and try it again,” said Noyes.

Noyes says it’s a tough job, but one the community relies on.